TULALIP, Wash.- “I never want to look at my granddaughter and say, sorry, there’s a one in three chance that you’ll be raped, sweetie,” exclaimed Theresa Pouley during the Lifting Our Sisters Up event held at the Hibulb Cultural Center on Feb 13th.  Theresa Pouley is Chief Judge at Tulalip Tribal Court and a Colville tribal member; she was selected as one of the four witnesses asked to speak at the event.

It’s a shocking statistic when you realize it and if you turn to count the number of women in your own family; one in three of these women may have reported some type of sexual violence. Keep in mind though, 54 percent of sexual assaults are not reported to police. Until a remedial solution is found, Native woman will remain unprotected through current laws.

For Native women that are victims forging their way to become survivors, it is an uphill battle with the current laws in place today. The current ruling comes from a 1978 United States Supreme Court case, Oliphant v. Suquamish. The Supreme Court sided with Oliphant, stating that Indian Tribal courts do not have inherent criminal jurisdiction to try and convict non-Indians. The ruling ultimately left a loophole for offenders in which violence involving a non-Indian and an Indian on tribal land will result in the case being moved to federal court and since many cases don’t make it that far, and are unable to be prosecuted in tribal court offenders are able to walk free.

At the Lifting Our Sisters Up event Native woman gathered to share the painful truth of the peril that Native American woman are facing. Tulalip Vice Chairwoman, Deborah Parker opened the event by speaking encouraging words, “Today we are hoping to lift each other up, as sisters, as mothers, as aunties. Hopefully the words that are said here today will help you with your healing”. 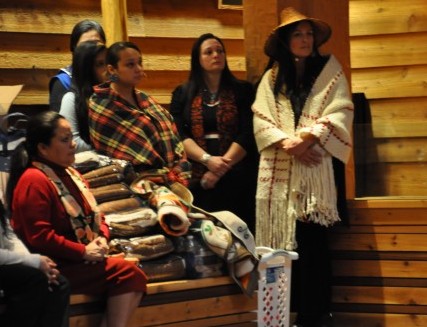 The day of healing was filled with songs, prayers, and many tears. Women from Tulalip and surrounding tribes came forward to recount some of the most painful moments in their lives in order to break the silence and say, violence against Native women is more prevalent than you know, because it happened to them.

Tulalip Tribal member Carolyn Moses related memories of her youth growing up with domestic violence in her home life. She explained how her mother learned to be strong, and became a single mother who worked two jobs so that she could break the cycle of domestic violence and her children and her grandchildren would not have to endure it in their futures. 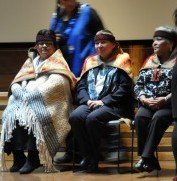 The Lifting our sisters Up event enabled women to speak out and tell the stories that are rarely shared in order to heal their spirit so that they may grow to be stronger women. The act of sharing personal hardships relieves some of the weight and to let go of the pain that can hold them down.

“Share your story, if someone can take what happened to you and use that. If someone is reaching out to you, help them, no matter if you get along with them or not,”  urged witness and Tulalip tribal member Courtney Sheldon after recounting the injustices made against herself and her loved ones. 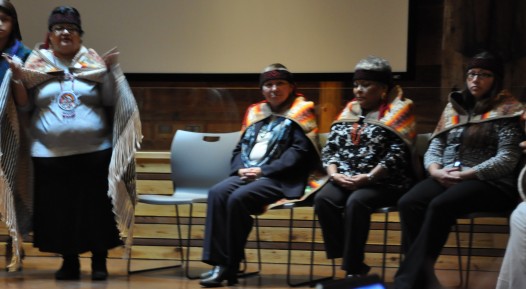 In order to overcome this hardship the laws in place need to change, whether it comes through VAWA or other means. Some may say they don’t understand the need for this type of rule adjustment and will even call it unconstitutional for non-Indians to be prosecuted in tribal courts. But, violations against Native women and some cases Native men need to be halted and the violators need to be held accountable for the life they ruin. What chance does a culture have to thrive when it is being torn down?

“We [Native Women] are an endangered species and what will happen to our tribal nations?” argued witness Cheryl Coan; who is from the Dine’ Nation and works at Tulalip’s Legacy of Healing.

To help spread the truth Canal Plus was invited to document these stories. Canal Plus, a French premium pay television channel that airs throughout Europe is similar to HBO in the U.S. Featured among many television selections, short documentary segments which focus on stories that are seldom told. Intrigued by the situation, Canal Plus traveled to Tulalip in order to document the stories of Native American women and the accounts of sexual assault and acts of violence which plague Indian Country.