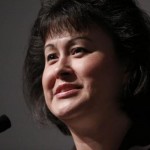 The many ways the federal government’s sequester will hurt Indian country are easy to see. The National Congress of American Indians has released a policy paper saying that tribal economic growth has already been thwarted; the National Indian Education Association has said the cuts “devastate” Indian education; and Native journalist Mark Trahant estimates that the overall financial reduction for funding in Indian country totals $386 million—and that’s just through the end of September.

In all, the joint decision by Congress and the Obama White House, first made in 2011 and carried out on March 1, to allow an across-the-board 9 percent cut to all non-exempt domestic federal programs (and a 13 percent cut for Defense accounts)—known collectively as the sequester—amounts to a major violation of the trust responsibility relationship the federal government is supposed to have with American Indians, as called for in historic treaties, the U.S. Constitution and contemporary American policy.

While all of the cutbacks are troubling and difficult to bear, perhaps the most problematic of all are the ones happening at the Indian Health Service (IHS), housed in the U.S. Department of Health and Human Services. The IHS must offer healthcare to enrolled tribal citizens, providing services for what are often the poorest of all Indians who live on reservations and can’t afford other healthcare.

With even the smallest of federal cuts, the agency—which has been vastly underfunded, by most tribal accounts, for decades—would have a more difficult time carrying out its mission. But it turns out that a sequester miscalculation—made through a combination of IHS error in misreading relevant law and a judgment call by the Office of Management and Budget (OMB)—has ended up costing tribal citizens much more than they were originally told.

IHS Director Yvette Roubideaux and her staffers had said at various tribal meetings and in letters throughout 2011 and early 2012 that “the worst-case scenario would be a 2 percent decrease from current funding levels” for IHS, rather than the 9 percent that was forecasted for most federal agencies if the sequester went into effect.

But Indian country began to learn late last year that Roubideaux’ predictions were wrong. IHS would be cut on March 1 at the same rate as every other non-protected agency. And since IHS was late to the game in planning for the larger cut, it didn’t work as aggressively at saving and protecting its resources as it could have. Also—and perhaps most egregiously—it fed tribes misinformation that cost them months of planning and advocacy time. “It’s unfortunate that we all relied on [IHS’s] earlier interpretation, because we could have addressed this earlier with the administration (especially the OMB) and the Congress,” said Jim Roberts, a policy analyst with the Northwest Portland Indian Health Board.

“Had IHS communicated the correct information in the previous fiscal year, tribal care providers that receive IHS funding would have been able to modify their budgets so they would have had more resources for this year—and thus the cuts to tribal citizens wouldn’t be as steep,” added Lloyd Miller, an Indian affairs lawyer with Sonosky Chambers who has worked on many lawsuits involving the agency. “The earlier tribal providers could have been planning for disaster, the better. In this case, tribes lost a whole year.”

Roubideaux’ error happened because she was relying on internal analysis that indicated IHS would be protected in the same way services for veterans served by the U.S. Department of Veterans have been protected from steep cuts. Specifically, IHS leaders relied on the 1985 Balanced Budget and Emergency Deficit Control Act (BBEDCA), which included a specific provision that named IHS as having a limited percent reduction under a sequester order, according to the agency.

Constance James, a spokeswoman for IHS, confirms that Roubideaux’ statements about the budget reduction being limited to two percent were based on the agency’s reading of the BBEDCA.

But then, in September of last year, OMB told IHS that the 2011 Budget Control Act, which would implement the current sequester, did not contain the BBEDCA provision for the agency. Or at least that was how the OMB’s Office of General Counsel was interpreting it, according to James.

With that OMB direction, Roubideaux quickly began backpedalling, telling tribal leaders since September 2012 that IHS and the thousands of tribal citizens it serves would be subject to the full sequestration.

IHS is now working overtime explaining the change, probably because officials there are worried at least in part about congressional oversight. Indeed they should be, as some Congress members are threatening investigations over the misreading of the law, with concerned tribal leaders saying they too would like answers.

On March 1—the day the sequester order was signed by President Barack Obama—Roubideaux held a conference call with some tribal leaders in which she explained that because of the shortened fiscal year, the full amount of this reduction will be done over the next seven months, since the first six months of fiscal year lump-sum funding has already been released to tribes.

Roubideaux has also asked tribal care-providers to be very conservative in their spending until the full impact of sequestration is known. The agency is also working to transfer any remaining continuing resolution-funding out to self-governance tribes as soon as possible, in accordance with the terms and conditions of respective Title V compacts and funding agreements.

The agency is trying to deflect blame for this mistake from Roubideaux. When asked if it was the IHS director’s fault that the law was misread, James said via e-mail, “These are administration determinations based on OMB [Office of General Counsel] guidance. So, no this is not an agency (Roubideaux) interpretation.”

But that response isn’t enough for Roberts and other tribal health and legal experts monitoring the situation. “They misapplied the law,” Roberts says. “Their response does appear to sum it up.”

Miller says the interpretation was “patently incorrect” and that it would be good to know who at the agency was relying on a nearly 30-year-old law as applicable to the current situation. “Were they relying on a legal opinion? If not, why not?” he says.

On top of these concerns, Roberts also cautions that tribes need to be prepared to expect furloughs and reductions in service at IHS direct-managed sites. The National Congress of American Indians says that the sequester will decrease inpatient admissions by 3,000 and outpatient visits by as much as 804,000 in IHS and tribal hospitals and clinics.

There seems to be little or nothing that can be done to ease the devastating pain this sequester will bring to Indian country. Charlie Galbraith, the Associate Director for Intergovernmental Affairs at the White House, said at a February gathering of tribal leaders of the United South and Eastern Tribes in Washington, D.C. that “the way we protect tribal priorities is to avoid sequester.”

But the White House didn’t avoid sequester, so now what? When asked by tribal leaders if tribes could be exempted from sequestration, given the Obama administration’s strong belief in federal-tribal trust responsibility, Galbraith said, “That’s just not going to happen. We have the entire military machine, every lobbyist, every contractor, trying to exempt the military provision—the president is not going to cut this off piecemeal. We need a comprehensive solution that is going to address the real problem here.”

In other words, if the Obama administration protected federal-tribal trust responsibility by preventing cuts to Indian programs, “it weakens our argument as a whole,” Galbraith said. “We need the support of Indian country out there being public, writing op-eds, on Facebook, on Twitter, telling the American people how important it is that we come to a balanced solution that raises revenues and cuts spending in an appropriate, reasonable way.”

In the end, all that’s left to be done is to accurately calculate the damage, and to try to advocate for Congress to restore funding as soon as possible. That’s what Trahant, a citizen of the Shoshone-Bannock Tribe, has been doing by detailing the intricacies of the austerity measures on his website, which grows increasingly popular as tribal communities began to realize the extent of the damage as the sequester kicks in.

The staff of the NIHB is also looking for legislative solutions. “[W]e are seeking a legislative fix that would exempt IHS from the sequester,” says Stacy Bohlen, director of the organization. “We [have been noting] that all health programs supported by the federal government, with the exception of Indian Health Service, are not subject to sequestration. This is not okay.”

Indian leaders could also press for Roubideaux to be punished, but some say there is general reluctance to do that, since she’s done a solid job of addressing many tribal needs since beginning her tenure in 2009. “There’s always fear in biting the hand that feeds you,” says Miller. “But these are legal questions, not policy questions. This is not rocket science.”

Members of Congress who have expressed dismay at IHS leadership shortcomings over the years, are less inclined to be forgiving. Laura Mengelkamp, a spokeswoman for Sen. John Barrasso (R-Wyoming), says her boss, a medical doctor by trade and vice-chair of the U.S. Senate Committee on Indian Affairs, is extremely concerned about the IHS situation. “The IHS may have made an unfortunate mistake or misinterpretation of sequestration that created confusion about the impacts of the law,” she says. “Sen. [John] Barrasso [(R-WY)] believes that the OMB should have shared its findings/report and fully consulted with the Indian tribes on this issue much earlier in the process.”

Rep. Don Young (R-Alaska), chair of the U.S. House Subcommittee on Indian and Alaska Native Affairs, went further, saying, “The administration has been playing a political shell game when it comes to the impact of sequestration on the Indian Health Service budget. At first, tribes were assured that all IHS programs would fall under the Budget Control Act’s two percent limit. … Now the administration has backpedaled and claims that IHS’ discretionary appropriation is fully sequesterable. Ultimately, this is another example of the federal government actively undermining its trust responsibility to our Native peoples.

“Fully exempting the Department of Veterans Affairs budget from sequestration is an acknowledgment of our sacred responsibility to our troops,” Young added. “I am angered by the administration’s double-standard. How can they choose to uphold one sacred responsibility and not another? I certainly plan to conduct vigorous oversight of the Indian Health Service in this Congress, and we will obtain answers from the Service as to how it is managing its budget issues.”