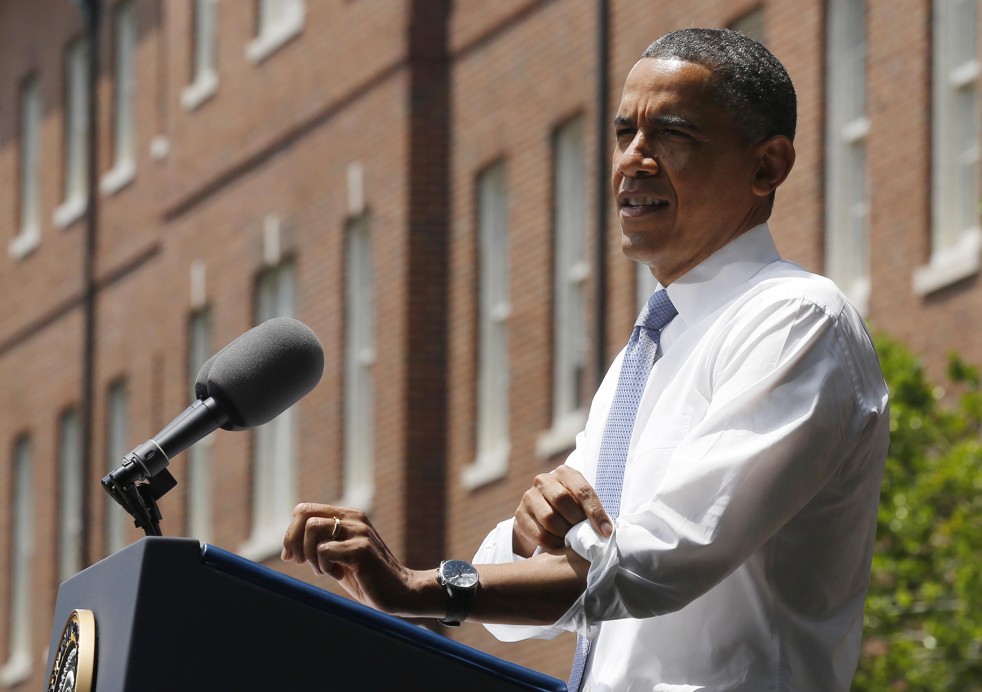 What did we learn from President Obama’s climate speech Tuesday? Here are five takeaways.

1. He won’t duck the climate implications of Keystone XL, even though he may still end up approving it. Obama declared, “Our national interest will be served only if this pipeline does not significantly exacerbate the climate problem.” That means the administration will be analyzing whether approving the project will generate more greenhouse gas emissions than blocking it would. However in its draft environmental impact assessment, the State Department indicated that even if the president denies a permit to TransCanada to build the project, the oil in Alberta may be shipped to the U.S. by rail, leading to comparable emissions. So Obama’s final decision will largely depend on how his deputies crunch the numbers.

2. Electric utilities will face stricter carbon limits, but we won’t know for a year what they will look like. Obama said when it comes to power plants being able to emit unlimited carbon for free: “That’s not right, that’s not safe, and it needs to stop.” But under the timeline he issued today, the Environmental Protection Agency won’t issue a proposed rule on existing power plants until June 2014, and won’t finalize it for another year after that. As American Electric Power’s president and CEO Nick Akins said in an interview after the speech: “So the devil’s still in the details.”

3. The president is willing to demonize climate skeptics. “We don’t have time for a meeting of the Flat Earth society,” the president said, a shot across the bow given the fact that most congressional Republicans question the link between human activity and global warming.

4. The Obama administration will apply the climate test broadly, to decisions ranging from flood insurance to federal road projects. One of the least-trumpted and most significant elements of the new initiative is that the White House will now factor in climate impacts to a host of decisions, including how to construct new projects and rebuild after federal disasters.

5. Obama hopes to secure a few international climate agreements by the end of his second term. It’s not unusual for second-term presidents to focus on foreign policy; Obama made it clear in his speech that it was time for the U.S. “to lead” on climate, by striking a handful of accords on greenhouse gas emissions. That could include a global agreement to phase out hydrofluorcarbons, potent greenhouse gases used in refrigerants and air conditioning, as well as a bilateral climate agreement with China.