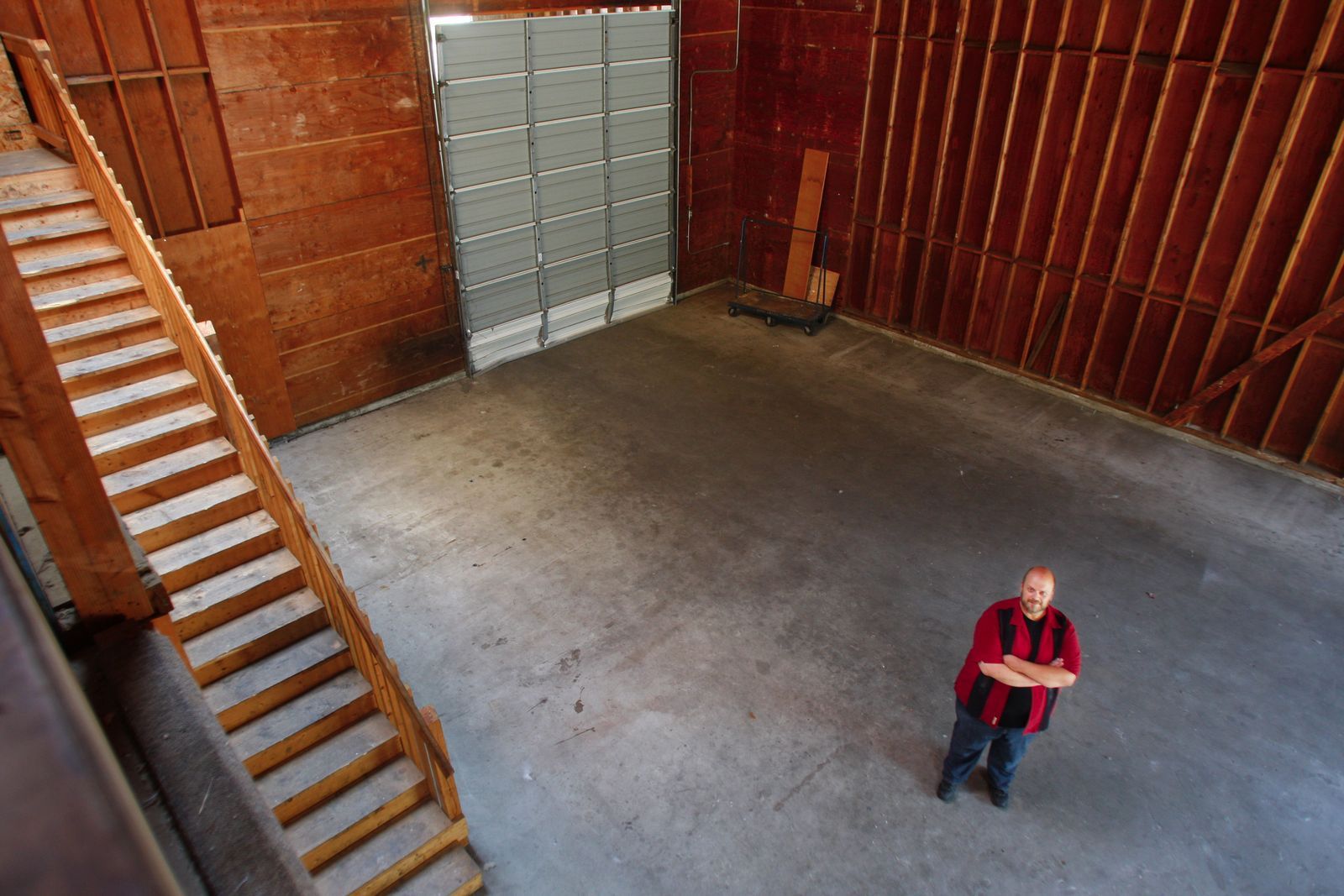 Sean Ryan / The Herald
Scott Randall, a board member for the Red Curtain Foundation for the Arts says a former lumber store has the space the foundation needs for its programs in Marysville.

MARYSVILLE — Where lumber once was stacked, the Red Curtain Foundation for the Arts hopes someday to store its theater sets.

The nonprofit foundation has a lease-purchase agreement with the owners of Dunn Lumber Co. for the company’s 10,000-square-foot commercial building at 1410 Grove St.

The Marysville-based arts education organization plans to transform the $1 million space into a hub for the performing arts, as well as provide room for fine art shows, classrooms, meetings and community gatherings.

Red Curtain, founded in 2009, hasn’t had a place to run its programs in Marysville. For example, most if its plays and the Hometown Hootenanny music series have been staged at the Historic Everett Theatre in downtown Everett.

“It’s always been our goal to serve the greater Marysville community and north Snohomish County,” said Scott Randall, a Red Curtain board member. “This is a project we will do in phases as we raise the money, but we already plan to present a Christmas play in the new space in December.”

The old lumber sales building has a lot going for it, Randall said. It has plenty of room for a box office, a lobby, a script lending library, a stage that can be re-configured within the space and a large backstage “green room.” The former loading dock could be transformed into a covered deck for outdoor concerts, and outdoor theater is possible in back of the building, Randall said.

Marysville is coming into its own with a cultural shift that includes on emphasis on the arts, he said.

“We’re not just about the Strawberry Festival anymore,” Randall said. “The Marysville Arts Coalition, the school district, the YMCA, the library and the Tulalip Tribes have made big strides.”

“We are hearing a great response to the plans that Red Curtain has for the Dunn Lumber building,” she said. “People who appreciate the arts have always been here, but there haven’t always been many opportunities. The Arts Coalition looks forward to teaming up with Red Curtain, beginning with our November art show. Red Curtain will close the show with a free stage play.”

Next up for the Red Curtain board is the start of a fundraising and promotional campaign, Randall said.

“There is much work to be done and community support will be vital in this undertaking,” he said. “The best way to get something done is to just do it.”

For more information and to volunteer to help, go to www.redcurtainfoundation.org or contact Randall at randallrcf@gmail.com or 425-501-7604.