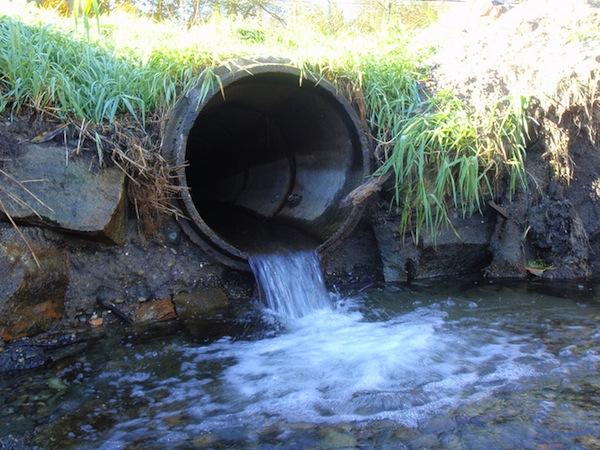 Northwest Indian Fisheries Commission
Although much work is being done to restore salmon habitat in the Pacific Northwest—such as replacement and repair of culverts, as pictured above—salmon habitat is being compromised faster than it can be put back together.

Millions of dollars were spent on salmon habitat recovery in 2012, and millions more are being spent this year. But a foremost salmon expert says that without federal coordination of those efforts, and enforcement of existing laws, we may have passed a tipping point.

“We need to bring salmon habitat restoration back to the White House,” said Billy Frank Jr., chairman of the Northwest Indian Fisheries Commission and one of the foremost salmon experts, in a 2012 telephone interview with ICTMN. He was about to walk into a meeting with Justice Department officials and members of Congress to ask that the federal government lead a coordinated salmon recovery effort.

“The federal government has turned over all of its responsibility to the state,” he said. “State agencies are broke and they’re not managing anything now.”

It took just 150 years to damage salmon habitat that had flourished for thousands of years. Development in shoreline areas. Dams. Fertilizers. Logging. Polluted storm-water runoff that ultimately made its way to the sea.

Today, dams have been torn down on the Elwha River. Culverts are being removed so that salmon can return unimpeded to natal streams. Dikes are being dismantled so waters can return to estuaries. Pollution sources are being identified and corrected. But according to studies by the Northwest Indian Fisheries Commission, Washington State is losing salmon habitat faster than it’s being restored, and Frank believes that federal leadership is needed to implement salmon recovery consistently across jurisdictional lines.

Salmon recovery involves many agencies and jurisdictions, but those efforts are often not in sync; in fact they frequently conflict with federal salmon habitat-recovery goals. In one example, the U.S. Army Corps of Engineers has issued permits for shoreline structures that salmon recovery goals seek to remove. In Washington State’s Shoreline Management Act, homes are considered a “preferred” shoreline use, although home development often is accompanied by the construction of bulkheads and docks. Shoreline armoring and riparian vegetation removal are within the jurisdiction of National Marine Fisheries Service’s policy governing enforcement of the Endangered Species Act, but “there appears to be only one instance of NMFS exercising its enforcement authority over these activities during the past decade,” according to a 2011 report from the fisheries commission, “Treaty Rights at Risk: Ongoing Habitat Loss, the Decline of the Salmon Resource, and Recommendations for Change,” which led to an ongoing initiative of the same name.

But little has changed, and in September 2012 the fisheries commission released another report, “State of Our Watersheds,” documenting the results of local and state planning that have been in conflict with salmon habitat-recovery goals.