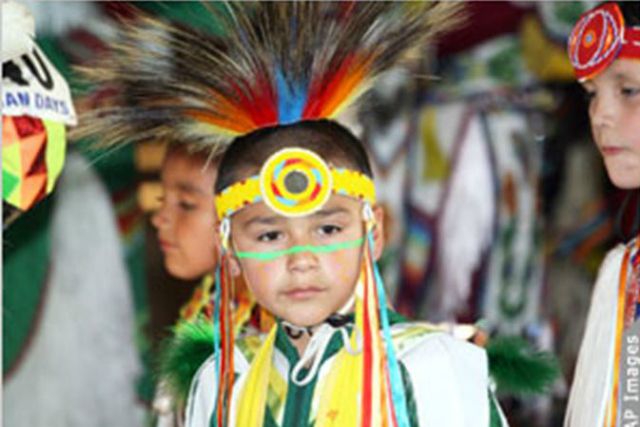 By Dennis Jamison, The Washington Times

SAN JOSE, November 6, 2013—November is designated American Indian Heritage Month for the purpose of remembering the value of American Indians. The creation of this day was the culmination of a number of foundational efforts made over time, originally at the request of American Indians, and ultimately made substantial by cooperative efforts of various government officials. This designation was signed into law by President George H.W. Bush following a joint resolution of Congress in 1990. Specific proclamations regarding the day are usually made each year by the current president.

The long-suffering culmination of cooperative efforts made to honor the memory of the American Indian at the highest level of American government is truly significant and reveals a major turning point in the destructive clash between cultures and races. Sadly, American historians have not given it much attention.

Starting in the early 1900s, American Indians advanced a number of genuine efforts to heal the wounds. In a dramatic feat in 1914, Red Fox James, a member of the Blackfeet Tribe of Montana, rode on horseback over 4,000 miles across the U.S. collecting endorsements from the governors of various states for the creation of an “American Indian Day.”

Red Fox James gathered endorsements from 24 state governments and rode his horse to Washington, D.C., and delivered the documents to the White House on December 14, 1915. Unfortunately, there is no record of Woodrow Wilson or any representative of the federal government responding to his earnest endeavor. However, other respected leaders of the American Indians made serious and sincere efforts to further the healing effort. Individual Americans and leaders within the Indian communities seriously believed in bridging the gap of distrust, resentment, and hatred to reconcile and restore relations with white people and the government, and to extend the proverbial olive branch to the enemy.

On September 28, 1915, the Congress of the American Indian Association made a serious proclamation representing the Indian community stating that American Indians would be willing to become officially recognized as citizens of the United States. This was the first time an official Indian organization ever made such a formal indication that Indians wanted to become U.S. citizens. This Indian Congress also called upon “every person of American Indian ancestry” and all Americans to observe every second Saturday in May as a national “American Indian Day” as a day to honor the memory of the indigenous peoples.

The appeal to the general American Indian populations noted that their forefathers had fought against domination “for home, for family, for country, and the preservation of native freedom…” but the delegates to this Congress recognized that they needed to turn their attention to look to the future of their people so that they could “live in greater fullness” and “to move forward and acquire those things that make races and nations more efficient and more noble…” These words reveal the intent of the American Indians was to not just create a special day of remembrance, but to forgive an enemy, put the past in its place, and move on with their fight for family, for home, and for their survival as people.

Careful consideration of their determination definitely represented a much more peaceful pathway to pursue their fight for survival. This required sincere humility and the genuine capacity of heart to forgive, and such disciplined collective action is a bit reminiscent of the early Christians who could willingly forgive their Roman persecutors, or reminiscent of Dr. Martin Luther King, Jr.’s forgiveness of the bigoted white power elite in the South in the days of the Civil Rights Movement. This may have been because the Congress of the American Indian Association Congress was led by sincere Christians and honorable men.

Dr. Arthur C. Parker, a Seneca Indian, served as the National Secretary of the Congress and at the time, was the director of the Museum of Arts and Science  in Rochester, N.Y. Rev. Sherman Coolidge was a full blooded Arapahoe Indian who was an ordained a deacon in the Episcopal Church, was the president of the Congress. These two fine Christian men were the embodiment of their people’s future and hope for a brighter future in the things that “make nations more efficient and more noble” and laid the foundation for the day to honor American Indians.

Ultimately in 1976, Jerry Elliott, also known as High Eagle from the Cherokee/Osage Tribe, authored congressional legislation that declared the week of October 10-16 as “Native American Awareness Week.” President Gerald Ford signed the bill after it was passed. Then in 1990, the legislation expanded this week of recognition to an entire month and now it is known as “National American Indian Heritage Month.” Now, at least for some Americans who have the awareness, there will be times during November when they make the effort to remember the unique peoples who cared for this beautiful land a very long time ago.

It is way too late to reverse history (if that can be achieved at all), bit it is never too late to reverse bigotry and hatred, and replace such ugly human tendencies with simple respect and recognition of the value of the American Indian or all Native Americans. Such a mindset is important –yet the value of the descendants of the ancient American Indians stirring up long-buried hatred and resentment about the abuses that Native Americans have suffered since the days of European colonization, does not generate understanding, or mutual respect, or genuine trust. Such actions may have some value, but the intent may be suspect.

The purpose of the original request of the Congress of the American Indian Association was  to create a foundation to bridge the gap of distrust, resentment, and hatred that persisted between the two peoples. It was not to perpetuate such a horrible reality, and to have done so would beg the question of the purpose behind such actions. Fanning flames of anger, hatred, and resentment, only generates much of the same and does not unite people – it drives people apart. While it may not have easily worked out for all indigenous peoples, it did for many. But more importantly, the American Indians, possibly less “civilized,” show up as the nobler of the two peoples via more respectable and well-intentioned efforts.

It needs to be known that at one point in time, leaders within the American Indian nations honestly believed their people needed to move beyond the pain, the bitterness, and the hatred so they could move forward and forge a better, brighter, and more peaceful future for their people. Their appeal was aimed at looking forward to the future and not to the past. They desired to “live in greater fullness” and “to move forward and acquire those things that make races and nations more efficient and more noble…”

Their actions were definitely more noble, and good reasons to honor the memory of the American Indians.