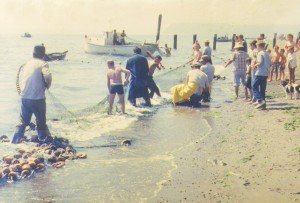 A landmark case for Washington Indians and treaty fishing rights, the Boldt decision continues to have far reaching implications for tribes across the United States. For Washington tribes, the Boldt decision settled a conflict that began with the signing of the treaties. It upheld the tribe’s reserved right to fish, hunt, gather, and take shellfish as they always had. The crux of the Supreme Court case was the interpretation of the treaty, specifically the terms “in common with the citizens of the territory,” and “at usual and accustomed grounds and stations.”

The Boldt decision, or U.S. v. Washington as the legal case title reads, was heard in the 9th District Appellate court in 1973, decided in 1974 by Judge George H. Boldt. The decision was later affirmed in the United States Supreme Court. The interpretation of the terms “in common” and “usual and accustomed areas” (U&A) is paramount to understanding questions of whether Indians have the right to fish off of the reservation and whether Indians are guaranteed an allocation of the available fish.

The case stemmed from the fish wars, in which tribal fishermen were arrested and injunctions were filed limiting tribal fisheries. At the time, as soon as state fisheries were open, fishermen took all of the available salmon resource before they reached tribes’ harvestable waters. One crucial interpretation in the Boldt decision was the definition of “in common,” a legal term that means, in equal parts. 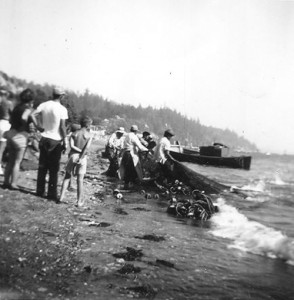 This was not the first look at what the treaty meant by “in common with the citizens of the territory.” Judge Boldt cited U.S. v. Winans, a case from 1905 settling a dispute between then Yakima Nation (now Yakama Nation) and a private company that was operating a fish wheel on the Columbia River on private deeded land. They built fences intended to exclude access by Yakima Indians in an effort to optimize their business. The lower courts decided that deeded land could exclude Indians from exercising their rights in their U&A, a decision that was overturned by the Supreme Court, upholding the Yakama’s treaty. Similarly, Boldt decided on that precedent that the right of a tribe to take fish in their respective U&A, which was secured to them through various treaties, meant they had a right to do so off of the reservation. For this case, “in common” meant equal access and opportunity.

Nearly 70 years later, when the Boldt decision was filed, the fishing industry had grown immensely on a global scale thanks to advancing technology. State fisheries were harvesting salmon in the ocean where tribes had no claim to U&A. Tribal fisheries were then closed under the guise of preserving the salmon runs, though state fisheries continued on inland waters. Judge Boldt reexamined the term “in common with the citizens of the territory.” 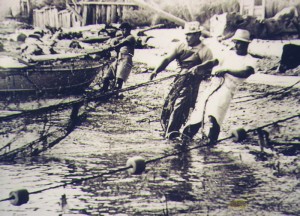 Boldt broke down this phrase, defining the territory as it would have been defined at the time of the treaty, meaning the Washington Territory. He then looked at the term “in common,” which he defined not only as equal access and opportunity, but also as equal portion.

Finally, Boldt decided that that State had a responsibility to ensure the tribes’ allocation was met, meaning that the salmon resource had to be kept at healthy levels to ensure there was enough to go around. From his interpretations he drafted what is commonly referred to as the blue book, which outlined what fish allocations and management of the salmon resource would look like. Basically, Washington tribes share amongst them half of the available salmon resource for the state, each tribe receiving different allocations of salmon based on U&A.

The implications from the Boldt decision are still prominent in Federal Indian Law, especially in Washington State. Recently there have been cases that address similar treaty rights as they pertain to harvesting of shellfish, hunting, and gathering of roots, berries, and plants. The most influential issues in the state currently that are built off of the foundations laid in the Boldt decision deal with protecting salmon habitat, which are the Culvert Case and the State’s Fish Consumption Rate. 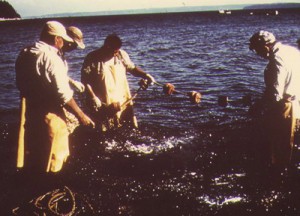