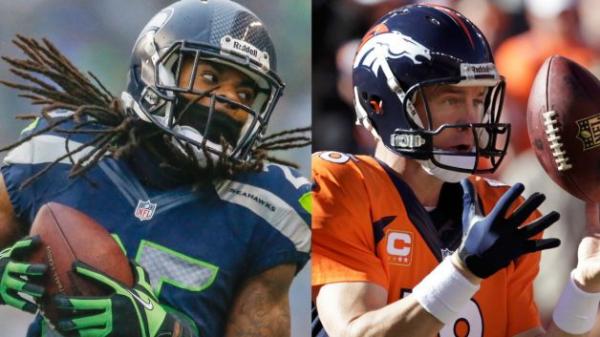 The beginning, middle and end of the 2013 season had plenty of ups, downs and surprises for Native American NFL fans.

For starters, the Rams’ Sam Bradford, Cherokee, lost his season in October to a torn ACL. But there’s good news. According to FanSided.com, Bradford was cleared by the team’s medical staff to run on the treadmill on Wednesday, and ESPN reported that Les Snead, the Rams’ general manager, remains committed to Bradford as the starting QB for the 2014 season.

A loss that Cherokee Nation fans could not recover from so quickly was the passing of Bud Adams. Adams, a Cherokee descent, was the founder of the Houston Oilers and owner of the Tennessee Titans who died in his Houston home at age 90.

On a happier note, Kansas City Chiefs backup QB Tyler Bray, citizen of the Potawatomi Nation, threw his first touchdown pass in the NFL while helping the Chiefs beat Green Bay 30-8. Who cares if it was a preseason game?

And speaking of Green Bay, don’t forget about the Native (and non-Native) Packers fans who braved freezing temperatures to make sure that the Washington Redskins did not get a warm welcome to Lambeau Field during the Packers home opener in September. Members of Wisconsin’s local chapter of Idle No More, various tribes, as well as local and national leaders led those demonstrations outside the stadium; perhaps achieving their own, personal dig at Dan Snyder’s decision to “Never — put that in CAPS” change the team’s name.

Protests against the nickname for the D.C. franchise started early and grew louder every week; many Natives protested at every away game for the ‘Redskins.’ This all became the fodder for a growing name-change debate; taking the Change the Mascot campaign from a grassroots organization to a national movement.

But, through the good and bad, the beginning and middle of the 2013 NFL season, the ending of the season was the most exciting and rewarding time for Indian Country.

The two most popular NFL franchises in Indian Country — the Seattle Seahawks and the Denver Broncos–will battle in the 48th Super Bowl — and Native fans are supporting them all the way.

“The most Native support used to be for the Dallas Cowboys,” said Ken Frost, Southern Ute, to ICTMN. “But it’s no longer America’s team.”

Frost said he’s been a hardcore Denver Bronco fan since he was a child. He’d holler and scream at the TV with his grandma. He said Natives in the West claim the Broncos because the team is in the “heart of Indian country” and close to several reservations.

Ken Frost tailgating at a Broncos game. Beside the “Broncos car” which has been around since the John Elway era. (Courtesy Kenny Frost)

It’s probably not a shock to hear that Frost picks Denver to prevail in the Super Bowl. “Peyton’s going to pick apart the Seattle defense,” he said over the phone. “Denver’s gonna win it. I think it’s gonna be around 37-23.”

“Alaskans support the Seahawks as if they are our team,” said Myrna Gardner, Tlingit Indian tribe, who flew into Seattle from Alaska to watch the NFC Championship game last week. “My love began when I was born. My whole family watched the Seahawks. I recall Steve Largent’s poster on the walls in the hallway at my parent’s house.”

“Being at the game, experiencing the power of the ’12th Man’ was a Bucket-list event,” said Gardner. “Representing Heinyaa Kwaan, ‘the water people from across the bay,’ was an honor,” she said.

Chuck James, Treasurer of Tulalip Tribes, has been a Seahawks season-ticket holder for more than 30 years. He and his wife, Illene, attended last Sunday’s playoff game as well, and expect Seattle to take home the Lombardi trophy next week.

“The Seahawks have always been a big part of our lives here on the reservation and they’ve inspired our young people to want to compete and win,” James told ICTMN.

“If you go to the Tulalip Tribes administration building before a game, you’ll see the excitement, with everyone wearing Seahawks gear and showing pride. We even have tribal members who design Seahawks gear that is sold in our casino resort gift shop,” he said.

“Win or lose, the Seahawks are our team and we’ll be there to support them,” James said.