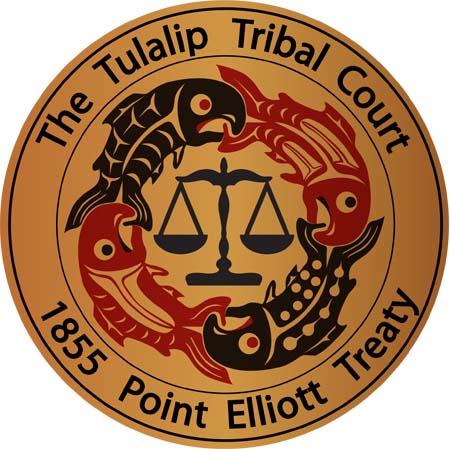 For the First Time in More Than Three Decades

Tulalip, WA—February 6, 2014–The Tulalip Tribes will be one of three American Indian tribes in the nation to exercise special jurisdiction over certain crimes of domestic and dating violence, regardless of the defendant’s Indian or non-Indian status, under a pilot project authorized by the Violence Against Women Reauthorization Act of 2013 (VAWA 2013).  The two other tribes are the Umatilla in Oregon and the Pascua Yaqui Tribe of Arizona.

“The Tulalip Tribes is honored to be among those chosen for the Special Domestic Violence Criminal Jurisdiction (SDVCJ) pilot program.  Getting justice for our tribal members, where it concerns domestic and intimate partner violence, has been a long time coming,” said Tulalip Chairman Mel Sheldon.  “Together, with our fellow Tribal nations, we celebrate the fact that the reauthorized VAWA of 2013 has recognized our inherent legal jurisdiction to bring all perpetrators of domestic violence against our members, on our lands, to justice.  We lift our hands to all those who fought for the reauthorization of the Violence Against Women Act, including our own Tulalip Tribes councilwoman, Deborah Parker.”

“The Tulalip Tribes has shown great leadership with a robust and comprehensive justice system,” said U.S. Attorney Jenny A. Durkan.  “This special criminal jurisdiction will translate into better protection for members of the tribal community and their families, and ensure that all offenders are appropriately prosecuted and sanctioned in tribal court.  I am grateful for the strong leadership exercised by the Tulalips, particularly Chairman Mel Sheldon, Councilmember Deborah Parker and Judge Theresa Pouley.  We look forward to continuing our important work with the Tulalips.”

Deborah Parker, Vice Chairwoman of the Tulalip Tribes, worked alongside Senator Patty Murray, and many others, to advocate for the new tribal provisions included in VAWA 2013.  “It’s amazing to be at this time and place and to witness such a critical change in law.  Justice will now be served because we have the necessary legal tools to prosecute those who perpetrate against our tribal members on our reservation, regardless of race, religion or affiliation,“ she said.

Although the provisions authorizing the special jurisdiction take effect generally in March 2015, the law also gives the Attorney General discretion to grant a tribe’s request to exercise the jurisdiction earlier, through a voluntary pilot project.  The authority to approve such requests has been delegated to Associate Attorney General Tony West.  Associate Attorney General West today congratulated tribal leaders of the Tulalip Tribes of Washington, Pascua Yaqui Tribe of Arizona, and the Umatilla Tribes of Oregon, on this historic achievement in letters to the three tribes.

“This is just the latest step forward in this administration’s historic efforts to address the public safety crisis in Indian country.  Every day, we’re working hard to strengthen partnerships with tribal leaders and confront shared challenges – particularly when it comes to protecting Indian women and girls from the shocking and unacceptably high rates of violence they too often face,” said Attorney General Eric Holder.  “With the important new tools provided by the Violence Against Women Reauthorization Act of 2013, these critical pilot projects will facilitate the first tribal prosecutions of non-Indian perpetrators in recent times.  This represents a significant victory for public safety and the rule of law, and a momentous step forward for tribal sovereignty and self-determination.”

“The old jurisdictional scheme failed to adequately protect the public – particularly native women – with too many crimes going unprosecuted and unpunished amidst escalating violence in Indian Country,” stated Associate Attorney General West.  “Our actions today mark an historic turning point.  We believe that by certifying certain tribes to exercise jurisdiction over these crimes, we will help decrease domestic and dating violence in Indian Country, strengthen tribal capacity to administer justice and control crime, and ensure that perpetrators of sexual violence are held accountable for their criminal behavior.”

Since the Supreme Court’s 1978 opinion in Oliphant v. Suquamish Indian Tribe, tribes have been prohibited from exercising criminal jurisdiction over non-Indian defendants.  This included domestic violence and dating violence committed by non-Indian abusers against their Indian spouses, intimate partners and dating partners.  Even a violent crime committed by a non-Indian husband against his Indian wife, in the presence of her Indian children, in their home on the Indian reservation, could not be prosecuted by the tribe.  In granting the pilot project requests of the Tulalip, Pascua Yaqui, and Umatilla tribes today, the United States is recognizing and affirming the tribes’ inherent power to exercise “special domestic violence criminal jurisdiction” (SDVCJ) over all persons, regardless of their Indian or non-Indian status.

As described in the Department of Justice’s Final Notice on the pilot project, today’s decisions are based on a diligent, detailed review of application questionnaires submitted by the tribes in December 2013, along with excerpts of tribal laws, rules, and policies, and other relevant information.  That review, conducted in close coordination with the Department of the Interior and after formal consultation with affected Indian tribes, led the Justice Department to determine that the criminal justice system in the Tulalip, Pascua Yaqui, and Umatilla tribes have adequate safeguards in place to fully protect defendants’ rights under the Indian Civil Rights Act of 1968, as amended by VAWA 2013.

The Department of Justice is posting notices of the pilot project designation on the Tribal Justice and Safety Web site (www.justice.gov/tribal/) and in the Federal Register.  In addition, each tribe’s application questionnaire and related tribal laws, rules, and policies will be posted on the Web site.  These materials will serve as a resource for those tribes that may also wish to participate in the pilot project or to commence exercising SDVCJ in March 2015 or later, after the pilot project has concluded.

About the Tulalip Tribes

The Tulalip Tribes are the successors in interest to the Snohomish, Snoqualmie, Skykomish and other tribes and bands signatory to the 1855 Treaty of Point Elliott.  The 22,000-acre Tulalip Indian Reservation is located north of Seattle in Snohomish County, Washington.  Tribal government provides membership with health and dental clinics, family and senior housing, human services, utilities, police and courts, childcare, and higher education assistance.  The Tribe maintains extensive environmental preservation and restoration programs to protect the Snohomish region’s rich natural resources, which includes marine waters, tidelands, fresh water rivers and lakes, wetlands and forests both on and off the reservation.  Developable land and an economic development zone along the I-5 corridor provide revenue for tribal services.  This economic development is managed through Quil Ceda Village, the first tribally chartered city in the United States, providing significant contributions and benefits tribal members and the surrounding communities.  The Tribes have approximately 4,400 members.  For more information, visit www.tulaliptribes-nsn.gov.