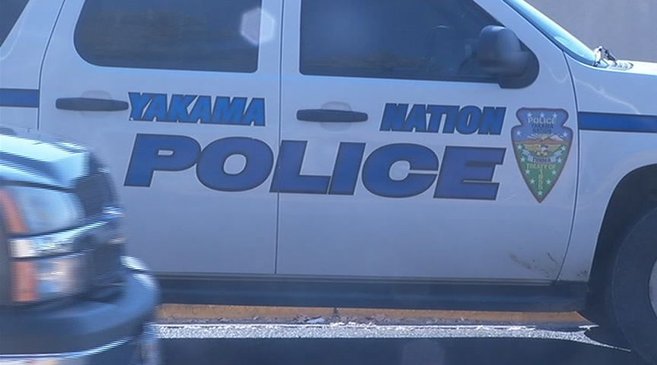 YAKIMA COUNTY, Wash. — The state patrol’s goal of eliminating traffic fatalities will take the whole community working together to accomplish. A coalition with a school district on the Yakama Nation Reservation is proving that point. The number of Native Americans involved in DUI fatalities has dropped nearly 40 percent in recent years.

Brandon Smith considers himself lucky to have survived a DUI accident.
Luckily, no one was killed. But, Brandon was left with a broken skull.

“I honestly thought I was going to die, because I’ve never been in a car accident previous to that,” said Smith.

Not everyone in DUI crashes is as lucky as Brandon. Native Americans have traditionally seen many DUI fatalities. Nancy Fiander works for Mt. Adams School District; she’s part of a coalition to put a stop to them.

“I’m a lifelong resident, and, growing up and reading the papers, there were times you didn’t want to read the paper because you worried about who you were going to find that you had lost,” said Fiander.

Through several different federal grants, she’s working to turn this trend around. The coalition pinpointed community events that lead to high numbers of DUIs. Emphasis patrols were assigned to these events. They’re made up of Yakama Nation police, WSP, and Yakima County sheriff’s deputies working together. Creating community awareness and stricter enforcement of family and school rules are also paying off.

KIMA pulled the numbers and found the efforts seem to be working.
Just four years ago, Native Americans made up nearly half of all DUI fatalities in our county. That number dropped to only 10 percent last year, with only two out of 19.

“We’re just tired of losing our kids and our family members and our relatives, and so we just want to see if we can do something about that,” said Fiander. “We’re tired of burying our kids.”

It’s education and awareness that saves one life at a time.

This is the fourth year of a five-year federal grant of $125,000. The next emphasis patrol will be this weekend after a men’s basketball tournament in Wapato.

Nancy Fiander will receive a Target Zero award for her efforts next month.