Bernard and Sandra Duplessis and their family have been hosting exchange students for the past two years. It’s an experience that they would like to see grow on the reservation. The opportunity to see the world and experience another culture, or host a student and share your culture with them, both are ways to open yourself up to the world and appreciate your own culture. 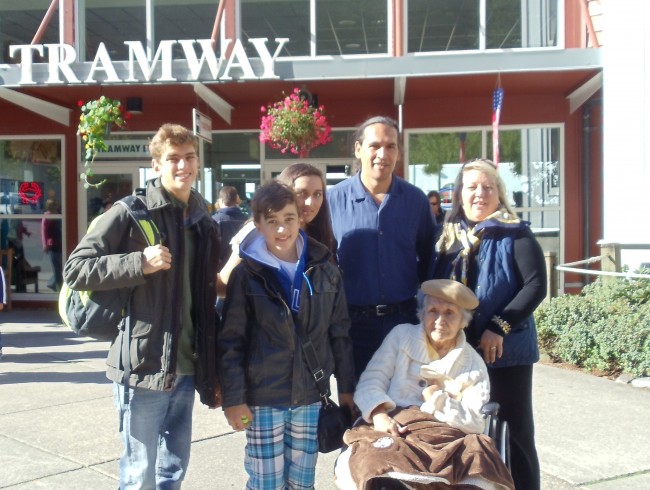 “I arrived in August of last year, and will be here for about ten months,” he said.

He lives with Bernard and Sandra Duplessis, their son, Bernard Jr., their daughter, Dallas, and Bernard’s mother, Joan. When Tommaso arrived, he spoke very little English. After learning from his host family, and from school, he speaks so well you wouldn’t know he is new to it. The way he speaks is not what you would expect either. Idioms are more pronounced, his tone changes as he uses phrases that he is more familiar with. Although you may not realize it about yourself, you probably do these same things. You really notice with Tommaso, though, as the colloquialisms of pop culture have manifested in his English, picking up slang from his peers.

The largest culture shock for Tommaso is reservation life.

“I had no idea what a reservation was,” he said, “but my father has always been intrigued by the Indians. He rides horses with a man in Genoa, who lived with Indians for some time. They go out riding together and my father learns about Indians that way. This is totally different. Here is so much different than in town.

“In September I was fishing with my host brother, and there were some [Indian] people that did not like that. They said that if you weren’t Indian you couldn’t fish. And then there were other people [non Indians] that were mad about that. Then the police came and told everyone to leave. And they told me that I could not be there. But I was with my host brother, and I had to explain to the police.”

The Duplessis family will be sad to see him go in June, when the exchange program ends.

“We consider him part of the family. He plays with our son, Bernard, and really has become a part of our lives. We talk to his family as well. They sent us a box of gifts. On Tommaso’s mother’s birthday, we arranged to send her flowers. She was thrilled. We feel like we have a family around the world in Italy too,” said Sandra.

She continued to talk about her son Bernard Jr., and how Tommaso helps him with his medical condition. Bernard is a hemophiliac and requires daily injections.

Tommaso said, “Coming here, living with these people, and helping my host brother Bernard, I want to become a doctor. I had always considered it, but coming here, I know it is what I want.”

Tommaso comes from a family of innovators and entrepreneurs. For him, his interests have always been on other fields.

Bernard and Sandra really would like to see programs like this grow. They hope that Tulalip students will be inspired to travel to other countries for schooling, to experience some of the rich cultures of the world, and hopefully to find the richness in our own culture.

If you see Tommaso out in the community, be sure to stop and get to know him a bit.