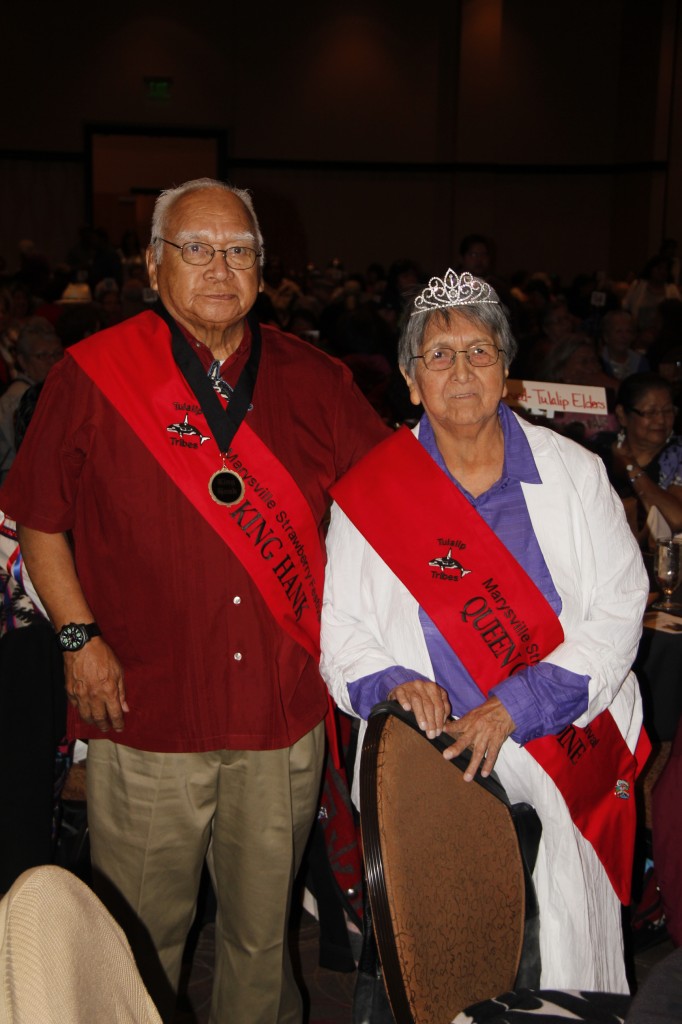 The Marysville Strawberry Festival Senior and Junior Royalty crowned Geraldine and Hank Williams as Strawberry King and Queen at Tulalip’s elder luncheon May 29. Each year, Tulalip elders nominate two of their own to be crowned at the annual elder luncheon.

“I look around every year to see who deserves a nomination. Geraldine and Hank have paid their dues to the community,” said Tulalip elder Virginia Carpenter, who nominated this year’s royalty.

The luncheon is much more than a celebration of the Strawberry Court, it is an intertribal event, open to all indigenous elders. Nearly 900 elders from Pacific Northwest Native communities from as far north as Alaska, and from around Washington and Oregon attended. Many of the tribal offices donated gift baskets to be raffled off at the event. 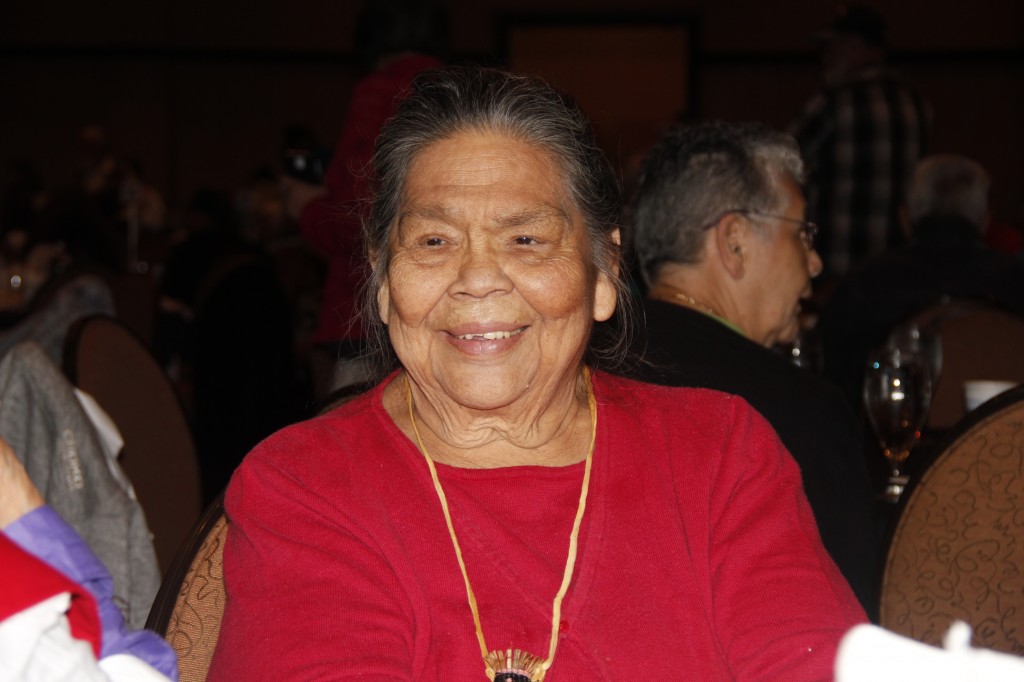 “I come because I’m so old. Oh, just kidding,” said Tulalip elder Loretta James. “I come to see everyone. And I like to see all the different departments chip in for the gift basket give away. I like to see them give back to this community.”

Tulalip elder Richard ‘Two Dogs’ Muir said, “I come for the company, and for the stories. Look around this room, at how much history is sitting in this room, all the advice. Quote of the day so far is, ‘Be true to yourself, pay no attention to what other people think.’ There is so much more to learn from these elders too, if you would just talk with them.”

Two Dogs donated a special beaded rattle to the raffle.

He said, “I only work when I am in the right mindset, no negative thoughts. So this rattle is lucky to whoever wins it.”

Everyone was smiling and having a good time, joking and teasing one another.

Francis Peters of Swinomish joked, “I thought I was too old for these things, but I guess not. I wasn’t coming down here, but I guess I got too close to the elder building, and they twisted my arm and put me on the van.” 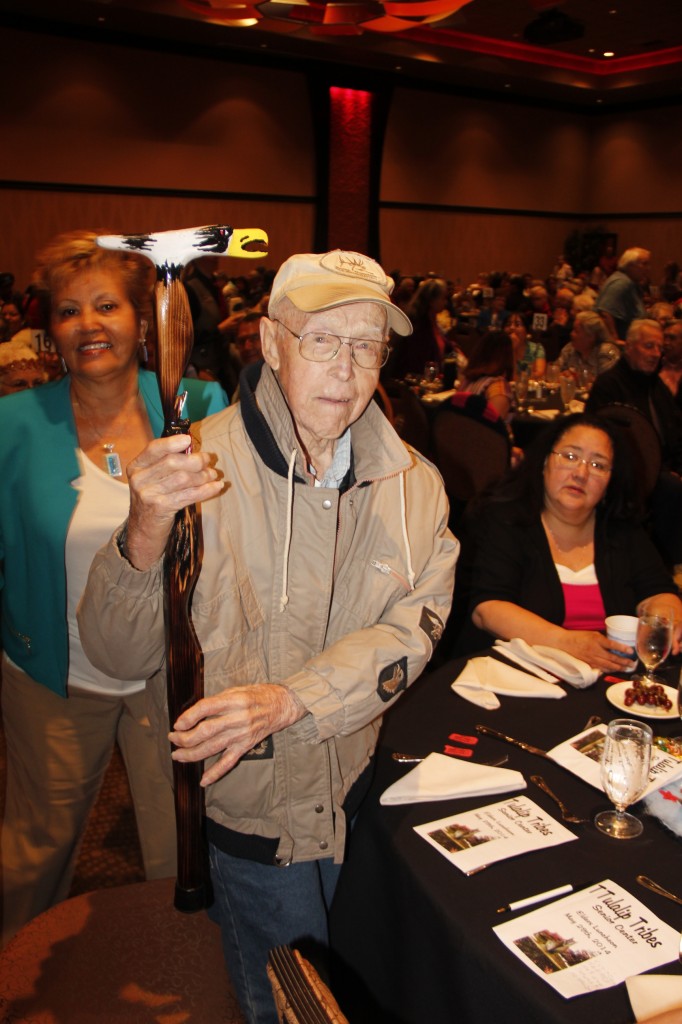 Mickey Walker of Kingman Arizona was the eldest visiting man at 97. Honored with a blanket and walking stick.
Photo: Andrew Gobin/Tulalip News

The Tulalip Tribes honored the eldest visiting man and woman, who were Mickey Walker, 97, of Kingman Arizona, and Amelia Sohappy, 92, of Yakima. Charlie ‘Red’ Sheldon was honored as the oldest Tulalip, who just celebrated his 98th birthday on May 5. 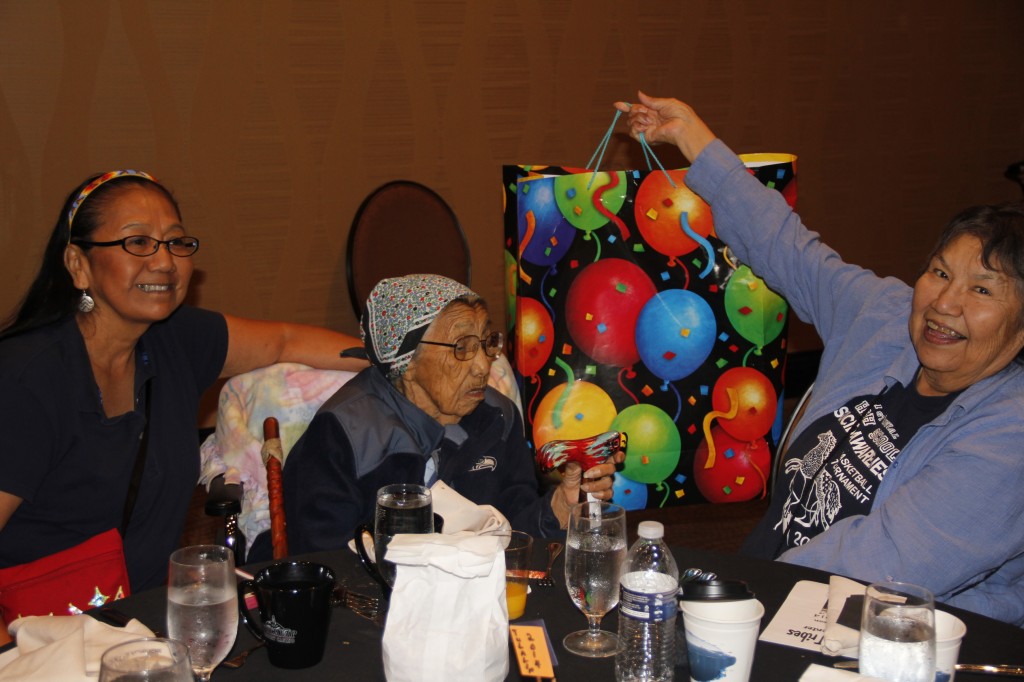 Amelia Sohappy of Yakima was the eldest visiting woman at 92. Honored with a blanket and a walking stick.
Photo: Andrew Gobin/Tulalip News 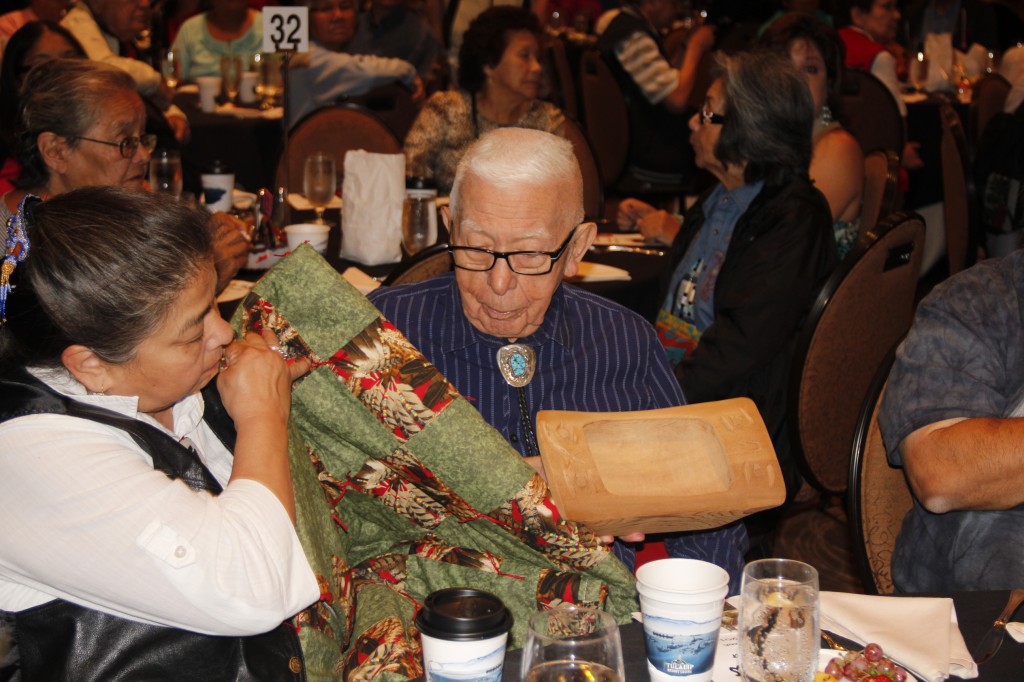 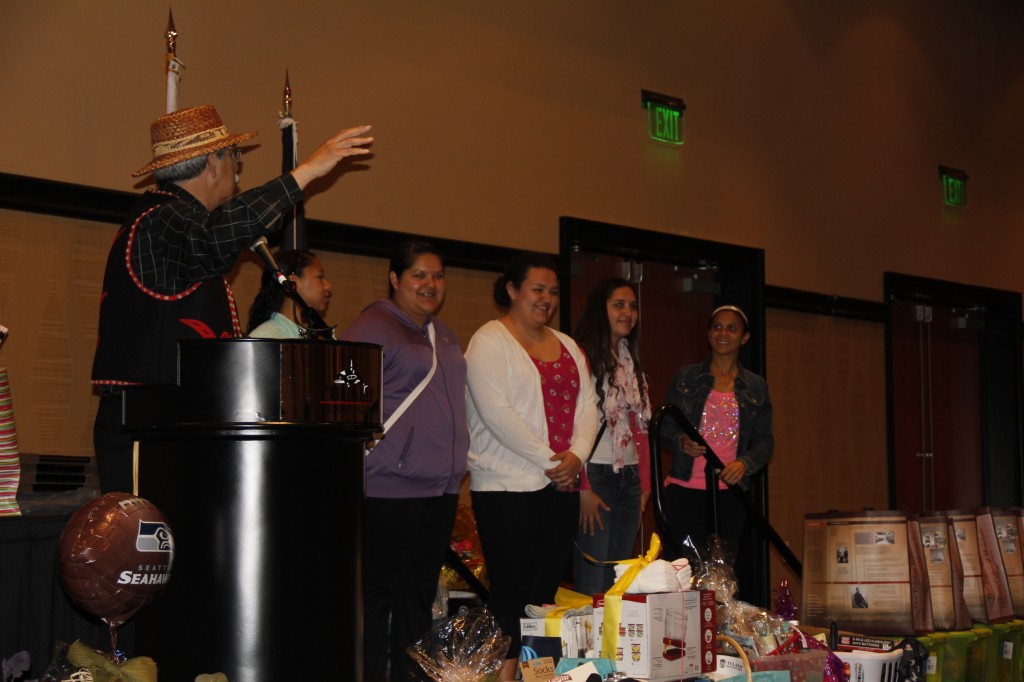 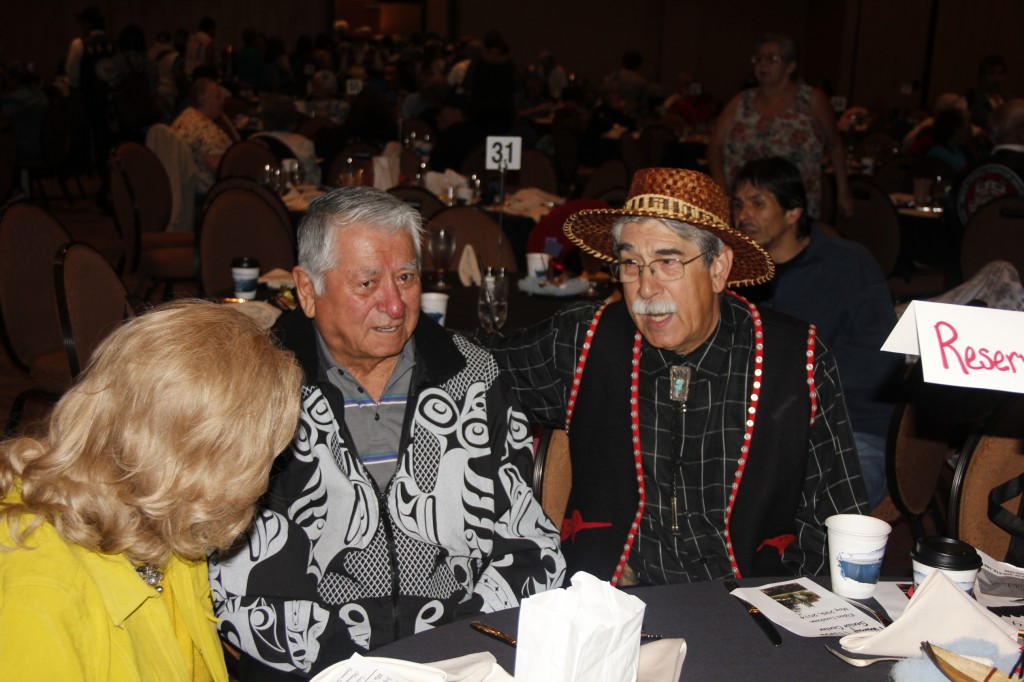 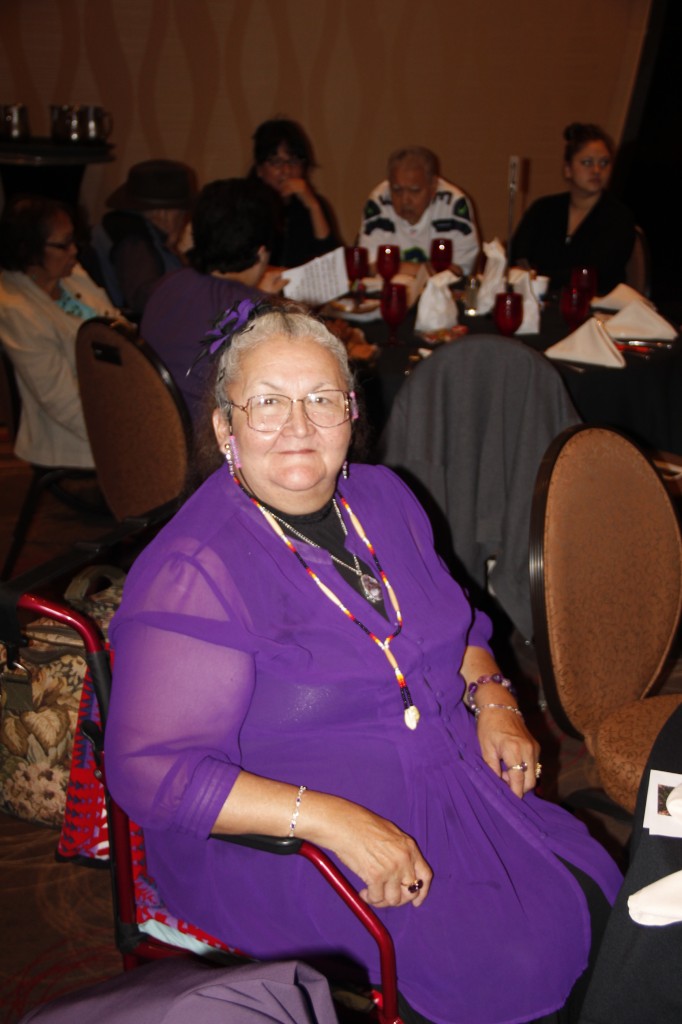 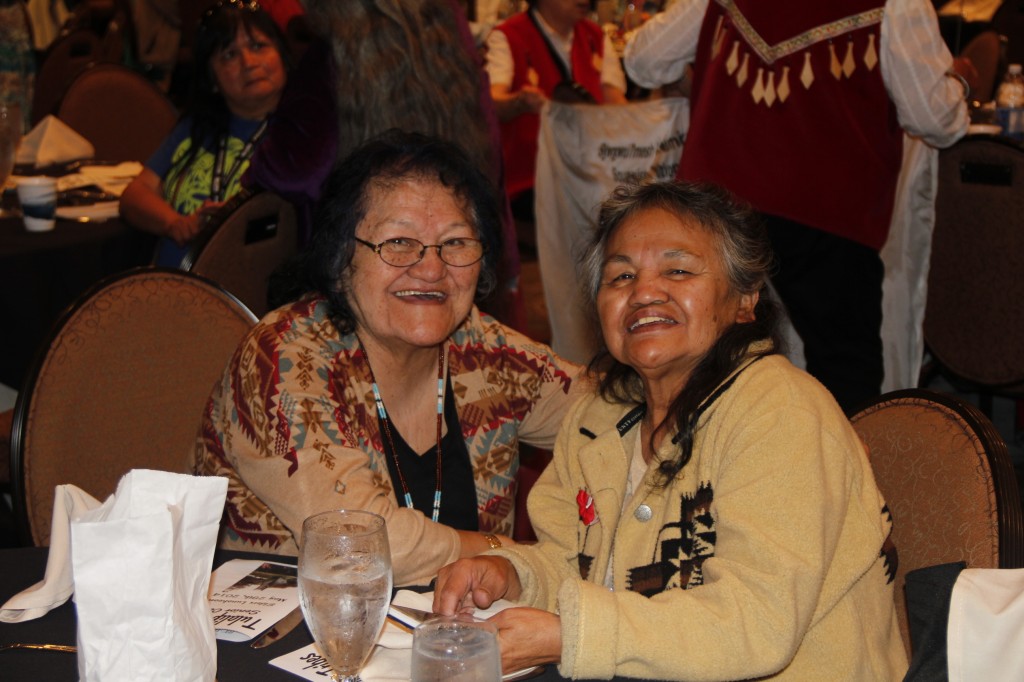 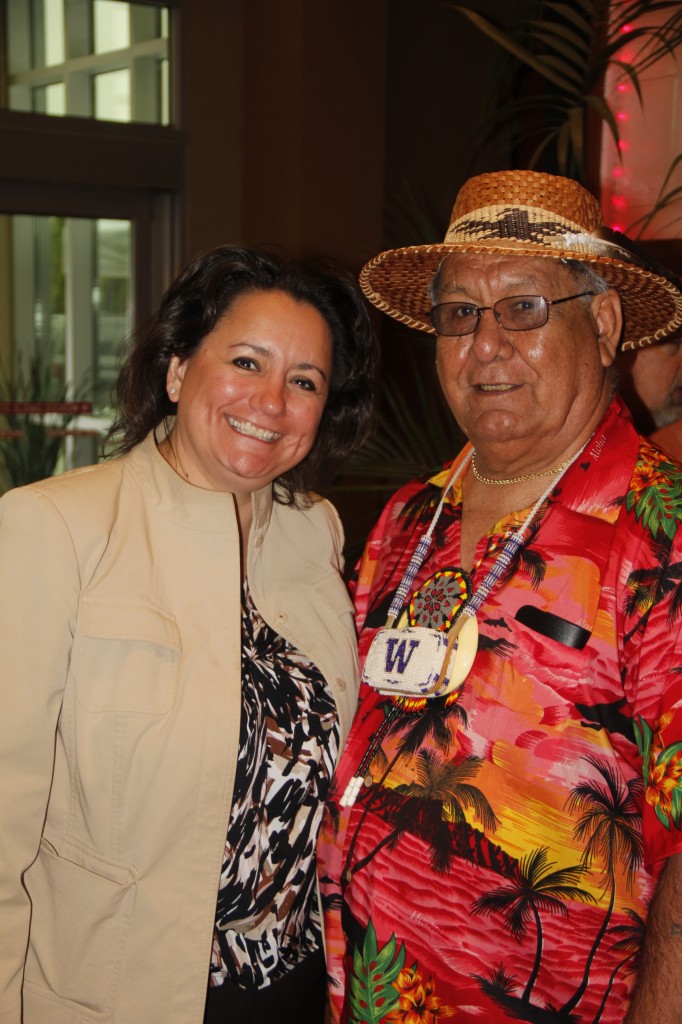