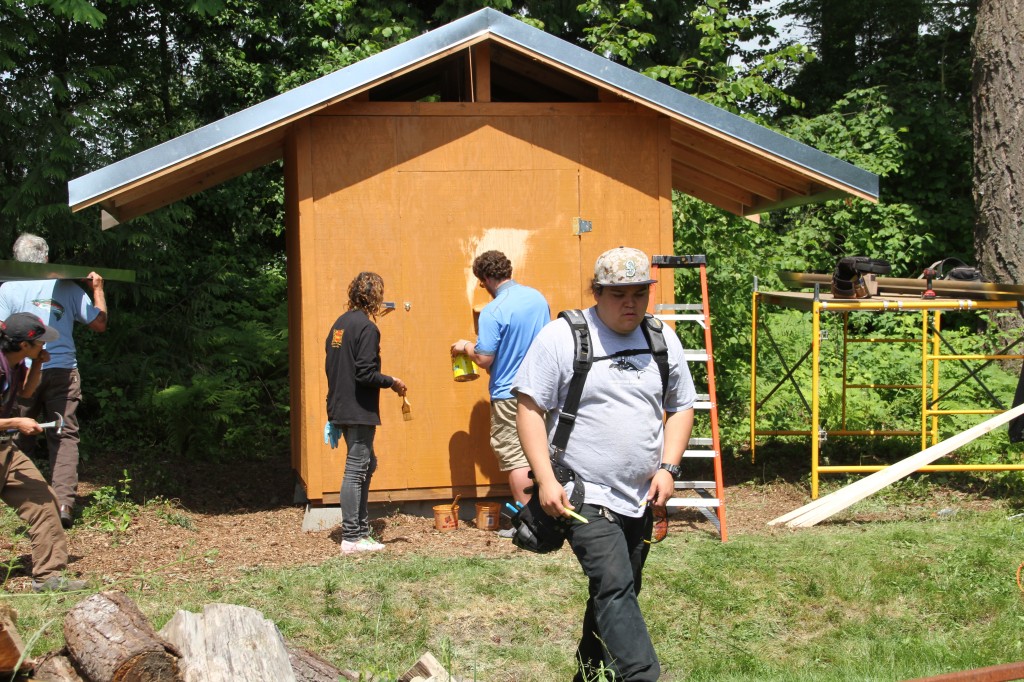 Team of students from TCTC just finishing the new smokehouse at the Hibulb Cultural Center.

The Hibulb Cultural Center and Natural History Preserve has a new smokehouse, thanks to a team of students from the Tulalip TERO Construction Training Center (TCTC). Instructor Mark Newland and his students completed the structure in three days. After the work was finished, Hibulb staff and the Rediscovery program served a lunch of traditional foods and honored Newland and his team with blankets.

“Everything went well with the smokehouse. Everyone seemed happy with how it turned out,” said Rediscovery Program Coordinator, Inez Bill-Gobin. 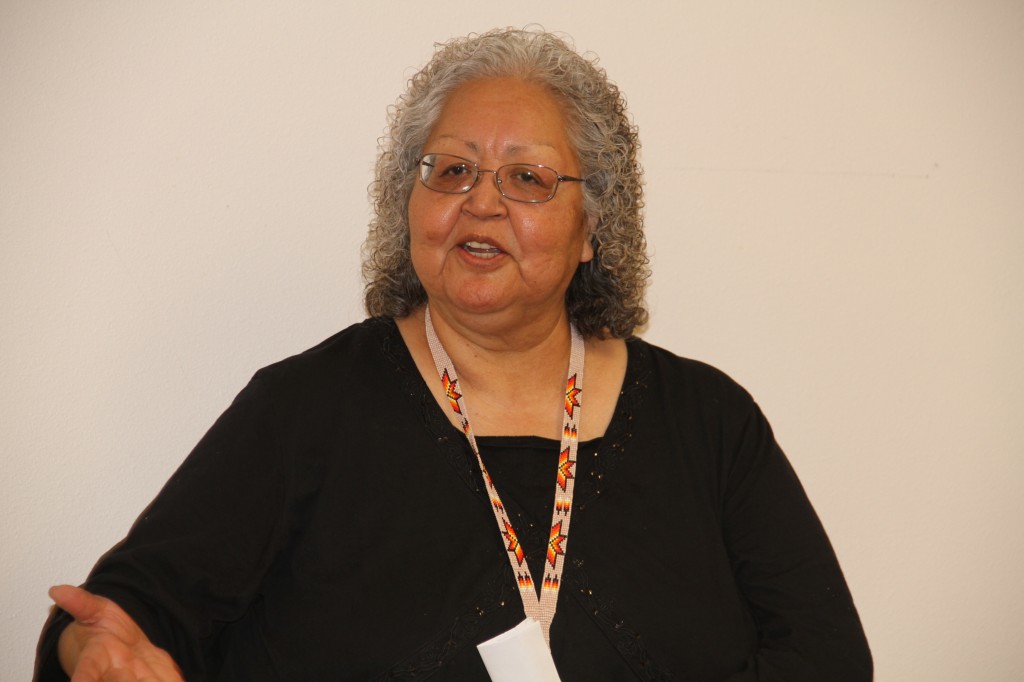 A lunch traditional foods was served after the work was completed. Rediscovery program Coordinator Inez Bill-Gobin thanked those that worked on the new smokehouse, and talked about its importance.

Bill-Gobin said, “For the continuation of our culture, we need to have these things in place.”

The smokehouse was built to replace the old smokehouse after its roof collapsed. The old structure came from the original cultural resources building, and was not the most structurally sound. The new smokehouse is built to last, complete with stained siding, a tin roof, and extended eaves on both sides for covered space to prepare racks of fish, clams, or meat.

Teams from TCTC may return in the fall, at the start of a new term, to complete other projects at the Hibulb Cultural Center, including a covering over the fish cooking pit and a boardwalk through the Natural History Preserve.