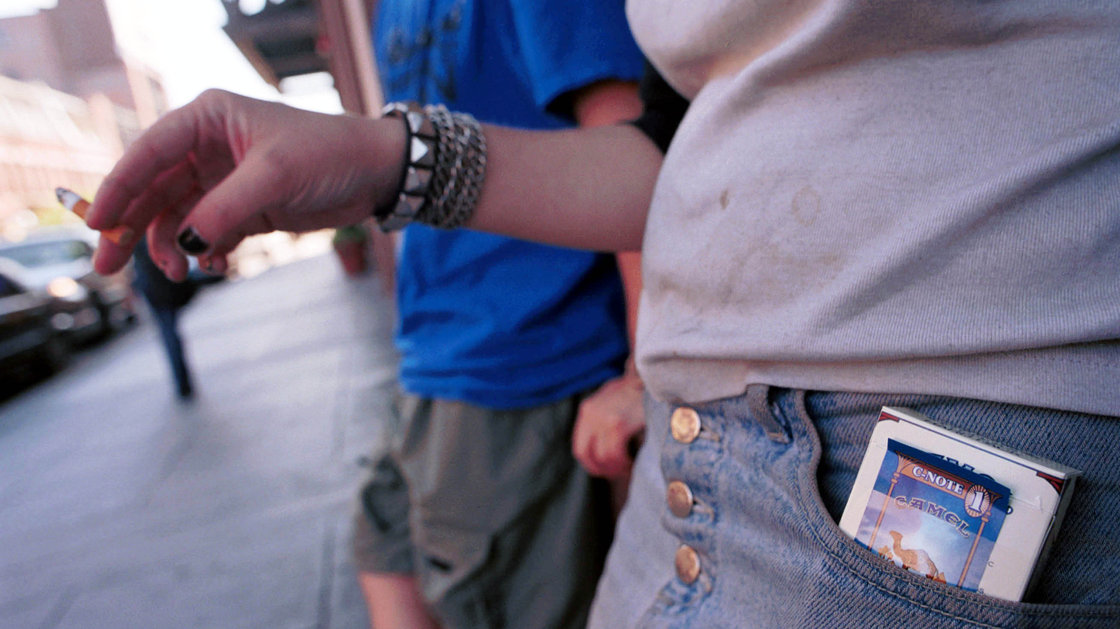 A teenager finishes her cigarette in Boston’s Back Bay neighborhood.
Darren McCollester/Getty Images

The percentage of students who reported smoking a cigarette at least one day in the last 30 days fell to 15.7 percent in 2013, according to the National Youth Risk Behavior Survey, a large federal survey that has been tracking youth smoking since 1991.

That’s the lowest rate since the survey began, and it means the United States has met the federal government’s of cutting teen cigarette use to 16 percent or less, officials said.

But officials say the fight against tobacco use remains far from over.

“We’re encouraged to see high school students are making better choices in some areas, such as smoking,” , director of the federal Centers for Disease Control and Prevention, told reporters during a briefing Thursday. “But we still face big challenges in reducing overall tobacco use.”

Too many kids still smoke cigarettes, and there are other disturbing trends in tobacco use, Frieden said. More kids are using hookahs, for example, and more are using electronic cigarettes. In addition, too many still use smokeless tobacco, and the decline in cigar use among teens has slowed.