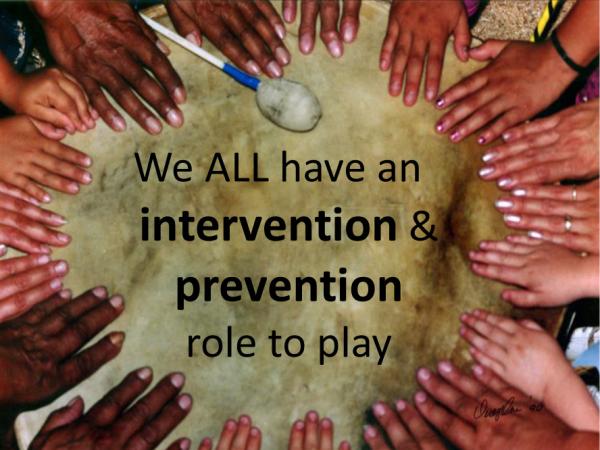 An 8-month-old baby drowns in the bathtub while his father gets high smoking marijuana with friends. A baby girl is barricaded inside her playpen, ignored while her parents party with friends. A grade school boy wanders the early morning streets alone in his Halloween costume, not knowing how to get to his school party because his mother is at home, passed out on drugs.

In her 20 years of experience in law enforcement, Lori Moriarty has seen heartrending stories of children like these caught in the cycle of substance abuse—the root cause of child abuse and neglect.

Today, Moriarty serves as vice-president of the National Alliance for Drug Endangered Children in Westminster, Colorado, an organization working to break the cycle of child abuse and neglect by empowering practitioners to identify and respond to children living in dangerous drug environments.

The NADEC defines drug endangered children as children who are at risk of suffering physical or emotional harm as a result of illegal drug use, possession, manufacturing, cultivation or distribution. They may also be children whose caretaker’s substance misuse interferes with the caretaker’s ability to parent and provide a safe and nurturing environment.

In Indian country, American Indian/Alaskan Native children experience child abuse and neglect at much higher rates than their non-Native peers, according to the U.S. Department of Health and Human Services.

“Why are we not looking for the kids?”

After a parent is arrested, children are placed in foster care, which can also prove traumatic for the child. “I want us to have a common vision,” Moriarty said. “Where do we come together?”

Moriarty pointed to FBI statistics that indicated an illegal drug arrest is made in the U.S. every 21 seconds. In 2011 alone, 1.5 million drug arrests were made. For Moriarty, the big question is this: How many children were associated with the arrestees?

In 2005, for example, Moriarty said the North Metro Drug Task Force in Adams County, Colorado made 88 arrests. Of those 88 arrests, 137 kids were associated with the arrestees.

According to a 2005 study by the National Center on Addiction and Substance Abuse, 9.2 million children live in homes where parents or other adults in the home engage in substance abuse. Substance abuse in the home is a huge stressor in a child’s life, Moriarty said. “It’s called toxic stress.”

The Center on the Developing Child at Harvard University defines toxic stress in kids as frequent, prolonged adversity, such as exposure to violence and substance abuse, without adequate adult support. This can have long-term negative consequences in children’s lives.

Drug endangered children are at risk to develop emotional, behavioral and cognitive issues such as problems with language development, poor memory and the inability to learn from mistakes. They also have a higher risk of becoming substance abusers themselves.

Early intervention and developing a collaborative mindset increases the likelihood of breaking the cycle of abuse and neglect. Moriarty told conference attendees that a collaborative mindset involves the exchange of information between law enforcement, child protective services, judicial, emergency and medical providers to make each other stronger. “Let’s not have that next generation wanting to use,” she said. “We have to start sharing information,”

On that note, Daniel Goombi (Kiowa-Apache), Tribal Victim Services advocate for the Prairie Band Potawatomi, said good communication and knowing the cultural dynamics of small, Native communities is crucial. “Everything we do is about relationships,” Goombi said. “You have to know the people you’re working with.”

Although social change may take decades, Moriarty said the goal in Indian country should be 100 percent healthy, happy and safe children. “These kids are resilient. Don’t ever forget that. We can make a difference in their lives.”