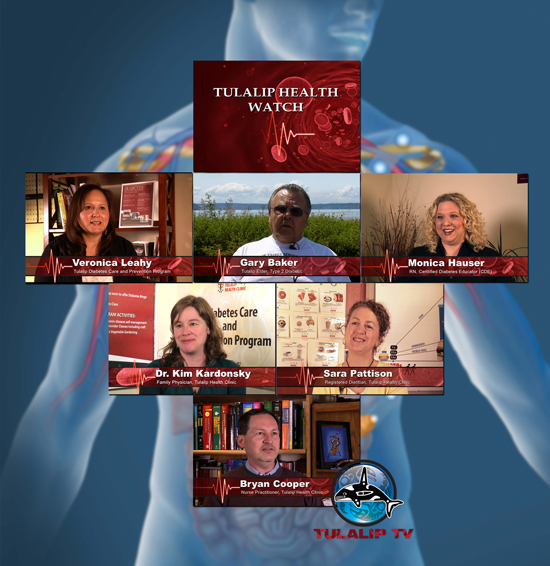 According to the U.S. Department of Health and Human Services and Indian Health Service, Native Americans are at a 2.2 times higher risk for diabetes than their non-Indian counterparts. Between 1994 and 2004 there was a 68 percent increase in diabetes diagnosis in American Indian and Alaska Native youth, aged 15-19 years old.

Tulalip Health Watch’s “Diabetes” examines what diabetes is, how it is diagnosed, and what your part is in preventing this disease, which has taken Indian country with epidemic proportions. Medical professionals from Tulalip Karen I. Fryberg Health Clinic provide information on testing, treatment, and prevention. Also, a tribal elder defines how diabetes has affected his life, and how he is proactive in the treatment of the disease.