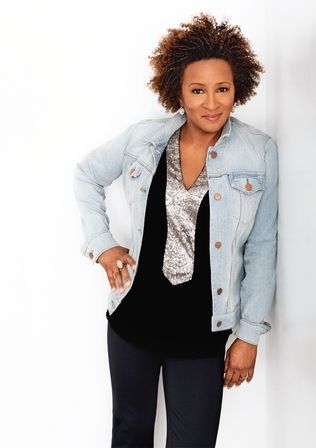 Wanda Sykes will kick off a 15-show fall tour at Tulalip Resort Casino this weekend.

The veteran stand-up comedian will play Friday and Saturday night sets in the Orca Ballroom, where she most recently performed in May 2013.

“I’ve been there several times, and I keep going back,” Sykes told The Herald. “It’s a loud room. It’s not a theater setup — it’s kind of like a banquet room. We get people close together.”

Sykes, 50, is using the tour to workshop material for her next comedy special.

“A big hunk of it I already have worked out, now it’s putting the polish on,” she said. “It’s polish, that’s what it is.”

While she’s never shied away from political humor in the past, Sykes claims she’s been less interested in current events since she and wife Alex Sykes had twins in 2008.

“Once you become a parent, you just don’t have time,” she said. “And when you do have time to watch TV or read, you just want something dumb. You want to let your mind take a break. I watch the news, I’m looking at stuff in Iraq and ISIS. It literally hurts my brain.”

Lately she sticks to detective and crime shows when it comes to TV.

“At least that stuff gets solved,” she said. “They have answers for it.”

She took this summer off to spend time with her family, but she admits she was still working.

“You never shut the brain off as far as thinking of funny stuff,” she said. “That’s where I draw the comedy from — from real life.”

That doesn’t mean she was cracking her family up. When asked if her kids think she’s funny: “They find me entertaining, I’ll put it that way.”

Like many stand-up comics who have moved into TV and film, Sykes still considers herself a comedian above all else. It’s what she did for a decade before hitting the screen in “The Chris Rock Show.”

“I got the opportunity to write for Chris, it was like, ‘Oh yeah, definitely,’” she said. “Then they put me in front of the camera, and that took it to another level.”

She won an Emmy with the writing team on “The Chris Rock Show.” Since then she’s acted in Hollywood comedies, voiced characters in animated movies like “Rio” and “Ice Age: Continental Drift” and had recurring roles in “Curb Your Enthusiasm” and “The New Adventures of Old Christine.” She now plays Senator Rosalyn DuPeche on the Amazon original series “Alpha House.”

In 2012, Sykes dove into the business side of things by co-founding Push It Productions. The move allowed her to become an executive producer of NBC’s “Last Comic Standing” as well as launch a show about women in comedy on the Oprah Winfrey Network.

“Developing and producing and doing things behind the camera, putting other talent out there, that was one thing that I wanted to do,” she said. “We’re doing that now.”

Still, she says she loves being in front of the camera and wants to eventually be the lead in a big movie.

“If I could just get one of those superhero movies, man! That would be awesome,” she said.

Some entertainment writers have suggested that Sykes be considered for “Ghostbusters 3” — rumored to be an all-female reboot of the sci-fi comedies of the 1980s — but she wasn’t familiar with the prospect.