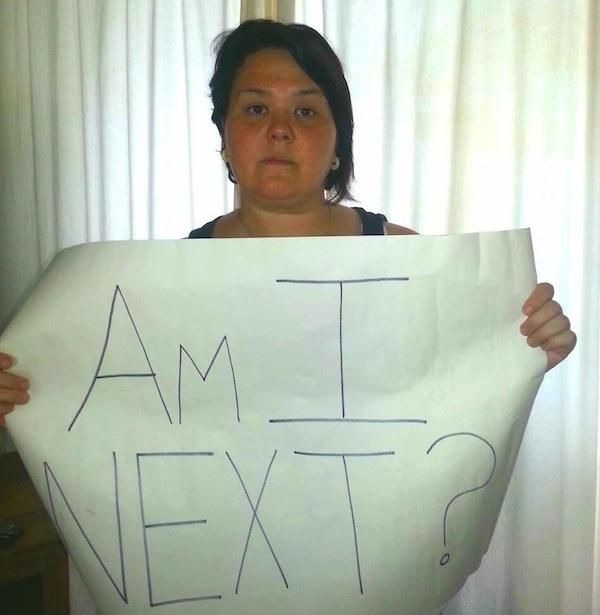 Holly Jarrett/Facebook
Holly Jarrett, cousin of murdered Inuit university student Loretta Saunders, has begun a social media campaign to push for a national inquiry into the issue of missing and murdered indigenous women in Canada.

It’s the heartbreaking question of our time, at least in Canada, where indigenous women have begun a social media campaign to draw attention to the prevalence of violence against them.

The movement was started by Holly Jarrett of Hamilton, Ontario, according to CBC News. Jarret is a cousin of Loretta Saunders, a grad student at St. Mary’s University in Halifax, Nova Scotia who was murdered earlier this year, allegedly by her tenants when she went to collect rent. The 26-year-old, pregnant Saunders had been researching the issue of missing and murdered indigenous women in Canada—more than 1,200 unsolved cases over the past few decades, according to the Royal Canadian Mounted Police (RCMP)—for her thesis when she went missing herself.

Most recently, across the country in Manitoba, the body of 15-year-old Tina Fontaine was pulled from the Red River in Winnipeg in August, wrapped in a bag. The homicide investigation is ongoing.

The call was raised once again for a national inquiry into the issue. Soon after Fontaine’s remains were found, the premiers of all the provinces met with the Assembly of First Nations, the Métis National Council and Inuit Tapiriit Kanatami (ITK) and came out advocating for a roundtable. Prime Minister Stephen Harper has long held that an inquiry would not yield any answers and thus was not the way to go.

It’s not just First Nations calling for such an inquiry. President Terry Audla is also advocating for an inquiry, as is Métis National Council President Clément Chartier. Both also attended the meeting with premiers. The premiers as well support the roundtable idea—a meeting with federal ministers to discuss the issue, according to CBC News—and aboriginal leaders have agreed to that as a first step.

Meanwhile across Canada, women are posting selfies of them holding signs bearing the slogan “Am I Next?” and posting them to social media under the #AmINext hashtag, as CTV News reported. There is also a petition at Change.org calling for an inquiry, started as well by Jarrett.

“Our family is Inuit, and Loretta has now become one of the over 1186 missing or murdered Aboriginal women she was fighting for,” wrote Jarrett on Change.org. “It is time for our government to address this epidemic of violence against Aboriginal women. Our family is gathering strength and we will not let her death be in vain. We will fight to complete Loretta’s unfinished work.”