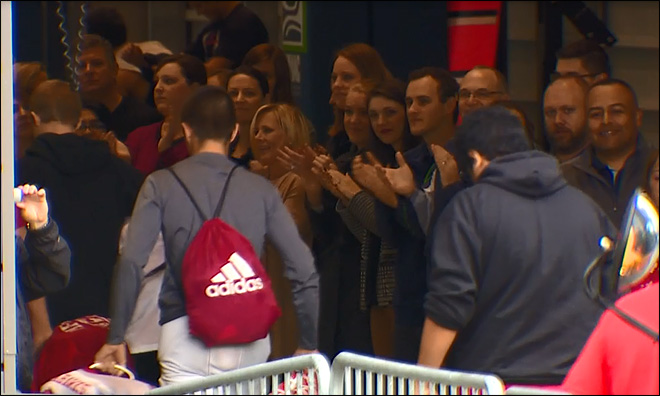 By Associated Press and KOMO News

Fryberg was a popular freshman who played football and was crowned homecoming royalty days before the shooting.

The Marysville-Pilchuck football team was scheduled to play against Oak Harbor high school in a district championship. After the shooting, Oak Harbor offered to take second place. On Monday, Seahawks coach Pete Carroll invited both teams.

Carroll called Oak Harbor’s gesture “extraordinary,” adding “we wish that we could do something to ease the pain of all the people that have been troubled.”

Mike Colebrese, executive director of the WIAA, the governing body for all high school sports, says practicing at the VMAC, a professional football facility, does not violate any rules or regulations.

“There is no violation of association of rules and regulations, they’re simply practicing in a facility that the Seahawks are gracious enough to offer,” said Colbrese. “Out of every tragedy there has to be some healing, and part of that healing is making sure we are paying attention to the community and the kids and I think that’s the important part here.”

A Seahawks spokesperson says Oak Harbor will practice at their facility later this week. Both Marysville and Oak Harbor have playoff games this weekend.