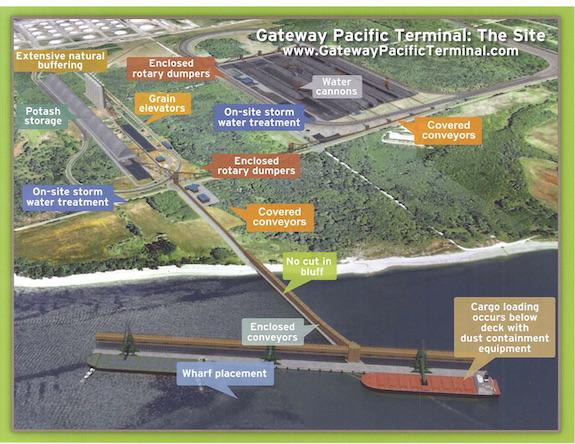 Leaders and members of the Lummi Nation and other Washington State tribes opposed to coal terminals in the Pacific Northwest are bringing their concerns to the other Washington, the U.S. capital, on Thursday November 5.

Eight tribes in total will call on Congress to honor treaties that safeguard both the environment and tribal members’ ability to fish and conduct other cultural and sustenance activities that would be compromised by proposed industrial development. They plan to speak on the issue at the Ronald Reagan Building courtyard during the White House Tribal Nations Summit, to be held

“Tribal treaty rights are being threatened by corporate interests and congressional interference,” said the tribes in a media release announcing the event. “As Lummi Nation fights to protect its fishing areas from North America’s largest coal terminal, other tribes have faced their own development pressures and stand united with Lummi against the terminal and the erosion of treaty rights.”

The Lummi have vociferously opposed the projects and have asked the U.S. Army Corps of Engineers to review and reject the proposal for a coal rail terminal at Cherry Point, the ancestral village site of Xwe’chi’eXen.

RELATED: Lummi Chairman: We Will Fight Coal Terminal ‘By All Means Necessary’

“Senator Steve Daines (R-MT) has led efforts in Congress to prevent the U.S. Army Corps from reviewing the impact of the terminal on the Lummi Nation’s treaty fishing rights—a central tenet of its trust responsibility,” the leaders said in the statement. “If successful, it could set a dangerous precedent for other projects in Indian country.”