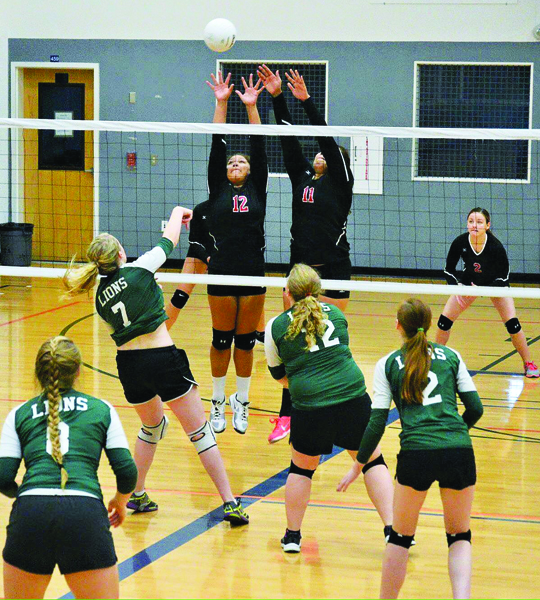 On Thursday, October 29, the Tulalip Heritage Lady Hawks (5-9) hosted the Skykomish Rockets (4-10) at Francy J. Sheldon court for a play-in game to the Northwest District 1B Volleyball Tournament. It was either win and advance to the playoffs or lose and the season was over for the Lady Hawks.

This would be the third matchup between these two teams, with Tulalip having beaten them at home 3-1 earlier in the season but then losing 2-3 at Skykomish just two weeks ago. The pressure was on Tulalip.

The 2015 Northwest District 1B Volleyball Tournament was held at Mt. Vernon Christian High School on Saturday, October 31. By winning their play-in game, the Lady Hawks had earned the right to play the #1 seeded team in the playoffs, the Mount Vernon Christian Hurricanes, in the opening game of the tournament. 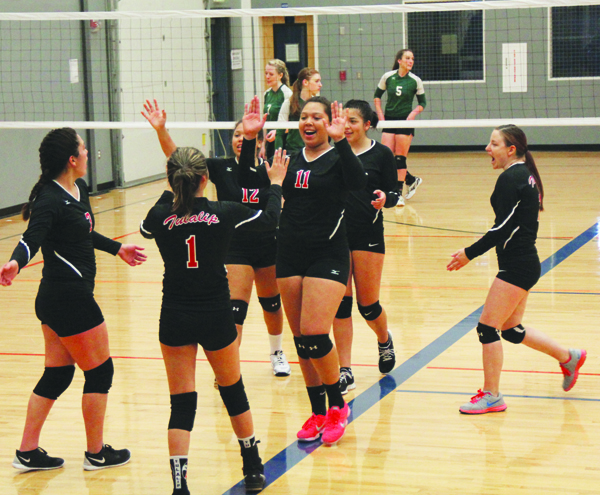 Losing 0-3 to the #1 ranked Hurricanes was a moral victory for Lady Hawks, as they took solace in knowing they were able to go point-for-point with the best team in the district when they played together and communicated effectively. The loss put Tulalip in a ‘loser out’ match versus the Cedar Park Christian Lions, so there would be only a 30 minute turn-around before they had to play again.

The Lady Hawks vs. Lions match would be the best match the Lady Hawks have played all season long. The two teams matched up almost identically with their style of play and athletic ability.

The 4th game saw the both teams match each other point for point to a 10-10 tie before the Lady Hawks managed to take a 23-19 lead. It looked like the game would go to the Lady Hawks after an Ace by Keryn Parks, but the court judges declared the ball went out of bounds. (Upon replay it was obvious the Ace was good, but volleyball doesn’t use replay) The terrible call gave the Lions new life and they rallied to beat Tulalip, 26-24.

Tied at 2 games each, the match would game down to a deciding 5th game. In volleyball, 5th games are played to 15 points instead of the usual 25 points. The Lady Hawks did their ‘pump it up’ huddle rally to make sure everyone had their focus back. Both teams were relentless in their pursuit of the ball in this final game. Players from both sides were flying around and diving on the ground to save each possible rally. The score was tied 8-8, then tied 13-13 before the Lady Hawks connected on back-to-back aces by Aliya Jones to win the game 15-13 and the match 3-2.

Winning the match meant the Lady Hawks had made it to the 5th place game, where they would play the Shoreline Christian Chargers. As in their previous match, this one would be another 5 game affair. The Lady Hawks continued to battle, set each other up for good passes and strikes, while also talking it up. 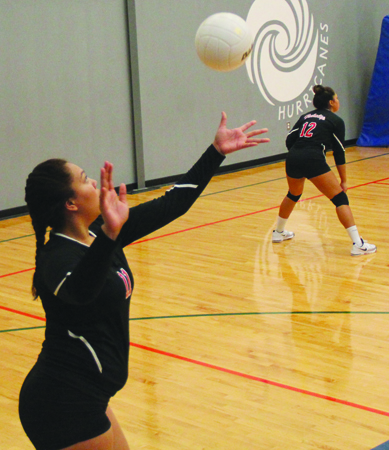 In the 1st game the Lady Hawks would fall 20-25, bounced back to win the 2nd game 25-21, fell in the 3rd game 19-25, and rally to win the 4th game 25-19. In the 5th and deciding game, the Lady Hawks would again be in a highly competitive, every point counts mode. Every point and rally by either team was countered right away, to the point that the game was tied 14-14 before the Chargers won back-to-back points that clinched match victory.

After the very up and down regular season the Lady Hawks had, it was a delight to see them play with as much energy and team spirit in their play-in game to make it to the playoffs, then to rise to the occasion over and over again versus grade-A competition. Finished 6th in the entire 1B District is definitely an achievement for the Lady Hawks and their coach summed it up best following the season ending game.

“I am so very proud of our Lady Hawks volleyball team,” stated Coach Tina Brown. “The girls made it to districts for the first time, they played with pride and fought hard. What a great season.”