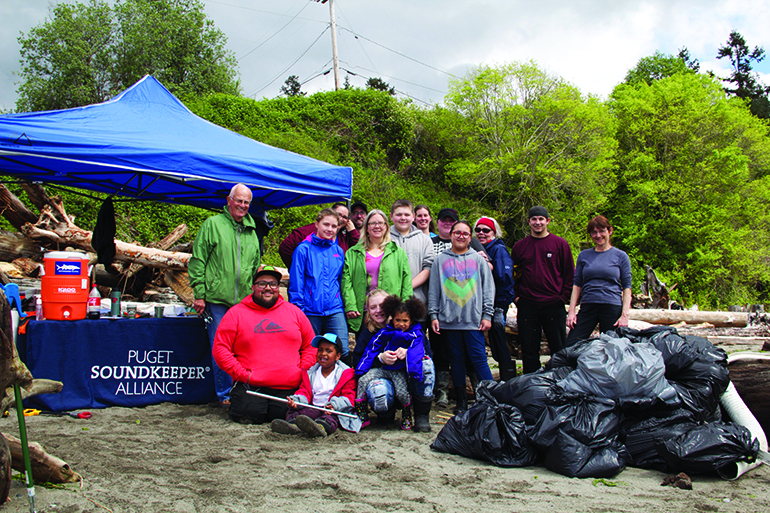 The world is beginning to see the physical effects of climate change in the shape of melting ice glaciers, rising sea levels, declines in animal species and changes in weather. Humans, while causing this change, can also be the cure. Through trimming our waste, recycling, and being more energy efficient, we can reduce our carbon footprint.

The folks at Puget Soundkeeper, an environmental group that works to protect and preserve the Puget Sound, teamed up with the Tulalip Tribes and Sno-King Marine Mammal Response, who promote respect of the marine environment, to host a community cleanup at Mission Beach in celebration of Earth Day.

The focus of the April 23 Mission Beach cleanup was to clear debris found along the shore and remove a noxious weed called Scotch broom.

“Each plant can dump thousands of seeds on the ground and they remain viable for 30 years or more. It grows fast and crowds out other native plants,” explained Julia Gold, Tulalip Tribes Natural Resources. “Over the last 3 years since the homes were removed from the beach, tidal action has formed a small dune on the upper beach and native willows, rushes and dune grasses are establishing themselves. But Scotch broom seeds are arriving quickly and have formed 10-foot high thickets in three short years.  So for the Tulalip Natural Resources Department, removal of the Scotch broom is a high priority.  The dune environment is a very important food source for young salmon coming from the Snohomish River. They look for cover in the nearby eelgrass beds and feed near the shore during high tide.” 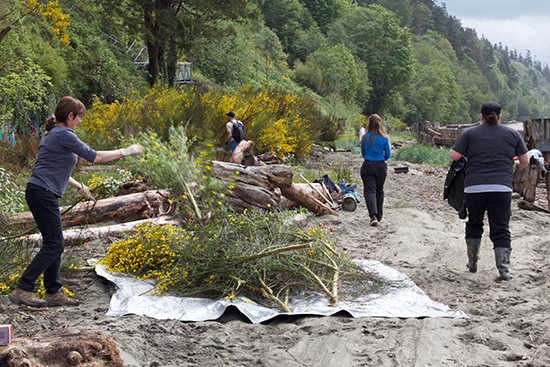 Puget Soundkeeper were looking for a beach clean project, and since the Tribe hosts one or more Earth Day events each year, they chose Mission Beach out of a dozen potential project sites.

Andy Gregory, Pollution Prevention Director for Puget Soundkeeper, explained the devastating affects marine debris has on the world’s oceans and how it impacts habitat and wildlife in critical and sensitive water bodies such as the Snohomish estuary adjacent to Mission Beach.

“Just below the low-tide line at the beach is critical Eel Grass habitat used by forage fish and juvenile salmon,” said Gregory. “Marine debris, and especially micro-plastics, can contaminate this habitat and enter the food chain where they become toxic to fish and the humans or marine mammals that consume them.”

Tulalip tribal members and community members, along with the two environmental groups, worked together to create change, to help the environment and protect its wildlife for us, for Mother Earth, and for our future generations. 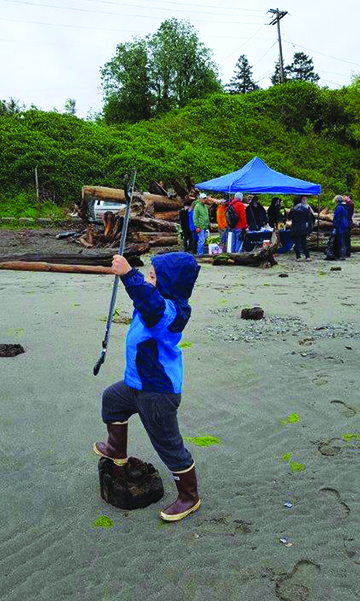 “With the help of over 20 volunteers we removed 353 pounds of debris and a pile of Scotch broom that was bigger than my VW bus!” exclaimed Gregory.

“This work is both challenging and rewarding, while it can be frustrating to see trash carelessly left on the beach or shoreline, it is very satisfying to see such a group of enthusiastic volunteers happy to do their part to clean up. When we showed up in the morning, it was cold and stormy with a strong wind and intermittent rain. As we began to work, the clouds cleared and the sun came out. One of the girls from the tribe said, ‘The sun came out because our ancestors are happy with the good work we’re doing.’ I am humbled to be part of this important work.” 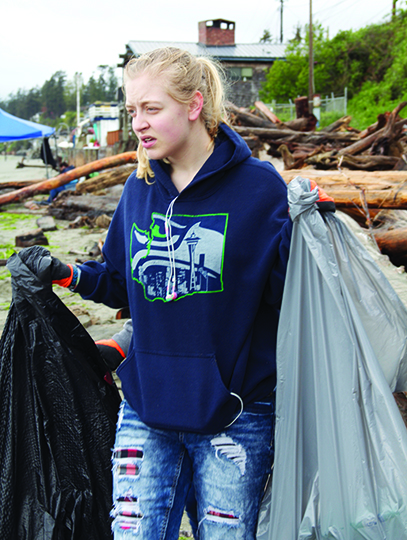 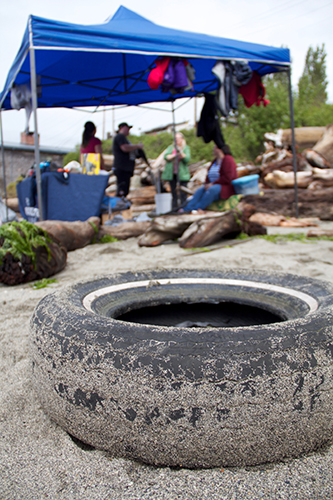