When tribes stand together is when we are strongest 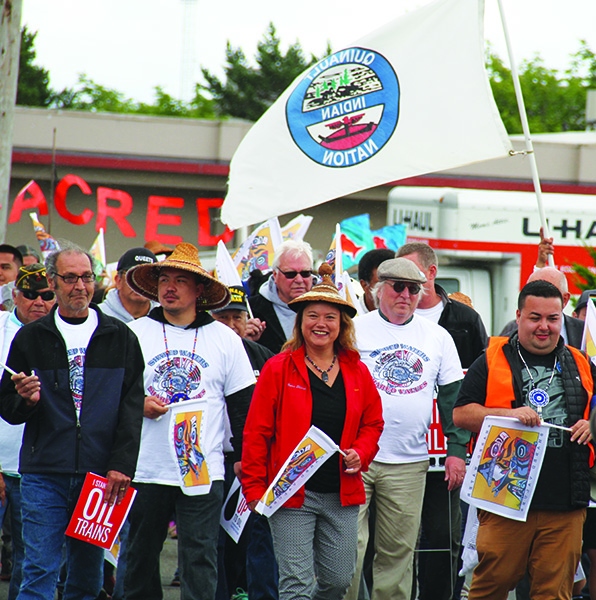 Grays Harbor County is the vacation destination for Washingtonians who are looking for a relaxing affordable getaway. Grays Harbor is the home to popular beach towns like Ocean Shores, Seabrook, and Westport. Hikers and nature lovers who visit the Hoh Rainforest and Lake Quinault frequently admire the northern borders of the county because it shares the Olympic Peninsula with Jefferson and Clallam Counties. This county with breathtaking views almost everywhere you look is in danger of jeopardizing its greatest tourist attraction: it’s natural resources.

Westway Terminal is seeking to build and operate oil terminals in Grays Harbor. The company wants to bring in large amounts of oil via train, store it on the shoreline, and ship it out of the harbor in tanker vessels. Westway is the third company attempting to bring crude oil business into the Grays Harbor community in recent years. Imperium Terminal Services and Grays Harbor Rail Terminal have both attempted and failed largely due to the communities’ opposition. Westway argues that the company will create thousands of job opportunities in a community that is economically struggling, and that Washington State has one of the best oil spill prevention and response teams in the country, so if a spill were to ever occur, the damage would be significantly less than other states. 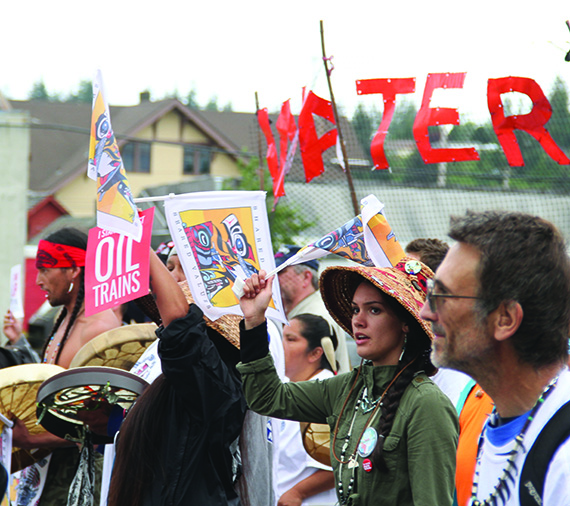 Grays Harbor recognizes the point the company is trying to make and although some citizens find the possibility of an economic boost appealing, the majority of Grays Harbor feel the risk is greater than the reward. The Quinault Indian Nation (QIN) is the most prominent among the many active voices in the community regarding this issue.

QIN hosted a march and rally in the city of Hoquiam on Friday July 8, protesting crude oil in Grays Harbor County. Hundreds of tribal and community members united in an effort to save the county from Westway’s purposed oil terminals. The rally began when traditional canoes docked at the Hoquiam River. Once everybody was ashore the protesters, with banners raised high, marched onto Hoquiam City Hall. 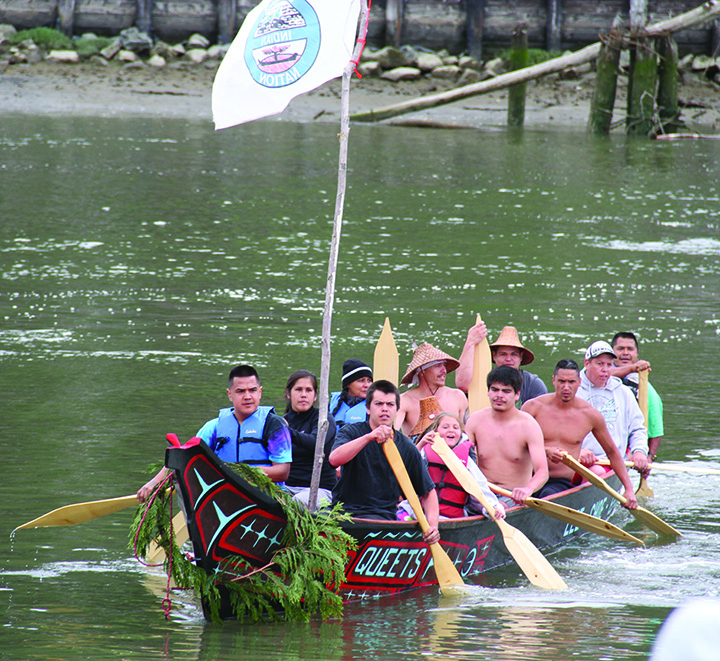 “Our ancestors gave up so much when signing the treaties. They worked to ensure that our generation, and we are the seventh generation since the Quinault Nation signed our treaty in the 1800’s, would be secured by treaty rights. This generation is standing up for our treaty rights to ensure that our natural resources are preserved for the next seven generations to come,” stated QIN President, Fawn Sharp, as the large crowd began to chant “No crude oil!” 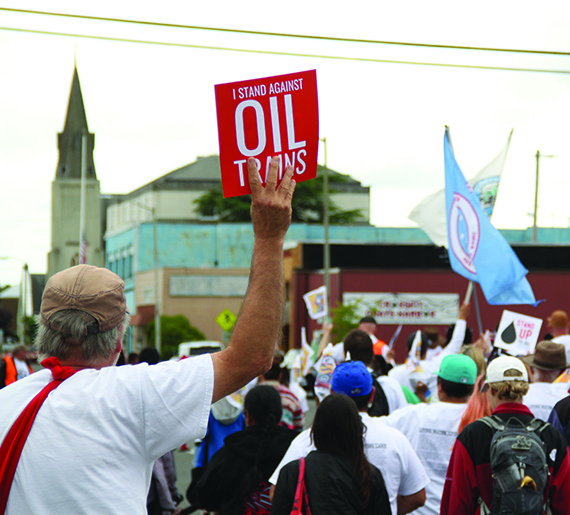 President Sharp commissioned an economic study in regards to what would happen to the community if the county approves the oil terminals. The study found that in the case of an oil spill, approximately 10,000 jobs would be threatened including 700 tribal fisherman, 400 non-tribal fisherman, and over 4,000 tourism based jobs. According to the study, more jobs would be lost in the community in the event of a spill than the jobs that would be created by approving Westway’s move to the harbor. Not to mention the damage a spill would cause the environment.

Sharp stated, “We are at a critical place in Grays Harbor. A decision is going to be made soon. The future of this harbor is going to go in one direction or the other. We need it to go in the direction of no crude oil forever!”

Several community leaders gave testimonies opposing Westway at Hoquiam City Hall that afternoon. Tribal leaders from Lummi, Neah Bay, and Quileute were in attendance to show support for Quinault. With the majority of the community on the same page, the purposed oil terminal seems to facing a losing battle. The QIN’s effort to preserve its natural resources for it’s future tribal members is a battle that the Nation is always prepared for. The protection of treaty rights is a fight that all tribes throughout Native America are familiar with, and when tribes stand together is when we are strongest. No crude oil! 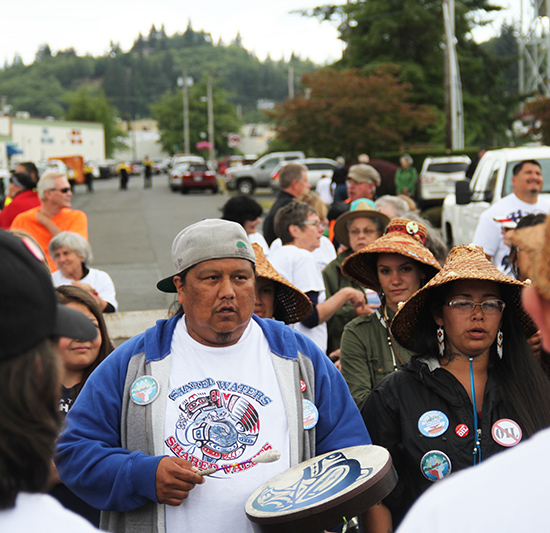 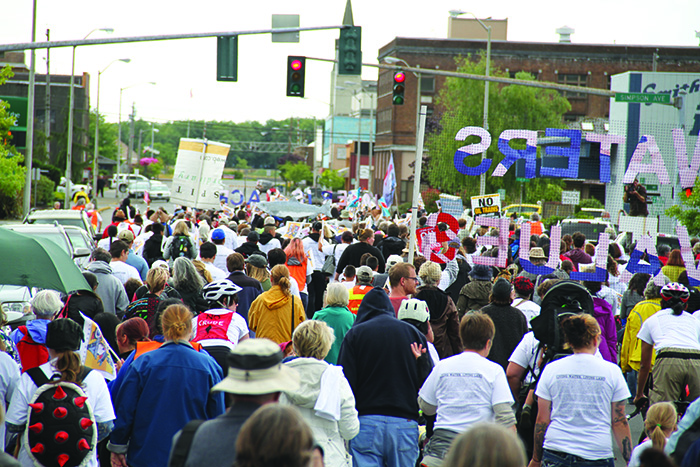