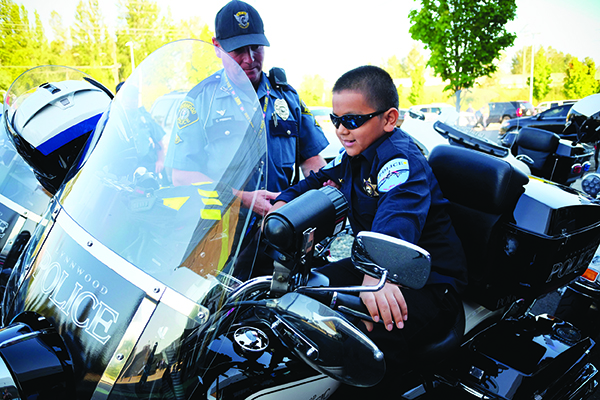 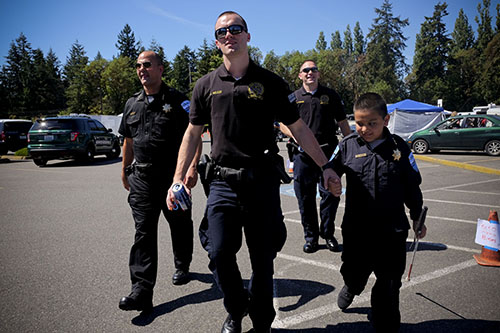 Helicopters, armored trucks, motorcycles, and multiple squad cars rolled into the city of Burien on August 18, 2016. All of these vehicles, some transporting precious cargo, were en route to the Washington State Criminal Justice Training Center. Many passengers in the vehicles were police chiefs hailing from multiple jurisdictions in the state of Washington. The ‘precious cargo’ is in reference to whom those police chiefs were handing over their reigns and titles to: the little chiefs. 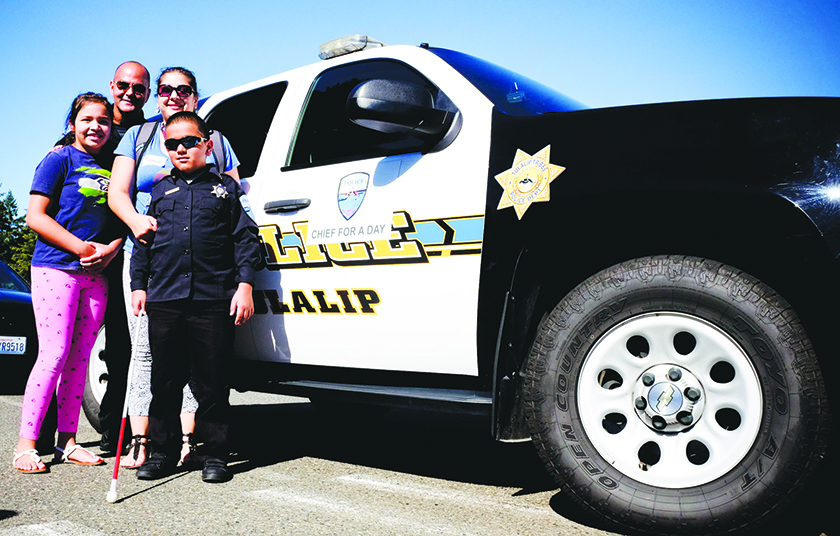 Witnessed by police officers, family and friends, law officials held a swearing-in for local children to the honorary role of police chief.  Kids who have been diagnosed with chronic illness and life threatening medical conditions were celebrated for the strength, love, and inspiration they show daily to their communities in an event known as Chief for a Day.

Among the dozens of police departments in attendance was none other than the one that protects our community, the Tulalip Police Department (TPD). Chief Carlos Echevarria made the trip to Burien to transfer his authority to a twelve-year-old Tulalip tribal member, decked out in a TPD uniform, Colin Ivarra.

Full of excitement and always sporting a smile Colin has reminded the Tulalip community about the power of optimism. Colin, who is visually impaired, has already won a battle, a battle that most people with similar conditions to Colin often fight their entire lives.

Colin has conquered self-acceptance. A lot can be said about the little chief – all of it positive. Colin radiates so much positivity and good vibes because he never allows being blind to interfere with having fun, being a kid, and most importantly, his values.

Although he might not know it yet, family is one of the values that Colin, taught by his Auntie Sarah Ivarra, practices everyday.  A close-knit family, perhaps a main contributing factor, is Colin’s key to success. Sarah and his entire family have stood by his side, supporting him every step of the way in his young life.

Sarah stated that Commander Kenn Johnson personally contacted Colin to recruit him for the Chief for a Day event. In preparation for the event, Colin completed an ‘About Me’ questionnaire and submitted it to the TPD.

The event included police demonstrations, pony rides, face painting, and carnival rides. The highlight of the event was the swearing in ceremony. Chief Echevarria and Commander Johnson presented Colin with an authentic TPD badge and array of gifts personalized for Colin based on his ‘About Me’ quiz. The gifts included an iPod, toys, movies, camping gear, and Colin’s favorite gift, a scooter. 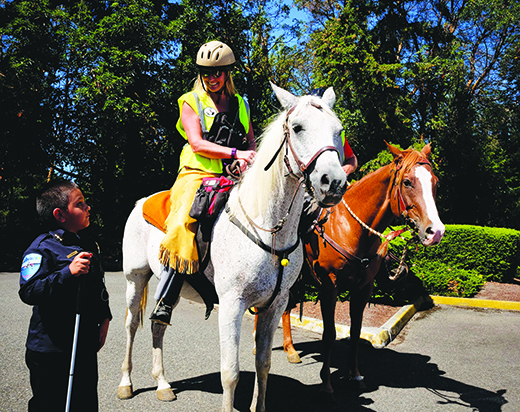 “It was awesome! I was excited cause I got to talk and control a robot, I watched some people get tased, there was a robot boat, and free ice cream,” Colin exclaimed about his experience as little chief of Tulalip.  “It was sooo cool, everyone is nice and the gifts are really cool.” His advice to future little chiefs is simply to have fun.

“It was just really nice to see [Colin’s experience] so personalized,” Said Sarah. “It is great to see him honored.

Sarah thanks the TPD, especially Chief Echevarria, Commander Johnson, and Officer Dyer for honoring Colin and accompanying him to the event. 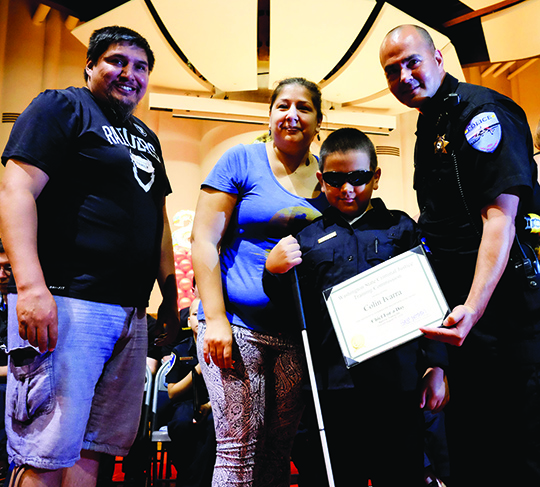 “I really want to be Chief again in a couple years, when I grow up,” expressed Colin. With a goal set in place and a great supporting cast, Colin is now stepping into a lead role, in which he portrays resilience, more exciting and important than any blockbuster on the big screen this summer. A role that promises to grab the attention of it’s viewers immediately. An action-packed story that will involve plenty of good laughs and happy tears, the story of a future Chief, Colin Ivarra.