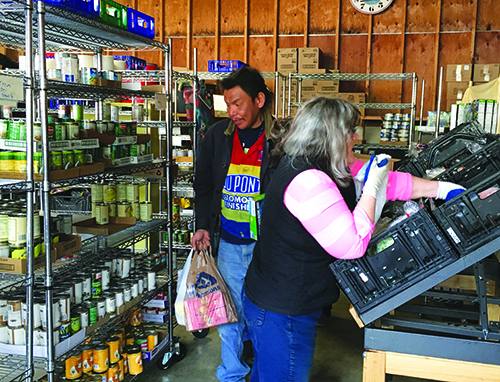 Tamara Morden was born and raised in the Tulalip community. Growing up, she was a member of the Tulalip Church of God, also known as the red church by locals. For the past six years Tamara has been assisting families in need by operating the Tulalip Food Bank. Located at the same church she was raised in, the food bank first opened its doors over thirty years ago.

“Marge Williams started it because there was a need and because of the way things were. If you lived on the reservation you were not allowed to go to the Marysville [food bank]. Marge made this happen so people west of I-5 have access to a food bank,” she stated.

Tamara explained that after Marge passed, her mother Francis Morden continued to accept and disperse donations to the community. When Francis reached eighty years young, Tamara decided to take on the responsibility and continued to serve the people of Tulalip. 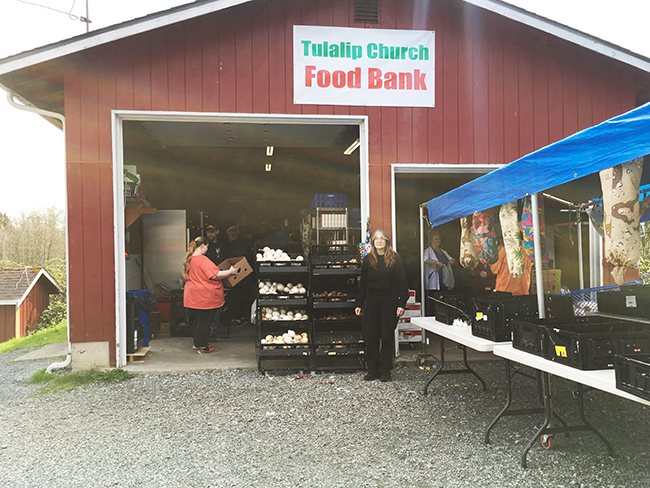 Since then, she has transformed the typical food bank pantry by creating an efficient and organized shopping experience. The food bank offers a variety of items including macaroni and cheese, fresh vegetables as well as frozen protein such as chicken. Tamara takes the time to cook dinners such as Indian tacos, chili dogs and casseroles for the community members after the food bank closes for the day.

“We are available to everybody in need of food. I’m here to feed everybody, I don’t care if you’re from Everett, we don’t turn people away. We serve about one hundred and fifty to one hundred and sixty people every two weeks. If I feed one person, I’m good. If I feed a bunch of people, I’m better. I love what I do,” states Morden. 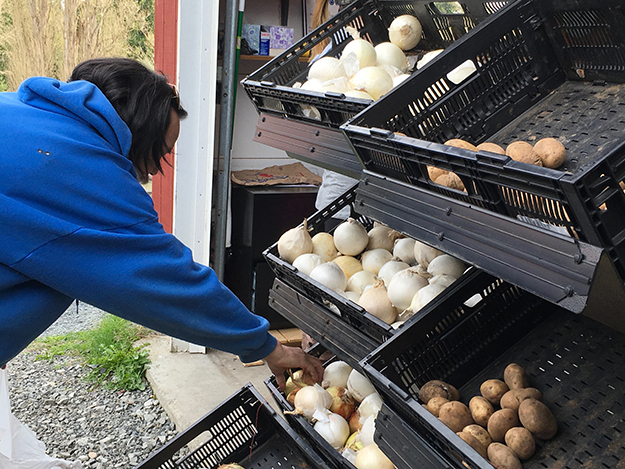