Community members gather for blessing and cleansing of canoes 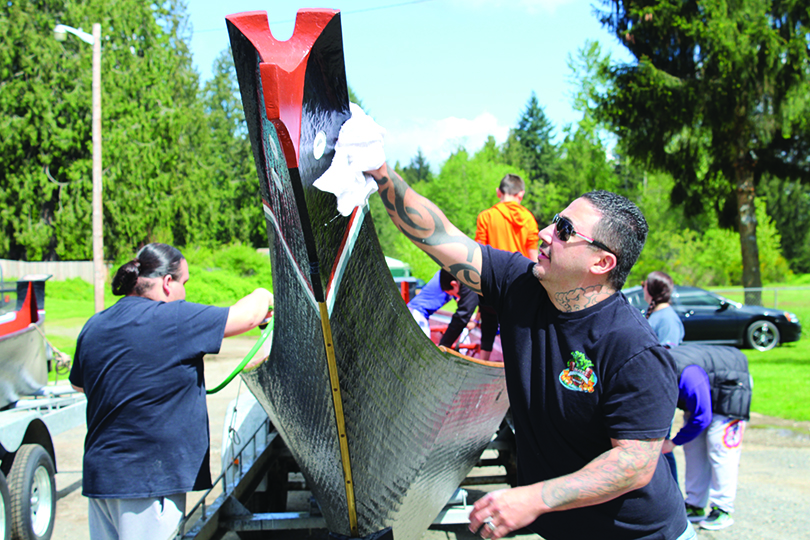 The Paddle to Seattle sparked a cultural movement amongst Northwest coastal tribes during the summer of 1989. Over fifteen tribes, in numerous canoes, arrived in Elliot Bay to celebrate Washington State’s one-hundredth anniversary. Tribes honored and recognized the history of the canoes while traveling to the event nearly twenty-eight summers ago. Carved from cedar, canoes were traditionally utilized by Native ancestors while hunting, fishing and traveling to other tribal villages during both times of celebration as well as war. 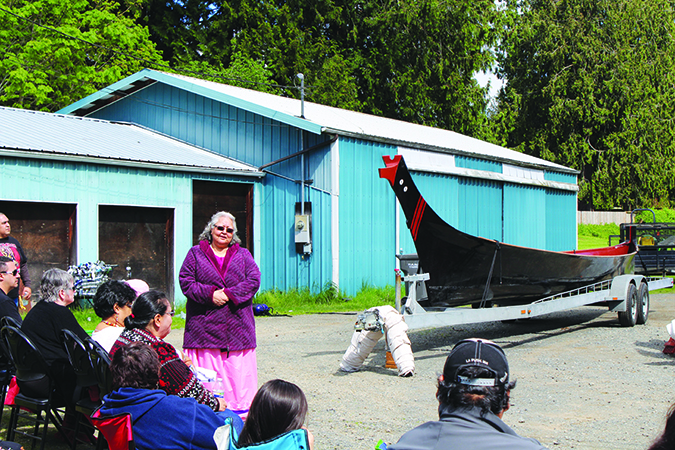 The event inspired the tribal nations to begin the Tribal Canoe Journeys in 1993 with the Paddle to Bella Bella, BC. Tribal Journeys is a summertime event in which multiple tribes travel together, from tribe to tribe, to a final landing destination. The tribes take turns hosting the final landing destination each year. After all canoes arrive at the final destination, a weeklong celebration ensues in which canoe families engage in traditional song, dance and storytelling.

The Canoe Journey, a drug and alcohol free event, allows many to reconnect with their culture. The Tulalip Tribes officially joined in on the festivities in 1997 during the Paddle to La Push, according to Skipper Harvey Eastman. 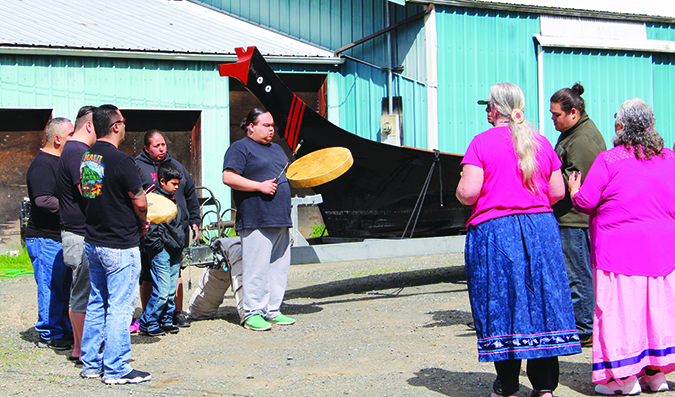 In preparation for this year’s Journeys, Paddle to Campbell River, Tulalip’s Rediscovery Program held a canoe cleansing event. Many Tulalip community members gathered at the Tulalip Veteran’s Park, on the morning of Sunday May 7, to witness the blessing and cleansing of the three family canoes. It is anticipated that one of them will be used to navigating the sacred waters during this upcoming summer.

“This is the way we want to begin our activities with the canoes, to include a spiritual cleansing because they have been in storage since the end of last years’ canoe journey. We know canoe travel was the mode of travel for our ancestors, and they lived a very spiritual life. There’s spirits in the water. This is also a spiritual journey as well as an opportunity to meet with our friends and relatives. We want it to be a good and spiritual awakening and rewarding journey to individuals as they learn many things about our culture along the way,” states Rediscovery Program Coordinator, Inez Bill.

Marcia Horne stated that the traditional blessing placed a protection shield on the canoes and the canoe families, while opening a clear path to Campbell River. Traditional Storyteller and Master Carver, Kelly Moses, spoke of the opportunity the event offers to tribal children in the wake of the nationwide heroin and opioids epidemic that is becoming more prevalent in many Native communities. 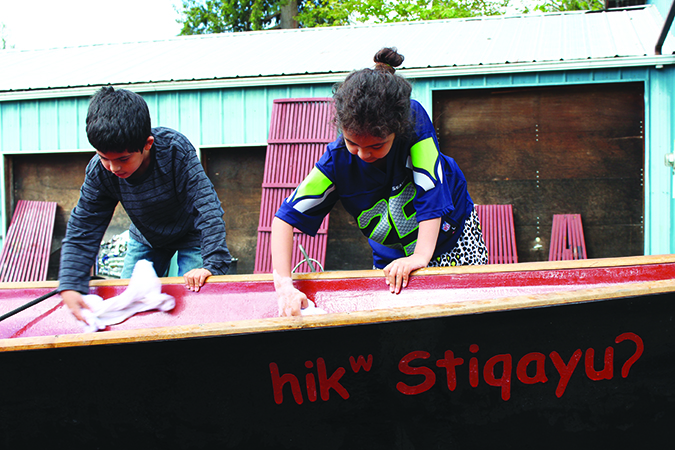 Following the blessing, community members were equipped with buckets of soapy water along with towels as they cleaned and prepped the canoes for the open waters.

“It’s new, but this is something that we wanted to have done, to prepare us for getting the canoes ready to be put on the water,” explained Inez. “I think it’s important we do that, just to clear our path and the path of the canoes, spiritually. We’re taking care of the canoe by washing it before it goes out on the water because it has been sitting for a year. It’s important that we take care of what we have and continue to honor and respect it because it is part of our teachings,”

Canoe pulling practice will begin in the near future as the Rediscovery Program continues preparation for this summer’s Tribal Canoe Journeys. The program is also holding a variety of gift-making classes at the Hibulb Cultural Center, open to all community members. Items made during these classes will be gifted during protocols at this year’s Journeys.

For additional information regarding the 2017 Tribal Canoe Journeys, please contact the Rediscovery Program at (360) 716-2635.