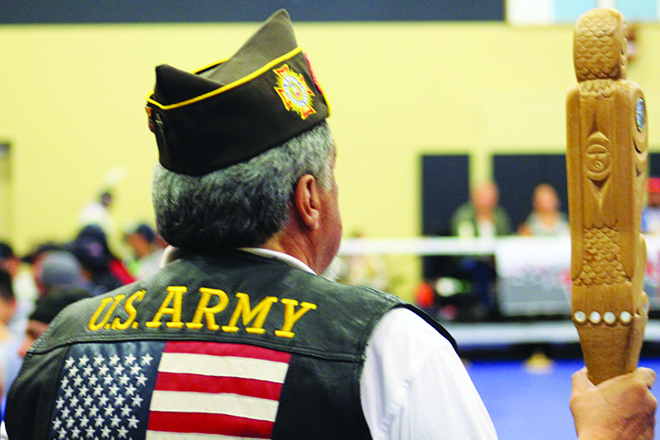 During the first weekend of June, the Tulalip Tribes hosted the 26th Annual Veterans Pow Wow. The event, located at the Greg Williams Court, attracted a considerable amount of traditional singers and dancers as well as hundreds of onlookers.

Draped in traditional and vibrant regalia, the dancers took to the floor to celebrate Native American culture, while over fifteen drum circles provided the beats throughout the weekend. The bleachers of the gym were overflowing as attendees witnessed various tribal members gather, from across the nation, to honor the Veterans of Native America.

Master of Ceremonies, Vince Beyl, worked alongside Arena Director, Anthony Bluehorse, during the drug and alcohol-free event. Numerous vendors were stationed outside of the gym, selling an array of goods including art, clothing, jewelry, beaded regalia, Pendleton blankets and traditional foods such as frybread and Indian tacos. 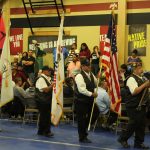 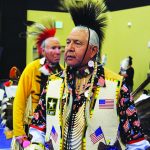 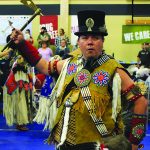 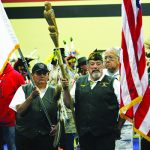 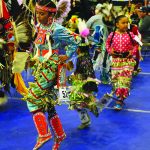 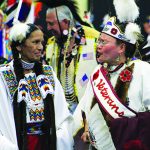 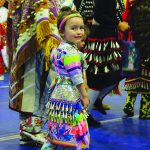 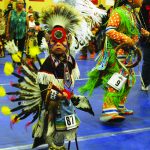 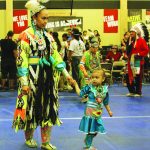 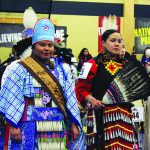