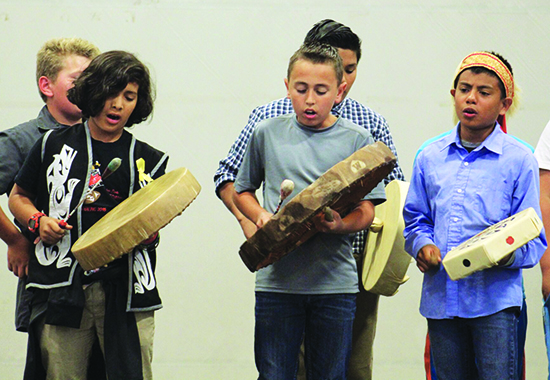 A potlatch is a ceremony held by Pacific Northwest Native Americans. Potlatches, typically hosted by families within a tribe, are held to commemorate major life events such as birth, traditional namings, coming of age, weddings and the celebration of life. During the event, hosts often share their traditional family-owned songs, dances and stories with the community. Items are gifted to guests including money, blankets, baskets, paddles and canoes to show the families’ social status as well as their appreciation of support. By accepting the gifts, the community can confirm that the event took place. Official witnesses are appointed to remember what occurred during the event. Potlatch ceremonies have been practiced by the Coast Salish people for centuries. 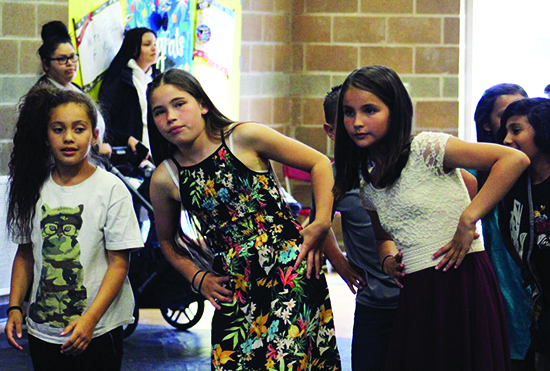 Quil Ceda Tulalip Elementary (QCT) hosted their Annual 5th Grade Potlatch at the Francis J. Sheldon Gym on June 5, 2017. The event is held to congratulate the students on the successful completion of elementary school while honoring Native American heritage.

“Our people, long ago, used to have potlatches. Often times at a rite of passage – the first deer a young man might get or when a little girl turns into a young lady. So it’s a perfect time to hold a potlatch and honor them during the transition of life,” states QCT Cultural Specialist, Chelsea Craig.

During the potlatch, the fifth graders performed traditional songs and dances. Elected student speakers reflected on their time at QCT, thanked their favorite teachers and offered words of encouragement to their fellow students. The students also appointed official witnesses, Tulalip Board Member Jared Parks and Lushootseed Language Teacher Michelle Myles.  The fifth grade class offered advice to the fourth grade class during the passing of the paddle, a tradition that signifies the transferal of leadership. 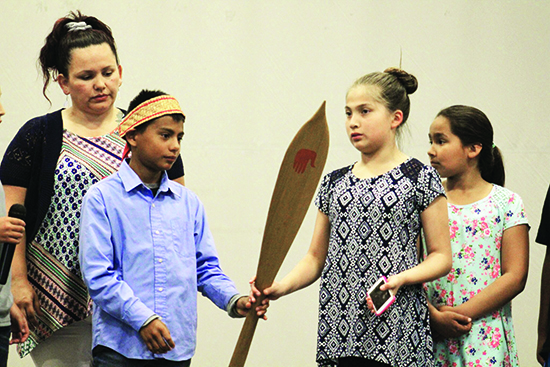 “We’ve been doing [the passing of the paddle] since Tulalip elementary, it’s safe to say for at least the last ten years. We’ve revived it from Harriet Shelton Dover, she did the passing of the totem, which was a ceremony that she started when working in education many, many years ago,” explains Chelsea. “We wanted to bring back the work that she started. She would always have the same little totem they would pass, while passing on words of advice and the idea of passing on leadership.”

The fifth graders were presented with certificates as well as beaded necklaces that featured a small cedar-carved paddle as the medallion to commemorate the QCT potlatch commencement ceremony. The students made a variety of items including handmade cedar-woven baskets to gift to everybody in attendance. 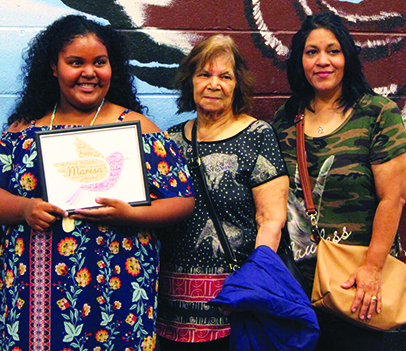 “This year, every single month we took a Friday and made gifts the whole day with the fifth graders. The Lushootseed department sent two of their workers and liaisons throughout the [Marysville School District] sent their workers. It really felt like how school should be – our own community members teaching our kids,” states Chelsea. “When I say teaching, I mean working alongside them, kind of like how an auntie teaches someone. The kids really enjoyed it and got into it. Every single student made a cedar basket, that was our goal, we made ninety-five baskets this year.”

QCT is making strong efforts in changing the education system to work in favor of the future generations of Tulalip. During the assimilation era, Native American children were forcibly removed from their families and sent to boarding schools, where they were punished for speaking their native language and practicing cultural traditions, in an attempt to ‘kill the Indian, save the man’. Traditional ceremonies such as potlatches were also nationally banned during this time period. The school aims to begin the healing process of generational trauma, caused by assimilation, through cultural and community-based teachings. 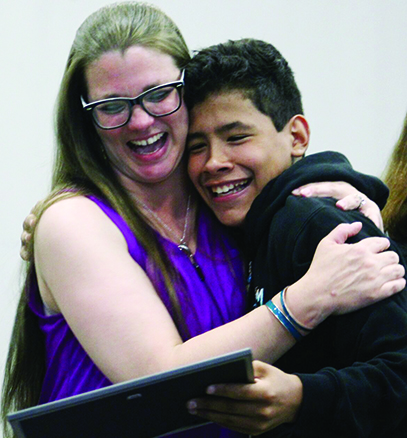 “Our potlatch event is an example of what the classroom and the whole school should be. It should be community-based learning, obviously teaching reading and writing within that setting,” continued Chelsea. “That’s my dream – that the feeling of what happens at a potlatch transitions to the classrooms as well as everything we do here at this school. Our school does not have to look like mainstream America schools; we know based on the last hundred years, that doesn’t work for our people. So now we’re trying to heal by finding something that works for our kids.” 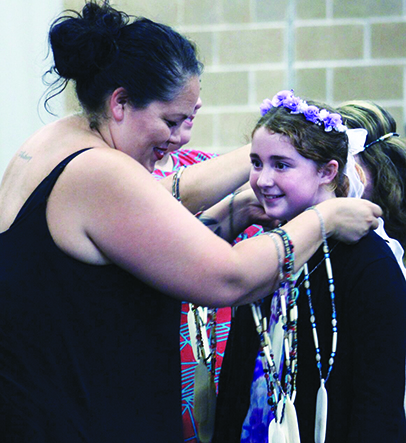 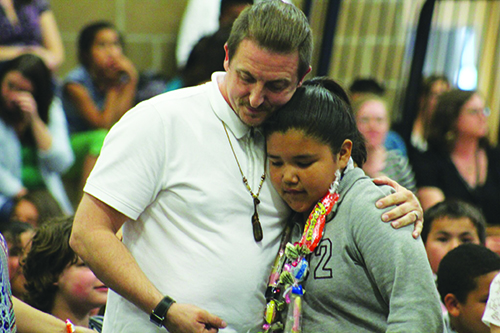