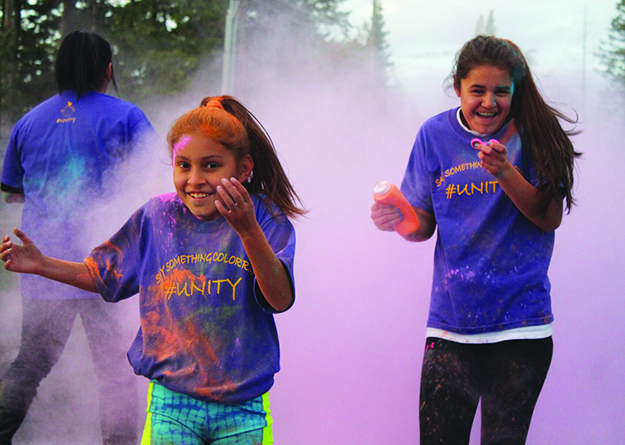 “What’s the day without a little night?

It can be hard, it can be so hard

But you got to live right now

You got everything to give right now”

The American Foundation for Suicide Prevention recently reported that suicide is the tenth leading cause of death in the United States with an estimated 44,193 deaths by suicide per year; for every suicide there are about twenty-five attempts. In the state of Washington, suicide is the eighth leading cause of death with 1,137 suicides each year. Suicide is the first leading cause of death among the youth in this state, ages ten through fourteen; and second leading cause of death for Washingtonians ages fifteen through thirty-four. In 2015, the Centers for Disease Control and Prevention released a report showing the highest suicide rate in the country was amongst the young adults of the Native American community. For the age group of fifteen through thirty-four, Native America reported 1.5 times more deaths annually than the national average, with 19.5 deaths per 100,000 population; however, CDC noted that those statistics may be underreported by approximately thirty percent.

As suicide and suicide attempts are escalating in Native communities, tribes continue to search for a way to reach their young members. Suicide is a topic that many are not comfortable discussing. Whether it’s because of a lost loved one or even personal attempts and thoughts, the stigma around suicide often prevents people from having an open conversation about the risks, factors, and signs; let alone the pain, anger and grief that suicide causes. 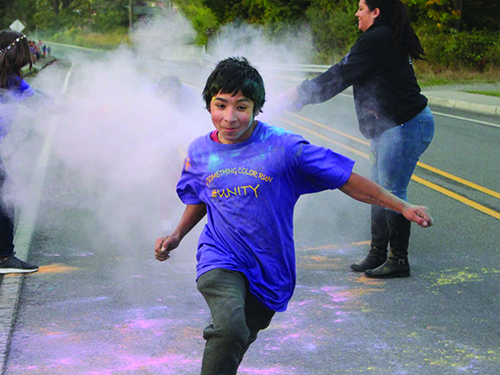 Tulalip Youth Services is well-aware of the suicide crisis as the community has been personally affected over recent years. Youth Services often holds open-forums for the young adults of the community, creating a safe space where teens can open up to their peers to speak honestly about suicide. Last year, Youth Services hosted the first annual Tulalip-Marysville Unity Month, better known as #TMUnityMonth in the social media realm, to promote awareness about issues such as bullying, domestic violence, substance abuse and suicide within the two communities. Youth Services dedicates an entire week to each of these issues during the month of October and plans events and activities based on the topic to bring awareness, resources and education to the community.

The second annual Unity Month started with Life is Sacred week, focused on suicide prevention. Four, three-step suicide prevention trainings, taught by the Tulalip Crisis Response Team, were held for the community throughout the week. Training attendees were taught how to spot warning signs and how to respond when dealing with someone who is suicidal. The three-step suicide prevention class is taught nationally and upon successful completion, students are awarded a certificate by the QPR Institute. Both the institute and the trainings are named after the three-steps in the prevention: question, persuade and refer. 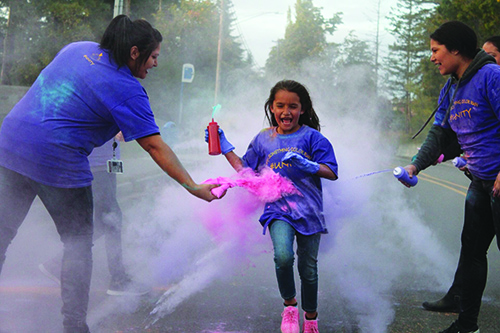 Crisis Response Team member, Yvonne Ito, explains the three steps stating, “Q is the question and the question is, are you planning on harming yourself, do you plan on killing yourself? People might not want to ask that question because they might not want hear the answer and are afraid of what the response will be. P – persuade someone to get help and R is refer them to the appropriate resource.”

Yvonne addressed the class during one of the trainings, asking “if someone told you they were going to harm themselves, where would you tell them to go?”

To which a youth, who wishes to be unnamed, answered, “I would refer them to the Community Health Department and get them in touch with some counselors. Obviously there’s the suicide hotline and get them support rather than telling them what they need to do and what they can’t do. Just letting them know that they have people who want them here and will listen to them. And also that they have me, that I’m always here to talk to and that I care.” 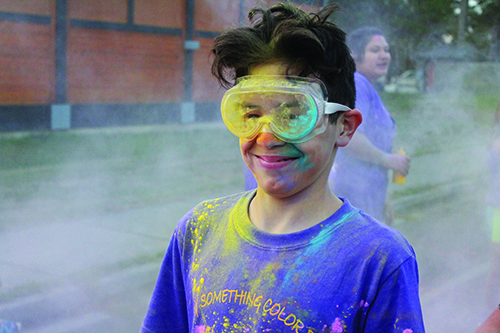 “Does anybody happen to know the suicide hotline number?” asked Yvonne. A group of young ladies answered, nearly in unison, “1-800-273-8255” before one of their peers added “you only know that because of the song.”

This year hip-hop artist Logic released a song titled 1-800-273-8255, the national suicide number. The song itself is told from three different perspectives; someone who is contemplating suicide, a friend offering words of encouragement and someone who is reflecting on a failed suicide attempt.

The unnamed student expressed that the song is extremely important in helping reach today’s youth stating, “I think that just the song’s title alone will save a lot of lives – I hope it does. It sheds a little light on a dark subject – you don’t have to listen to the song, or even be a fan of it, to save yours, a friend or anybody’s life, you just have to know the name.” 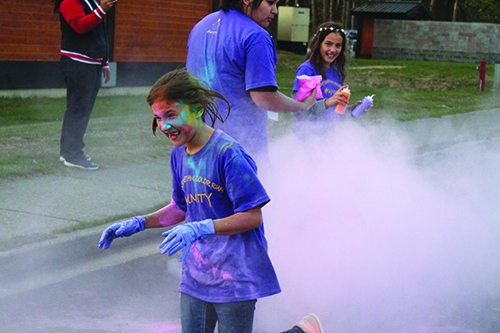 Frustrations were expressed, feelings were confessed and many tears were shed throughout the course of the four QPR trainings. Attendees were provided with plenty of resources and are now better equipped with the knowledge of how to prevent someone from committing suicide.

“The QPR trainings are important to our community, in particular, because we as Native Americans have higher rates of suicide in our community, with this training it can help us combat that,” expressed Youth Advocate, Deyamonta Diaz. “It’s not a cure-all but it does help for regular unlicensed folks, such as many of us community members, to help prevent and even talk with someone about suicide. The trainings also help bring awareness to some education around the topic of suicide in general. 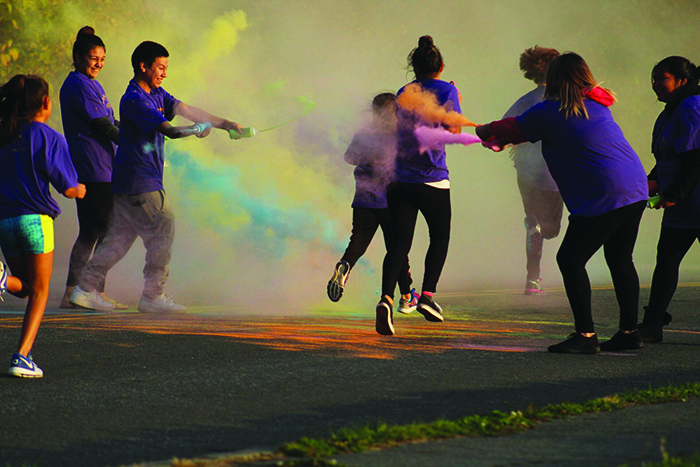 “I think the youth responded well to the QPR’s in the fact that they were able to address any feelings that they had towards the notion of suicide; and [the trainings] also empowered other youth to feel like they now know preventative measures,” he continues. “The biggest takeaway that the community learned from the sessions are that suicide is preventable by anyone, not just mental health professionals; and that if anyone is in need of help – me, you, or anyone in the community can help them out. I think we are all aware that suicide has impacted our community recently but we can tackle this issue and help heal our people.”

The community showed up in large numbers to conclude Life is Sacred week with the Say Something Color Run/Walk. Color-runners, accompanied by a Tulalip Police Department and Tulalip Fire Department escort, traveled the distance from the old Boom City site to the Don Hatch Youth Center on the evening of Saturday October, 7. Youth Service team members excitedly waited to cover runners with multi-colored powder chalk at multiple check-points. Upon reaching the finish line, runners were treated to pizza and a live DJ as community members celebrated a successful first week of Unity Month.