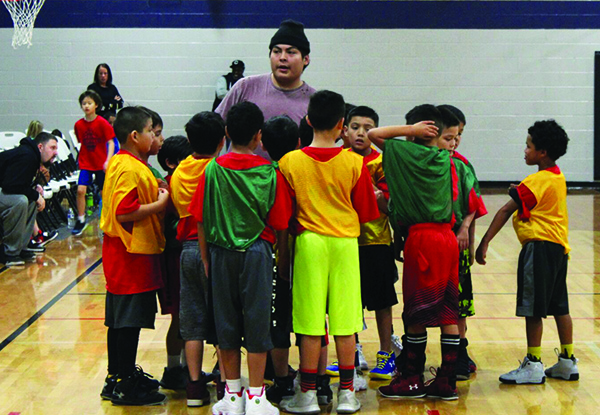 “I always tell the kids, the number one thing you should do while you’re on the court is have fun,” expresses Tulalip Boys and Girls Club Athletic Director, JP Miranda. Currently in mid-season, the Boys and Girls Club athletic program is teaching the Tulalip youth the fundamentals of basketball. The Tulalip club participates in an eight-week long basketball season in which they compete in weekly games against nearby Boys and Girls Clubs such as Arlington, Granite Falls, Everett and Mukilteo.

The Tulalip league consists of eleven teams starting with a co-ed kindergarten team. With the exception of the kindergarten squad, every team is based on which grade the child is in. The teams begin with students who are in the first and second grade, a boys’ team and a girls’ team respectfully, and range all the way up to seventh and eighth grade teams. Due to popularity, there were enough participants this year for an additional team of boys first and second grade students as well as boys third and fourth graders.

“Kids are going through a lot, not just home and family, but at school. Bullying is a big issue right now,” says JP. “All children crave the most is support from their parents, aunts, uncles and grandparents. Right now there is a decline in sports for boys and girls, that cut off in participation is around fourth and sixth grade due to either a poor coaching experience or lack of support. But on the other side of that, some kids who play select sports are getting burned out and stop participating because they feel they didn’t have the time to just be kids. Also technology, phones, laptops, game consoles are really taking a lot away from their participation. When kids come into the gym and are looking at their phones I tell them to grab a basketball and start dribbling.” 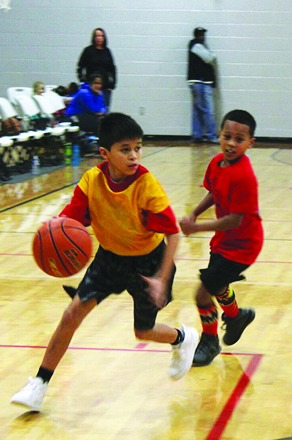 Throughout the season the little ballers learn the basics of basketball. While the younger kids learn essential knowledge and skills such as shooting, passing, dribbling and rebounding, the older kids work on plays, footwork, screens and cuts. All the kids however, learn the importance of defense, communication and accountability by learning how to play as a team.

“The more you practice, the better you get,” he continues. “I like watching them grow and watching them excel on a team and realizing that being part of a team is fun. You have to be able to work as a team to get anywhere. 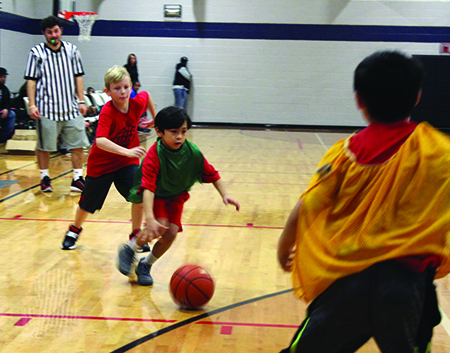 JP states that although attendance during home games is great, the kids would greatly appreciate more support at away games.

“Any volunteers are always helpful,” he expresses. “It’s amazing to see a child when one of their relatives comes in to volunteer. You hear the excitement when they introduce them, it seriously brightens up that child’s day. And it’s amazing to see a kid who’s out on the court and sees their aunt or uncle on the sideline, they start to play harder cause they know they’re there to watch them. I tell them all the time, when you’re out there on the court remember who you are, where you come from and what your family name means to you because that’s who you represent. You represent yourself, your culture, your tribe, your Native American background and you represent your family. Be proud of who you are and don’t act a fool on the court.”

For more information and to find out how to become a volunteer, please contact the Tulalip Boys and Girls Club at (360) 651-3400.