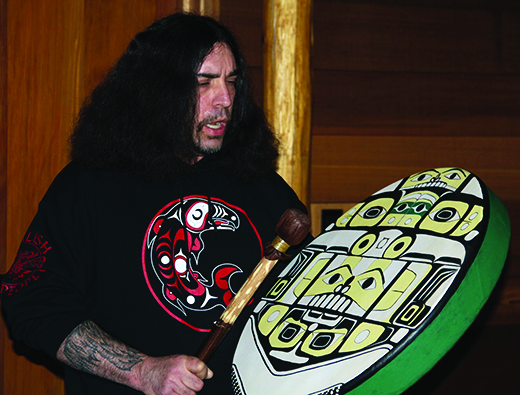 On the fourth Thursday of every month, traditional drumbeats echo from the Longhouse of the Hibulb Cultural Center between the hours of 6:00 p.m. and 7:00 p.m. And according to a couple of museum employees, the songs can be heard from as far as the intersection of Marine Drive and 27th Ave NE. 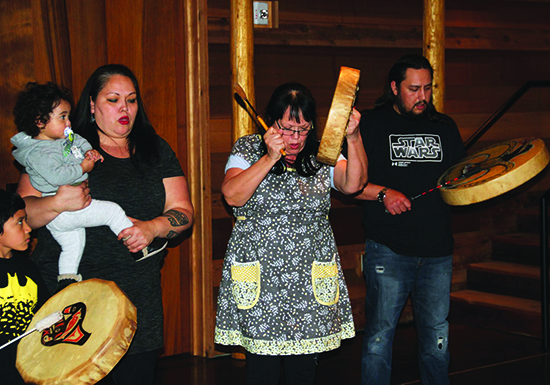 Traditional singers, dancers, storytellers and musicians from across the nation gather at the museum to celebrate Indigenous culture during an event known as the Hibulb Cultural Center Coastal Jam. During the most recent Coastal Jam, tribal members from Tlingit, Apache and Swinomish joined Tulalip members in a fun hour of song and dance. 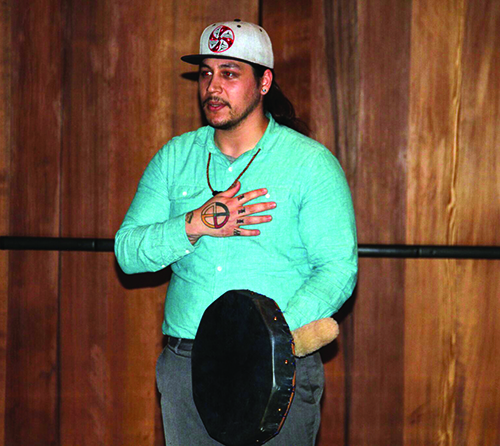 “These Coastal Jams are all about keeping the cultural fire burning,” explains Coastal Jam Host and Tulalip tribal member, Cary Williams. “We’ve been doing this for around five to six months. I’ve been to many different of arenas and many different styles of gathering, so in that way I’ve picked up those tools to run this floor. More and more people show up and more and more drums and songs from all different tribes are shared on this floor. It’s an open floor for traditions and teachings; we also play flute songs as well. We honor our elders and give them time to speak, we also allow the children to participate and pick up those teachings and be exposed to the songs and traditions.”

Many participants from other tribes shared their songs as well as a little bit about themselves and their families during the event. 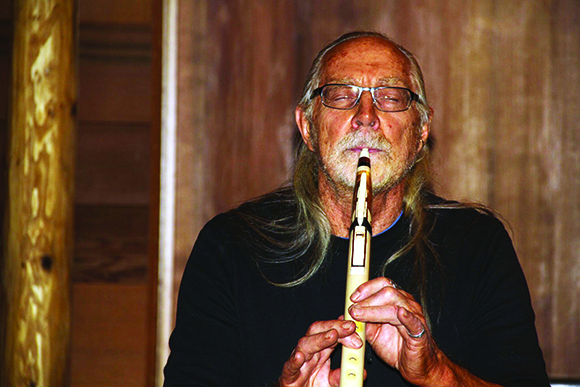 Traditional Flutist, Paul Nyenhuis, opened and concluded the ceremony, performing beautiful melodies on his handmade flutes. Paul also gifted miniature flutes to the youth in attendance. During one of the songs, a young tribal member was inspired to take to the floor to showcase her traditional dance skills. Soon after, participants began to join the young dancer until nearly every person in the Longhouse was either dancing or singing. One of the first to join the young lady was community member and Apache tribal member, Ayanna Fuentes. 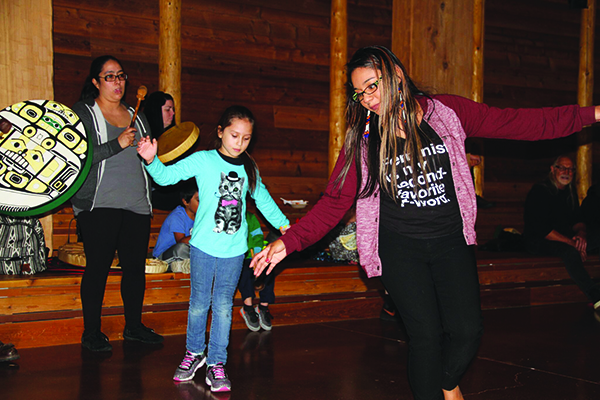 “I think the event is really good,” states Ayanna. “I live in Stanwood-Camano area and so most jams I have to drive out like forever far, so it’s super nice to have a local and safe space in the area. It definitely warms my heart to be able to come and share and sing. I love to dance. I sing and drum a lot but dancing is one of my favorite things about jams so it’s nice to be able to dance on a regular Thursday, it’s beautiful.”

Currently the Coastal Jams are held for only an hour, but Cary explained that as the event grows, so will the duration, expressing he wants each jam to go as long as it can for as long as it needs to. 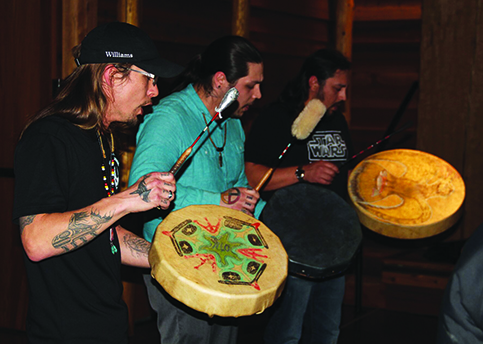 “It’s an honor to carry these songs,” Cary expresses. “It’s an honor to have them as a part of my life, to share them with the youth of this tribe and to have them out in front of our elders as well. It also heals me along the way when people come and share their songs. Our doors are always open and we invite all drummers and singers to this space to share what they have to offer to their community and families. Also, the outside world that comes and looks at who we are as Indian People, we also have that ground to educate upon and share our ways of life and our ways of viewing the world we all live in. I feel like participation keeps growing, one day soon this Longhouse will be too small for this event.”