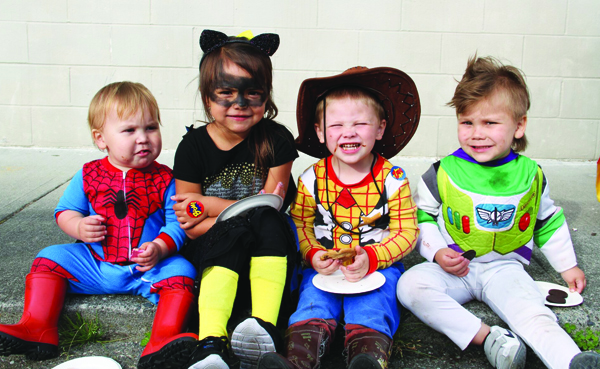 Many superhero stories begin in fictional cities such as Gotham or Metropolis, this one however, takes place on the reservation of Tulalip at the Betty J. Taylor Early Learning Academy gym. On the evening of May 18, a team of young students, incognito as their alter egos, assembled, not to fight injustice or villainous bad guys, but just to have a good time at the annual Superhero Dance planned by the Academy’s Parent Committee. Dressed as their favorite characters including Wonder Woman, Batman, Supergirl and Spiderman, the kids took to the dancefloor to showcase their special moves and superpowers.

“The Parent Committee deserves a lot of credit. The dance and the theme was their idea. They decorated and they fund-raise to put this on every year,” says Katrina Lane, the Academy’s Family and Community Engagement Coordinator. 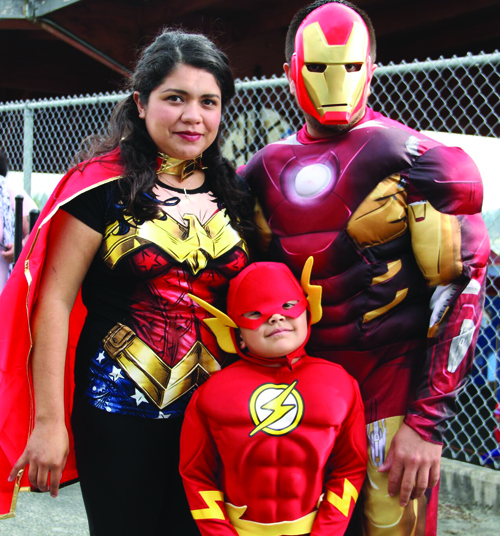 The inside of the gym was decorated with illustrations from the classic comic book era, complete with a metropolis-esque city skyline. After the first successful Superhero Dance last year, the Committee decided to continue with the theme this year. The inspiration for the dance originated from an annual dance held by the Marysville School District.

“We wanted to do something to encourage being active,” explains Jennifer Bontempo of the Parent Committee. “Marysville does a mom and son superhero dance every year and we thought this is awesome, we need to do this for our kids.”

“And our dance isn’t just for the boys,” adds Parent Committee Chairwoman, Mireya Gonzales. “The little girls get to dress up too! It’s great spending time with all the families, interacting and meeting new people. This is my first year planning for the dance, they held one last year and it was very popular so we decided to go ahead and redo it. We held a pretty good fundraiser around Christmas time so that gave us the funds to get the DJ. We also have Spiderman and Batman coming to visit.”

The kids were surprised when the superhero characters arrived, so much so they put their boogie on hold to greet Spidey and the Bat with hugs, high-fives and multiple questions. The characters stayed for the remainder of the event, dancing alongside the kids. Local heroes from the Tulalip Police Department and the Tulalip Bay Fire Department were also in attendance. 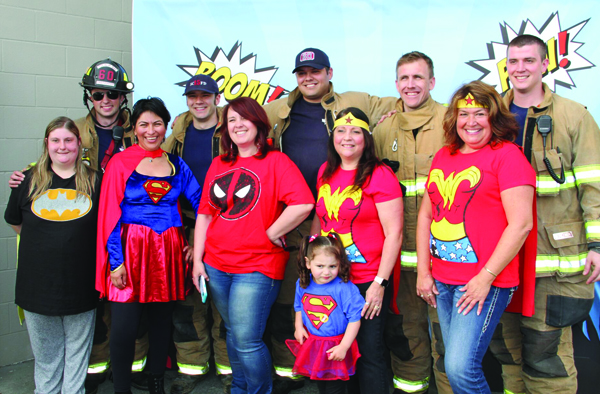 “We like getting out and spending as much time as we can with the community anytime there’s an event,” says Tulalip Bay Fire Captain, Chris Finley. “Especially with the little kids, because we know how much kids look up to firefighters and we just wanted to join the fun and be a part of this.”

Students and parents, many of whom also dressed up, had a fantastic time dancing together during the hokey-pokey and the cha-cha slide. The Parent Committee also began raising funds for next year’s dance by holding a raffle with an array of prizes including a TV and a tablet. 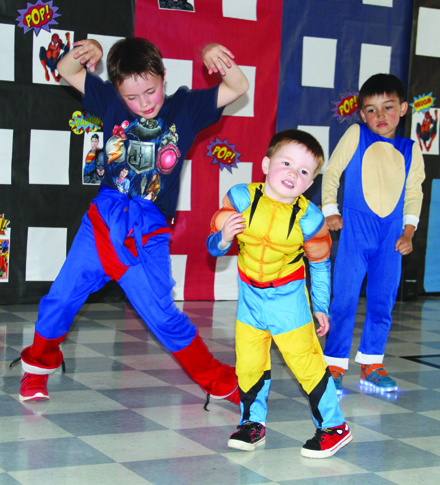 “The best part about the dance is dancing!” expressed Early Learning Academy student, Penny. “I also like dressing up. I dressed up as Belle because I really like Belle but my favorite superheroes are PJ Masks!”

After a night of action-packed dancing, the young heroes hung up their capes until the next superhero dance, or at least until they’re called upon to save the entire universe. 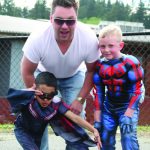 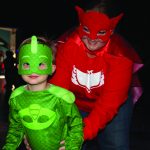 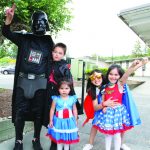 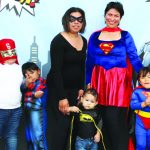 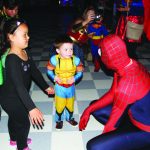 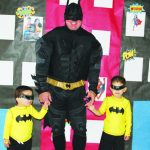 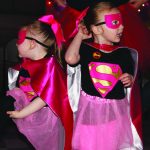 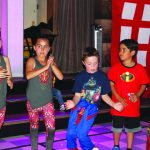 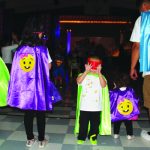 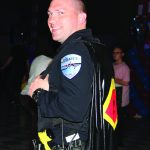 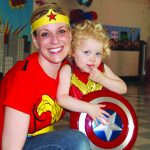 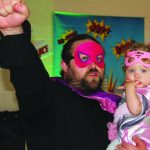