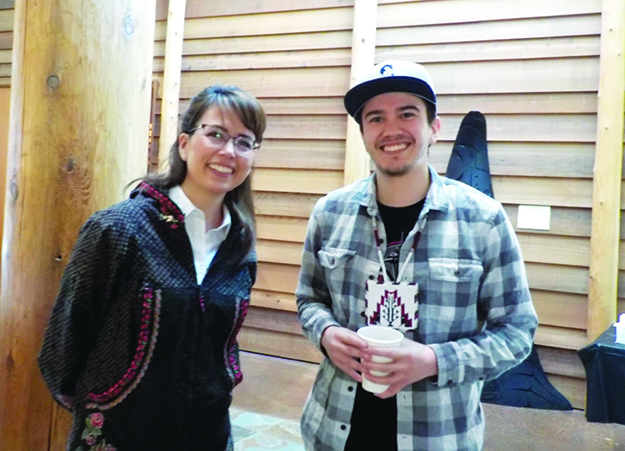 One ancestral teaching is that ‘everyone comes from a great people.’  In a recent symposium hosted at the Hibulb Cultural Center on March 2, entitled Interwoven Oral History Project: The Blended Heritage of Nordics and Native Peoples, guests heard stories, memories, experiences, and shared values from a panel of individuals who are descended from Nordic and Native American ancestry. Panel member Odin Lonning, an award winning Tlingit artist with Norwegian ancestry, said it is another way to remember our ancestry and be proud of the lands we come from.

Moderated by Fred Poyner IV, the collections manager of the Nordic Museum, this was the second symposium in the series. The first was held at the Nordic Heritage Museum in Seattle on September 15, 2018. Tessa Campbell, lead curator for the Hibulb Cultural Center, participated as a panelist for that symposium. The Nordic Museum is the largest museum in the United States to honor the legacy of immigrants from the Nordic countries of Denmark, Finland, Iceland, Norway, and Sweden.

The Interwoven Oral History project began in 2016 when the Nordic Museum expanded an oral history program to record the stories of individuals who share Nordic and Native American ancestry in the Pacific Northwest. It is an active outreach program to multicultural audiences, as well as an archive for recording blended-heritage histories. Several practicing artists were interviewed, including Tulalip carver Steven Madison who also has Swedish ancestry. 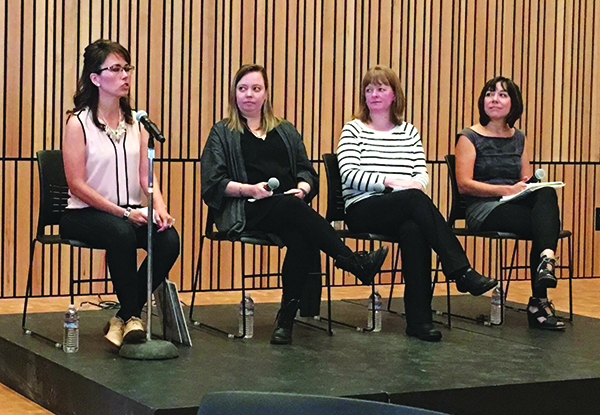 Panelist Gwen Whiting, lead curator of the Washington State Historical Society with White Mountain Apache and Swedish ancestry, said programs like this can help folks find their identity and knowledge about their culture. Fellow panelist Richard Hanks, a retired professor of American Indian History at the University of California Riverside and president of the Floyd Norgaard Cultural Center in Stanwood compared culture to the ripples of a rock dropped in water, the first ripples being your family, and then a wider community, and then a society. As folks grow, they understand their identity through culture, geography, and choice.

The discussion of tribal identity with Nordic identity served as a common thread for all the interviews and panelist review. Fred Poyner said a goal of the project was to build relationships among the communities. Panelist Aaron Jones explained that his traditional introduction let folks know his ancestral ties within the Coast Salish community by giving his grandparents’ names, and giving his Indian names which would help folks recognize he has Snoqualmie and First Nations ancestry, but that much of his Norwegian ancestry stories and memories were lost. Audience members were helpful in giving him information about where to find leads in his Nordic ancestry and culture. He said he felt grateful and honored for the opportunity to learn more about that part of his family in the symposium.

Tessa Campbell, who set up the symposium at the Hibulb Cultural Center, said the Oral History Project is now going national, beginning with oral history interviews in the Midwest. The interviews can be found on the Nordic Museum site.