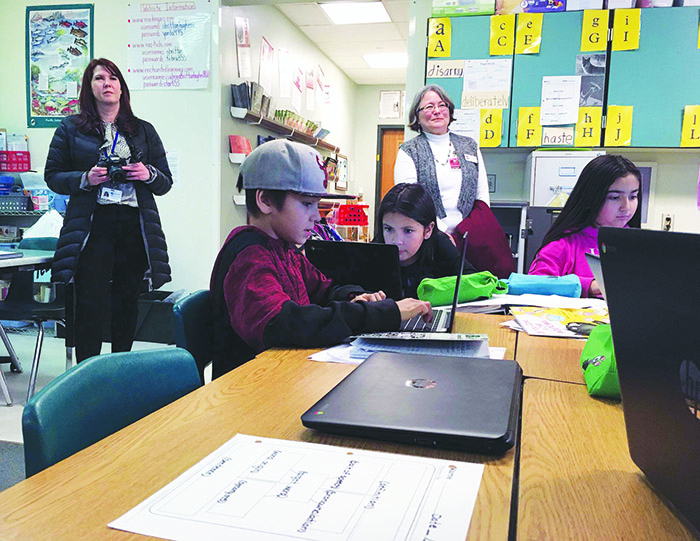 During a recent visit from the Washington State Board of Education, Quil Ceda Tulalip Elementary (QCT) provided an inside look at their ABC curriculum, an acronym for the new approach to the education system within the Tulalip community. ABC stands for the Academic instruction, Behavioral and social-emotional support and Culture based curriculum that the Marysville School District and the Tulalip Tribes have recently began implementing at the elementary.

QCT is one of few schools in Washington State that is integrating traditional Native teachings into school subjects such as music, art, language, math and history. The school often invites tribal members to help teach the children about the Tulalip culture. Each morning the school holds a fifteen-minute assembly where students perform traditional song and dance. QCT holds an annual cultural fair where tribal members are invited to share traditional foods as well as tribal history with the students. The elementary school also observes Tulalip Day every November and holds a fifth-grade potlatch at the end of each year. Most recently the school held a Billy Frank Jr. themed spirit week, honoring the man who dedicated his life to fighting for Native American fishing rights.

“We all had heroes growing up. I remember going to the library and spending all day reading about Lou Gehrig, Babe Ruth and Jim Thorpe. You know growing up as Indian People, we don’t have a lot of Native heroes we can look up to, but Billy Frank Jr. is a true Coast Salish hero. He is someone we all look up to because of the amazing work he did for fisheries. Thank you for honoring him, he definitely deserves to be celebrated,” stated Tulalip Chairman Mel Sheldon.

The ABC curriculum puts emphasis on family and community, connections that are often strong in Native America. QCT makes an effort to communicate regularly with their student’s family members. The school also ensures the students stay up to par with the utilization of modern technology, both for research and to create documents. During a classroom walk-through the State Board of Education observed the curriculum in action during an art class as well as a writing class. 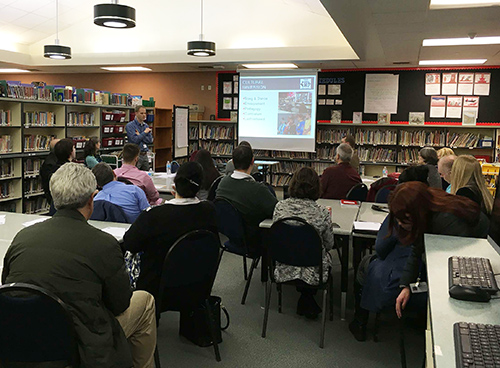 Representatives from the Tulalip Board of Directors, Marysville School District and QCT faculty spoke about cultural assimilation and the affect it left on Native communities. Each explaining to the Board of Educators that assimilation caused trauma that is still affecting the descendants of boarding school victims today, although the events occurred several generations prior. Families were broken and cultures were stripped during the ‘kill the Indian, save the man’ era.

“Our people were [originally] taught in a traditional way at the foot of our grandmothers, not in classrooms but out in nature. When the education system was forcibly put on us, it was done in way that stripped everything away from our children. It was done purposely to take away who we are as Indian People in a very painful way. That was our introduction to education. Since then we’ve had elders try to get this work, our voice and our story, into the public schools to try to heal. I believe we are continuing the work of our ancestors,” states Tulalip tribal member and QCT Instructor, Chelsea Craig.

The tribe, school district and Board of Educators are well aware and prepared for the hard work that will be required, and they started the healing process through the ABC curriculum.