The U.S. Department of Energy (DOE) says it will continue to provide assistance to tribal governments to accelerate renewable energy deployment through its Strategic Technical Assistance Response Team (START) program.

The DOE’s Office of Indian Energy Policy and Programs and experts from the National Renewable Energy Laboratory will provide technical assistance for tribal clean energy development by supporting community- and commercial-scale renewable energy projects across the country. Since its December 2011 launch, the START Program has helped 21 tribal communities advance their renewable energy technology and infrastructure projects – from solar and wind to biofuels and energy efficiency.

START will assist tribal project team and tribal legal/finance specialists with reaching a late-stage development decision point or milestone to further a project toward development. Eligible applicants for this opportunity include Indian tribes, Alaska Native regional corporations and formally organized tribal energy resource development organizations. Applicants designated as White House Climate Action Champions will also benefit from the assistance of the START Program and be given preferential consideration.

Applications are due to the DOE’s Office of Indian Energy Policy and Programs by May 1. Up to five projects will be selected by late June 2015. Technical assistance will be provided from July of this year through August 2016, notes the DOE.

In addition to this opportunity, the DOE launched the third round of the Alaska START Program in December to assist Alaska Native villages and federally recognized Alaska Native governments with accelerating clean energy projects.

Applications are currently being reviewed, and selected projects will be announced in April. 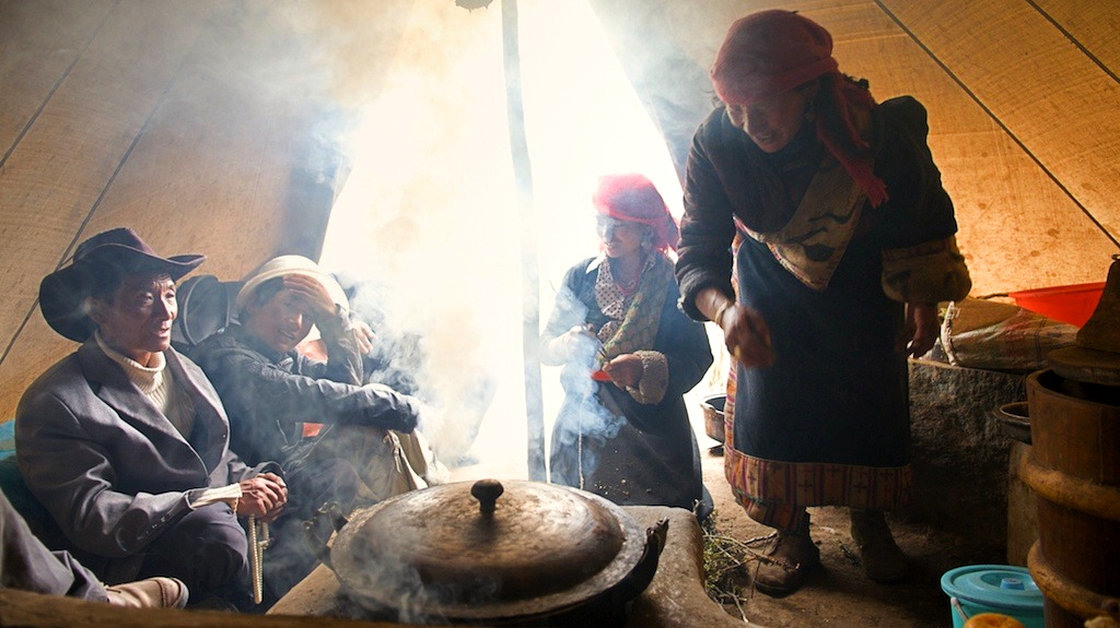 Many people like these Tibetans in Qinghai, China, rely on indoor stoves for heating and cooking. That causes serious health problems.

That means about 1 out of every 8 deaths in the world each year is due to air pollution. And half of those deaths are caused by household stoves, according to the WHO published Tuesday.

“What people have had available to them are primarily wood, dung and crop residues,” says , an environmental health researcher specializing in air pollution at Harvard University who wasn’t involved in the study. “These three fuels are the most polluting fuels on earth per unit of energy extracted.

“They don’t have a lot of energy, so you have to burn a lot of fuel, and that causes a lot of pollution in the process,” Powers told Shots.

People in low- and middle-income countries in Southeast Asia and the Western Pacific are most affected, with 3.3 million deaths caused by indoor air pollution annually.

But it’s not an easy problem to fix, despite new technologies like solar, gas and electric stoves that are more efficient and healthier than the biomass stoves many are using today.

“No matter how much you improve biomass stoves … you can have some health benefits but you can’t meet health targets,” she tells Shots.

The challenges, she says, lie in distributing less-polluting stoves to people in rural areas, and getting people to want them. Many of these people sit around the stove to keep warm or use the stove to heat their beds, so more efficient stoves may not be accepted if it forces them to change those habits.

“Even if they are given the stove for free, they end up not using it,” Powers says.

The bigger issue at hand is to get cleaner fuels to people, she adds, which will address not only the health hazards but also the environmental problems.

But because of population growth and increasing cost, the shift to cleaner and more efficient use of energy hasn’t made much progress. In fact, the shift has slowed and even reversed, to the International Energy Agency.