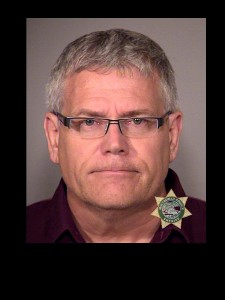 Brian James Brown, 56, the former president of a national nonprofit that addresses the critical issues and disparities facing Native Americans, is accused of conspiring to defraud that organization, National Relief Charities, of $4 million under the guise of using the money to fund scholarships for Native students, according to federal prosecutors. The indictment also accuses him of laundering proceeds.

On the morning of Sunday, October 20 at Portland International Airport, FBI and IRS agents arrested Brown when he stepped off a plane after returning from a month-long trip to Thailand and Japan, reported KPTV in Beaverton, Oregon.

In court on October 21, Brown pleaded not guilty to wire fraud and money laundering. He was released pending trial set for December 17. He has been ordered to surrender his passport, wear a GPS-monitoring ankle strap, and not leave his house from 8 p.m. to 5 a.m.

“…[When] we became aware of a potential problem, we had our attorney conduct an investigation or initiate an investigation,” Helen Oliff, the public relations representative for National Relief Charities told Indian Country Today Media Network. “Based on the findings, we alerted the FBI. They took it from there.

“We also filed a suit in civil court in Texas, which is where we have headquarters. And that court issued a default judgement against Brown, requiring him to repay the funds with interest and legal fees,” Oliff added.

Brown stepped down from president of National Relief Charities in 2005, when he established a nonprofit of his own, Charity One, Inc., operating under the name “American Indian Education Endowment Fund.”

Brown reportedly convinced National Relief Charities to fund his nonprofit’s purported efforts to help cover the costs of higher education for Native Americans with $4 million from 2006 to 2009, reported OregonLive.com.

“Instead,” the government states in a news release, “Brown and unnamed co-conspirators allegedly used the entire $4 million for their personal benefit.”

This isn’t the first time Brown has been charged with misuse of nonprofit funds. In 1993, Pennsylvania’s attorney general accused Brown and the American Indian Relief Council, a subsidiary of National Relief Charities, of “exploiting Native Americans in South Dakota and caring Americans nationwide by collecting millions of dollars on the pretext of feeding starving tribes, while pocketing all but about 4 percent of the proceeds,” reported PhoenixNewTimes.com.

However, Oliff said, “there was no finding of wrong doing.”

National Relief Charities supports the initiatives of over 1,000 organizations located on reservations. In 2012, the nonprofit provided over $30 million in support of basic humanitarian needs to Native Americans in the Plains and Southwest, such as nutrition, education and training, preventative healthcare and emergency relief, states its annual report.