The past 11 months have been long, hard months for a Rosebud Sioux mother named Audre’y Eby. Last August, she picked up her twin 16-year-old sons from her ex-husband’s Iowa residence to bring them to visit her home in western Nebraska, and she discovered that the special-needs boys — one is blind and autistic, and the other has cerebral palsy — had been abused.

Emergency room doctors told her she’d be reported for child endangerment if she returned the boys to Iowa. Then an Iowa court issued a warrant for her arrest if she did not return them.

Caught between the laws of two states, Eby appeared in Iowa’s Plymouth District Court before Judge Steven Andreason this past May, under threats of criminal prosecution for kidnapping in Iowa and being reported for child endangerment in Nebraska. Her ex-husband’s attorneys, she said, demanded that she immediately return the boys.

“They put me on the stand,” Eby said. “They had me go through what happened, and they made me cry in court. I said, ‘I will not bring my kids back. I can’t.’ I had to say that. I’d looked at the judge in the eye and swore to tell the truth, and my sons were watching me fight for them.”

Because she wouldn’t agree to return the children, Eby was sentenced to seven days in jail to clear up the kidnapping charge. To cushion the blow, she and her husband, Faron, made sure the boys had a vacation, complete with pool time, pizza, hanging out and, “from what I hear, lots of chocolate,” she said.

Eby served her time from June 2-9. Meanwhile, according to the Plymouth County District Attorney, no charges have been filed against the boys’ father or his live-in partner over the multiple founded and documented cases of abuse with Iowa Child Protective Services.

There has been some good news, however. The Rosebud Sioux Tribe is now involved with Eby’s case; it ordered its own investigation, and it’s paying for her Iowa attorney.

“My tribe didn’t get involved until the story broke about me and my kids, and then they ordered the investigation,” Eby said. “When I came home from jail, there was a message waiting for me. They’re completely backing me. We’re moving forward with the Indian Child Welfare Act.”

And, perhaps even more importantly, Eby’s twin sons are thriving – as they see a physical therapist at Sand Hills Physical Therapy in Mullen, Nebraska. In fact, the son with cerebral palsy recently walked 203 steps on his own.

“He’s ecstatic,” Eby reported, “and so is his brother. They’re so connected. His brother says, ‘We walked 203 steps.’ They’re so supportive of each other. They cheer each other on, and they cheer on the other clients. The therapy center is normally a quiet place, and with them, the energy level just zooms.”

Meanwhile, the brother who is blind has been a regular on the elliptical machine.

“He owns that,” Eby said proudly. “He’s usually at about 6.8, which is an all-out run. When we first brought them here, our first goal was to get them healthy, and now we’re working on calorie intake. They’re so active now.”

They’ve also been able to reduce their medications. Between them, the twins are now on just three medications.

“You can’t medicate abuse,” Eby reflected. “In this environment, we don’t have the behaviors that were showing up in Iowa, so they don’t need all those medicines anymore.”

Until now, Eby and her husband were paying out-of-pocket for all of the boys’ care, a tough prospect on an hourly feedlot wage, she noted.

“Fortunately, we have a payment plan with urgent care,” she said. “But when medicines are copy,000 apiece, there’s just no way to keep up. This month, though, we’ll finally start getting their Medicaid benefits here in Nebraska.”

Despite the stress of the ongoing legal battles, Eby said she takes great pleasure in spending time with her sons.

“They talk about all their plans for the future, even dating,” she said, chuckling. “Their father wanted to put them in separate homes against their wishes, but there’s an assisted living facility in Kearney that can take them both. We’re so glad to have them here, but they’re in their late teens, and eventually they want to have their own apartment.

“People love my boys, because they’re so funny, and so happy,” she continued. “They take a lot of energy, but it’s worth every minute. I also try to remember that all of this is bigger than me. For some reason, God chose me for this fight. So I’m blessed.”

McDonald said the Spirit Lake Indian Reservation is trying to change its culture and improve the way it handles justice and child care issues. But he said tribal officials have struggled to fill key social worker positions and have found limited help from the federal government.

Cramer, a North Dakota Republican, said he pushed for the hearing because he is trying to gauge whether Congress needs to take action in order to improve conditions at the reservation. He said he was disturbed by repeated cases of child abuse and two cases involving child deaths on the reservation.

“The system is failing,” he said.

Spirit Lake has had numerous documented cases of child abuse, and last year federal prosecutors successfully tried two cases involving child deaths on the reservation. The tribe has ousted a former chairman and taken other steps to fix what officials have called a broken child protection system, since it initially came under fire in 2012.

Last year, the federal Bureau of Indian Affairs intervened, taking over some operations to try and improve conditions. The agency assigned seven agents to the reservation.

Tribal members agreed about a year ago to remove Chairman Roger Yankton Sr. in a recall vote, saying his administration was corrupt and ineffective and had allowed a culture of child abuse and child sexual abuse to worsen on the reservation. Yankton has denied the allegations.

Members of Congress seemed skeptical Tuesday that enough was being done to correct dire problems on the reservation. Earlier in the hearing, Cramer and other members of the House Natural Resources subcommittee on Indian and Alaska Native Affairs pressed federal officials about why more wasn’t being done.

Rep. Don Young was dismissive when addressing remarks from Michael S. Black, director of the Bureau of Indian Affairs. Young said he was annoyed the bureau had not accomplished more during its stewardship of Spirit Lake.

“This is good words,” the Alaska Republican said. “It doesn’t necessarily accomplish something.”

Black and another federal official, Joo Yeum Chang, an associate commissioner with the Administration for Children and Families, defended the federal response and said they were doing the best they could with limited resources.

Black said conditions had improved but that his agency simply didn’t have enough resources to deal with all of Spirit Lake’s issues.

“We’re reaching a point where we’re talking to other tribes to try and recruit some of them,” he said. “To have them come up and address issues they can help us resolve.”

He added, “I think we as a community have been making progress.” 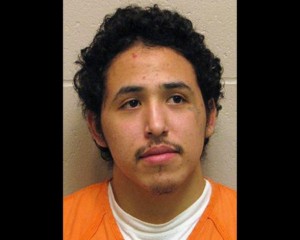