FARGO — U.S. Sen. Heidi Heitkamp has introduced legislation meant to crack down on sex trafficking, which experts fear is on the rise in her home state of North Dakota because of the large influx of men coming to work in the state’s western oil patch. 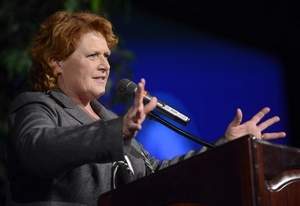 Heitkamp, a Democrat, introduced the bill this week on the same day that federal prosecutors in North Dakota unsealed charges against 11 Dickinson-area men who were arrested in a child prostitution sting. The men thought they were buying sex with teenage girls, prosecutors allege.

“Just looking at the recent arrests would tell you that North Dakota could be ground zero for this type of behavior,” Heitkamp told The Associated Press on Friday.

It’s a trend that has alarmed federal prosecutors in North and South Dakota. A man on the Fort Berthold Indian Reservation in North Dakota recently was sentenced to 45 years in prison for coercing women into prostitution in oilfield communities. Two men in South Dakota have received life sentences for human trafficking cases in Sioux Falls.

“With the increase in population, there’s the risk of organized crime,” said Timothy Purdon, the U.S. attorney from North Dakota. “We’re certainly very aware of the threat potentially posed by human trafficking in the oil patch.”

Heitkamp said the bill, which focuses on all forms of human trafficking, would encourage law enforcement officers and the courts to treat minors who are sold for sex as victims, not as criminals. She said it includes a safe harbor provision to encourage them to come forward.

Heitkamp said estimates show that more than 100,000 minors in the U.S. are forced into sex trafficking every year. Children are 13 years old, on average, when they are forced to become prostitutes, she said.

“You have a vulnerable population in young girls on the reservation,” Purdon said. “My concern is that they could be exploited if organized human trafficking operations gain an inroad here.”

Purdon said the 11 arrests in Dickinson and three arrests in a Williston sting about a month ago “stand for the idea that there is the demand out there as well.” Trying to stop the supply is more difficult, he said.

Going after the johns could help deter other future buyers, Heitkamp said.

“Nobody wants to see their name in the paper relative to sex trafficking,” she said. 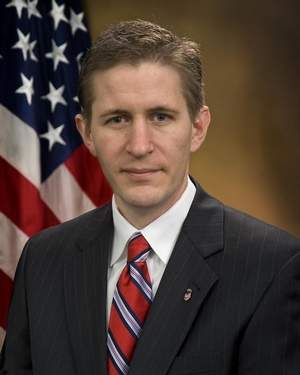 Brendan Johnson, the U.S. attorney for South Dakota, recently argued and won a case in front of the 8th U.S. Circuit of Appeals that reinstated convictions against two men who previously were acquitted of commercial sex trafficking. The men had been arrested in a sting operation known as “Operation Crossing Guard.”

South Dakota has a couple of unique sex trafficking stages with the annual Sturgis Motorcycle Rally and a pheasant hunting season that attracts hundreds of outdoors enthusiasts from around the country.

“Anytime you have large groups of men gathering, you’re going to have the potential for sex trafficking problems,” Johnson said. “That’s just the reality.” 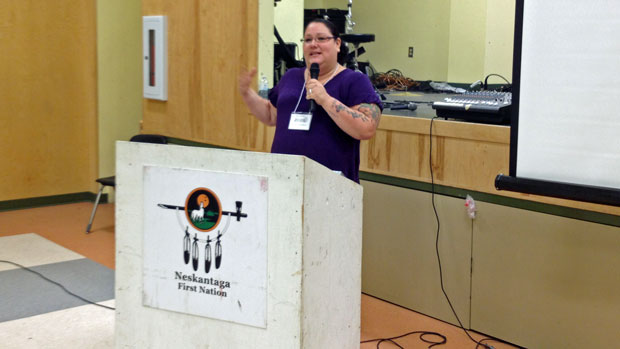 An Anishinabe woman who worked as a child prostitute in Thunder Bay, Ont., is speaking out after reports from an American researcher saying indigenous women are being sold on ships in Lake Superior.

The researcher, Christine Stark, said her ‘exploratory’ research includes interviews with First Nations women who say they were trafficked on ships between Thunder Bay and Duluth, Minnesota.

Bridget Perrier recalls working as a prostitute on ships in Lake Superior. She said police need to do more to keep indigenous women safe.

“I’m sure if these ships were bringing in big amounts of drugs [the police] would be on it,” the 37-year-old said. “But what about the girls that disappear?”

“First Nations girls are targeted and that’s my biggest concern is that there are bull’s eyes put on them and no one is doing anything,” she added.

More than a decade ago, she worked as a prostitute on about 20 different ships at Thunder Bay’s port, the first time at the age of 12, she said.

Sailors often had limited time when they were allowed off their vessels, so they’d come to the bars and pick up groups of girls to take back to their quarters, Perrier said.

“I remember going on the ship and I had a bad feeling,” she said. “And I remember the one guy taking me and showing me they had jail cells in the boat and I thought, ‘Oh God, this is it. Who is going to look for me?'”

“And then he made the comment about Lake Superior being so deep and cold that they would never find one of them,” she added. “And at that point I knew we were in trouble.”

The ship left the Thunder Bay port and ended up in Minnesota. She was able to make her way back home, but she said many others never did.

“I never disclosed that I was First Nations when I did sex work,” she said. “Because First Nations girls get paid less, and I didn’t want to get hurt.”

She dyed her hair blonde and her fair skin allowed her to pass.

Now, working as a counsellor and advocate, Perrier said sex trade workers in Thunder Bay have told her the so-called ‘ship parties’ are still going on.

But police on both sides of the border deny that. Thunder Bay police say they are unaware of any prostitution at the ports in that city. The Duluth Police Department is skeptical that it’s possible to smuggle women off ships in America.

“Ever since 9/11, our ports have been tighter and tighter,” said Duluth police Sgt. Jeremiah Graves. “I can look over the hill and see the ships out in the bay, they’re not parked at the docks like they used to be.”

The chair of indigenous governance at Ryerson University in Toronto says it’s time officials find out for sure. Pam Palmater said a full inquiry into the trafficking of indigenous women in North America is urgently needed.

The Native Women’s Association has documented the cases of 600 missing or murdered indigenous women in Canada in the past 30 years. Some of them may have disappeared on a ship into the United States. But no one knows for sure because no formal investigations have been done, Palmater said.

“The fact that you have murdered and missing women in this country and a real lack of response from the police, what kind of indirect message does that send to Canadians?” she asked.”That they’re [indigenous women] not worthy, they’re not worthy of protection.”

The federal government said it is addressing concerns about the trafficking of First Nations women. Public Safety Canada is launching an awareness campaign in partnership with the National Association of Friendship Centers later this fall.

Palmater said that’s not enough, but it’s up to non-aboriginal Canadians to create change.

“Politicians and government expect First Nations to be concerned about this and to advocate on their own behalf,” she said. “But when non-First Nations people say this is a massive injustice and we wouldn’t want this happening to our kids, politicians are more likely to listen.”