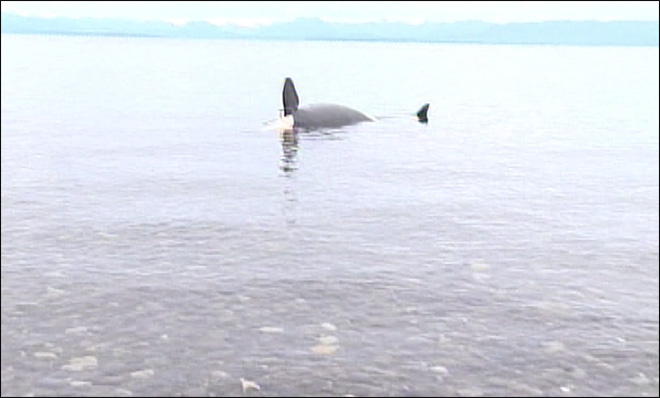 SEATTLE (AP) – The death of an endangered Puget Sound orca found on Vancouver Island in Canada might have been related to pregnancy issues, a research group said Friday.

The 18-year-old female that washed ashore Thursday was a member of the J-pod, one of three families of southern resident killer whales that spend time in the inland waters of Washington state and Canada.

“There were 78. There are now 77. We’re going down, and it’s tragic,” said Ken Balcomb, a senior scientist with the Center for Whale Research, which keeps a census of the animals.

Balcomb planned to travel to British Columbia to assist Canadian authorities in a necropsy Saturday to determine the cause of death.

From photo observations, he said, the whale’s “belly looks low and extended, and it could be that the fetus died in utero.”

Stephen Raverty, a veterinary pathologist with Canada’s Ministry of Agriculture and Lands, will lead the necropsy. He said he has seen two photos of the stranded orca and also believes it was pregnant.

“Based on historical information and clinical observations, the whale’s death may have arisen from pregnancy or complications of birth,” he said.

Balcomb said the death was another blow to the population that was listed as endangered in 2005.

The population numbered more than 140 animals decades ago but declined to a low of 71 in the 1970s when dozens of the mammals were captured to be displayed at marine parks and aquariums.

Despite a decade of research, protection and recovery efforts, the animals continue to struggle primarily due to lack of food, pollution and disturbances from marine vessels.

Scientists will exam the organs and take tissue samples of the whale found dead on Vancouver Island. Along with determining its cause of death, they’re interested in tracking diseases and other issues to understand health implications for the entire population.

The striking black and white whales have come to symbolize the Pacific Northwest.

Individual whales are identified by slight variations in the shape of their dorsal fins and distinctive whitish-gray patch of pigment behind the fins, called a saddle patch.

The whale found Thursday was last seen in Puget Sound in late November and last photographed with her family on Nov. 26 east of Victoria, according to Orca Network.

“We cannot express how tragic this loss is for this struggling, precariously small, family of resident orcas of the Salish Sea,” the group said in a statement. 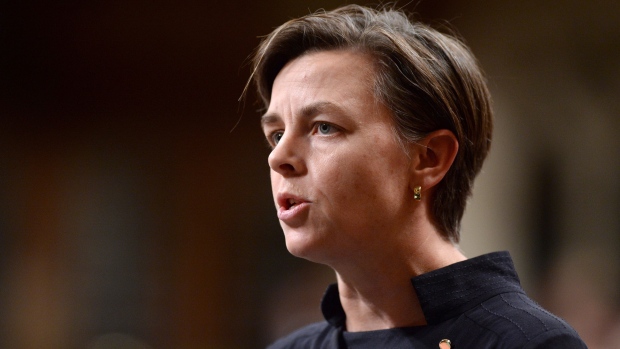