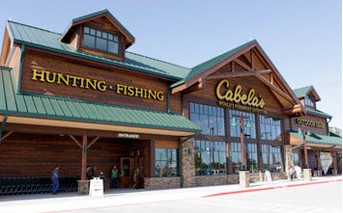 TULALIP – Cabela’s Hometown Celebration, which honors all active military service men and women, reservists, veterans, law enforcement, firefighters and Emergency Medical Services personnel, begins today until  May 18. As a show of appreciation Cabela’s is extending their employee discount to these hometown heroes. Must present badge, valid government ID or other proof of eligibility to receive the discount on wide variety of merchandise through out the store.

Cabela’s will also be hosting their Armed Forces Appreciation Weekend this Saturday-Sunday, that includes a barbecue lunch by Famous Dave’s and a variety of interactive activities with local veterans, armed forces, and recruiters. A flag raising ceremony will be held at 10:00 a.m. Boy Scouts of America will raise the flags in honor of the armed forces and hometown heroes. Worn and tired American flags can be given to the Boys Scouts of America, who will properly burn the flags through a flag retirement ceremony between 10:30 a.m. and 4:00 p.m. in front of the store near the flagpoles.

Cabela’s Tulalip is located within the Quil Ceda Village on the Tulalip Indian Reservation at 9810 Quil Ceda Blvd., Tulalip, WA 98271. Please visit their website at www.cabelas.com. 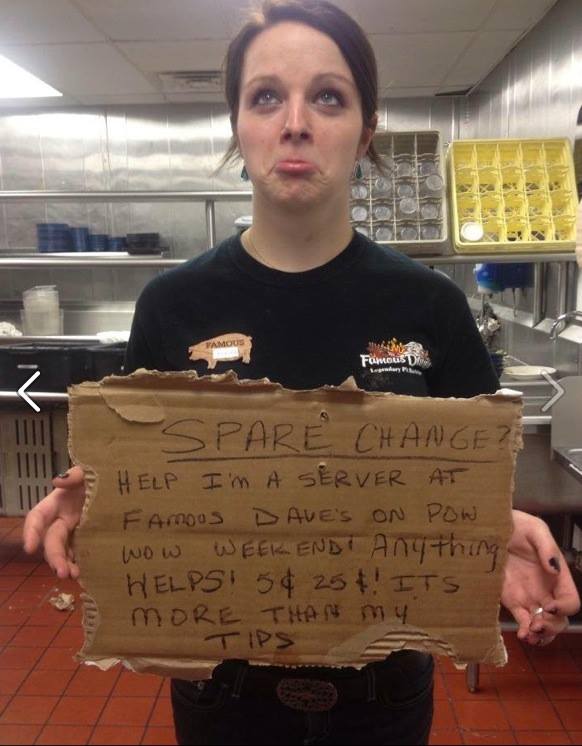 A server at Famous Dave’s in Bismarck, North Dakota, is out of a job after posting a photo on Facebook that implied Native Americans are bad tippers.

Over the weekend, Bismarck was the site of the 44th Annual United Tribes International Powwow. On Facebook, an unidentified server posted a photo of herself holding a sign that reads:

Spare change? Help I’m a server at Famous Dave’s on Pow Wow weekend! Anything helps! 5¢ 25¢! Its more than my tips

Last Real Indians publicized the unpleasant image by posting it to the site’s official Facebook page. That post (which appears to have been deleted) suggested Natives boycott the restaurant and sparked hundreds of comments from angered American Indians.

Famous Dave’s founder Dave Anderson is Choctaw and Ojibwe, and is a former Assitant Secretary for Indian Affairs in the Department of the Interior.

Both Anderson and the Bismarck restaurant’s manager, Mike Wright, posted comments about the incident on Facebook.Wright’s comment reads, in part, “When an employee decides to make an ass of him or herself they can now do it for all to see. Sadly, for reasons unkown to me, often times bitter employees also try to embarass the employers and taint the businesses where they work. Clearly a recent post by a now former employee fits this description.”