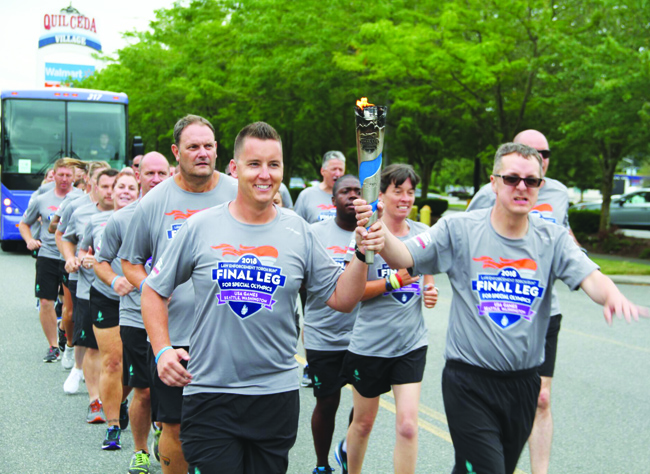 The Flame of Hope was once again proudly carried through Quil Ceda Village on the evening of June 28, for the ‘Final Leg’of the Law Enforcement Torch Run for the 2018 Special Olympics USA Games. The flame is carried by law officials and Special Olympic athletes through local communities nationally to raise awareness and funds for the Special Olympics every summer.

At the end of May, the Tulalip Police Department participated in the Torch Run. Two local officers carried the Flame of Hope for over twelve miles through the Stanwood, Marysville and Tulalip communities in anticipation of the 2018 Special Olympics State Spring Games at Pacific Lutheran University. 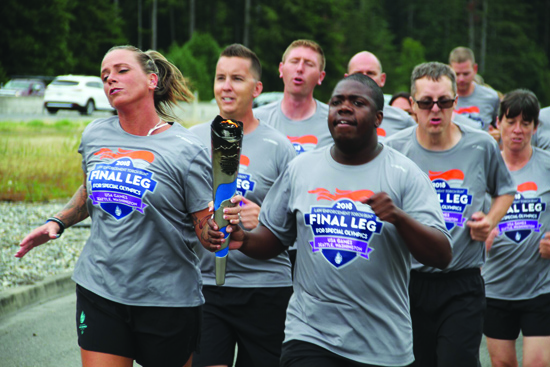 The Final Leg is the last torch run of the year and takes place prior to the Special Olympics USA Games. Washington State hosted the main event this year at the UW Husky Stadium, making Tulalip one of the last stops.  The group of nearly thirty law enforcement officials and Special Olympians who carried the Flame of Hope throughout Quil Ceda Village, also ran through many other communities in Washington, some as far away as Spokane.

The runners began their one-mile journey at the Bank of America and were cheered on by local commuters all the way to the Tulalip Amphitheater, where an intimate ceremony occurred comprised of Washington State Patrol officers, the Marysville Police Department, Tulalip Bay Fire Department and Tulalip Police Department. Interim Chief Pruitt was on MC duty for the ceremony, welcoming the group of runners once they arrived at the amphitheater. 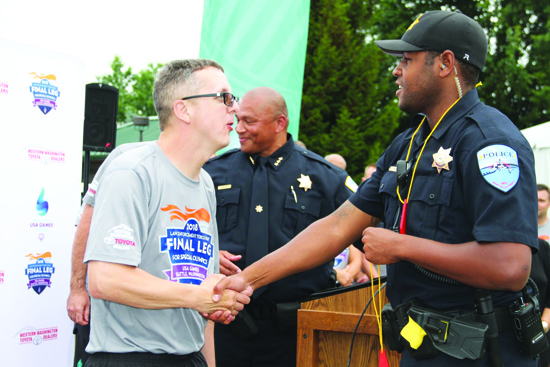 “The Special Olympics was founded in 1968 and it strives to create a better world by fostering the acceptance and inclusion of all people,”the Chief explained after a remarkable performance of the National Anthem by the Everett Chorale. “It reflects how the power of sports instills confidence, improves health and inspires the sense of competition. The Special Olympics transforms lives through the joy of sports every day, everywhere.  It is the world’s largest sports organization for people with intellectual disabilities, with more than 4.9 million athletes in over one hundred and seventy-two countries. The Law Enforcement Torch Run is the largest grassroots fundraising and awareness campaign for the Special Olympics across the globe. More than 97,000 law enforcement personnel participate in volunteering and fundraising internationally. This year Team Washington has two hundred and fifty athletes that were selected to compete in the 2018 Special Olympics USA Games.” 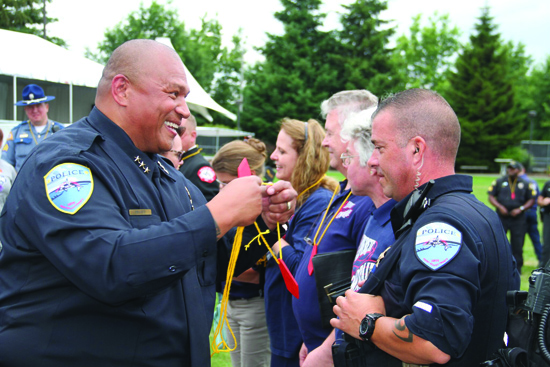 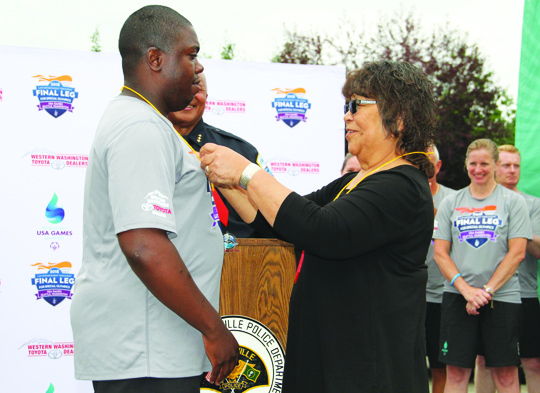 Tulalip Chairwoman, Marie Zackuse, was also in attendance. She admired all of the athlete’s spirits, noting the games hold a special place in her heart, as she has a nephew who loved to participate in the Special Olympics.

“It’s my honor to welcome the delegation that came running in,”said Marie. “I’m so very proud of each and every one of you. We are very appreciative and want to honor all those community members and athletes. We are truly honored to host this stop and we wish that each and every athlete not only wins but has fun. My hands go up to the law enforcement here, the ones that came in on the run and all those who brought this together.”

The 2018 Special Olympics USA Games are happening July 1-6 at the UW Husky Stadium and features over 4,000 athletes. For more information, please visit www.SpecialOlympics.org