The Confederated Salish and Kootenai Tribes in Montana stand to become the first tribes in the country to own a major hydroelectric dam. In Colorado, tribes are managing parts of hydro projects. All are examples of tribes regaining control of resources on their land. Aspen Public Radio’s Marci Krivonen reports. 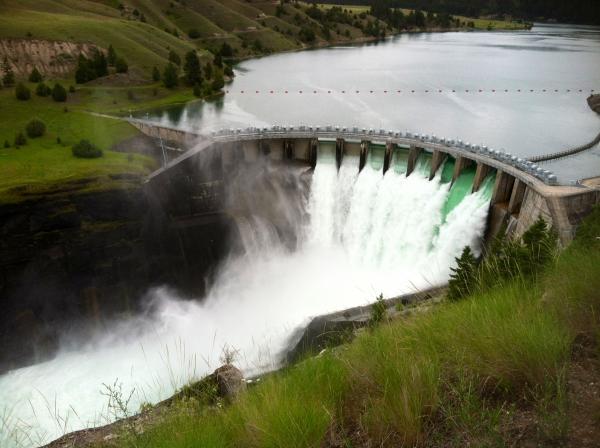 Credit Marci Krivonen
The Kerr Dam in Northwest Montana was built in the 1930’s on the Flathead Indian Reservation. It’s been owned by non-tribal companies since it was built.

In Colorado’s southwest, the Ute Mountain Ute tribe co-manages part of the Dolores Water Project. And, near Durango, the Animas/La Plata project is partially managed by the state’s two tribes. Ernest House directs the Colorado Commission of Indian Affairs.

“Not only do these water projects strengthen tribal sovereignty, but they also solidify a treaty obligation to the Utes here in Colorado. I think that by the tribe’s involvement in a lot of these projects, it provides a very important tool for future economic development, especially, specifically, water,” he says.

While the project is different, the goals are similar in Montana. When the tribes take over the dam there, they say, their sovereignty will be strengthened.

Jordan Thompson of Energy Keepers Inc. stands high above the Kerr Dam outside of Polson, Montana. The tribes in this area are preparing to take over the hydro project in 2015.

The massive Kerr Dam in Montana is near snowcapped mountains, close to ancient buffalo hunting grounds. Emerald green water violently sloshes over the lip of the dam and into the Flathead River. To say the area’s beautiful, is an understatement.

A 19th century treaty created the Flathead Indian Reservation, and later, white settlement brought agriculture. The massive dam was built on tribal land by a local power company in the 1930’s to quench the thirst of newly planted farms.

“This is a place of great spiritual significance for the tribes, and so when the dam was being built, they really resisted, they were trying to not have that dam built,” says Jordan Thompson.

Thompson’s with the tribally-run company that’s preparing to take over ownership of the dam. Despite tribal protests in the 30’s the dam was built and has been producing electricity ever since..

“There were just a bunch of people who built it, over 1200 people at one point. Ten tribal members were killed during the construction of it. It was built because the tribes were just powerless to do anything to stop it,” Thompson says.

Over the years, the dam supplied millions of dollars worth of power. The tribes received a small portion, as rent. Fish habitats were damaged, as the dam continued to generate electricity.

Now, the dam is about to change hands. A treaty signed in 1985 transfers ownership of the dam to the Salish and Kootenai.

“This is significant because it’s an assertion of the tribes sovereignty over the resources they’ve used for their entire existence,” says Sarah Bates with the University of Montana.

She studies water, natural resources and tribal lands. She says what the Salish and Kootenai are doing is a model for other tribes in the U.S.

“It’s happening around the country, this is something that tribes have the capacity to step up and play not just a stakeholder role, but actually an owner and management role. When they aren’t just participants in a process, but actually gain authority over those facilities, that’s a major step forward in asserting and realizing their sovereignty.”

Tribes in Oregon and New York state are now attempting to gain control of hydroelectric projects.

The 1000 foot boardwalk takes you to an overlook of the Kerr Dam, which stretches 540 feet across and 200 feet high.

The Kerr Dam is run by the company PPL Montana and the tribes are still negotiating the purchase price. PPL Montana values the dam at about $51 million, while the tribes say the number is closer to $16 million. Once the issue is resolved, tribal members plan to take over the dam in September of 2015.

This story is the result of an environmental fellowship put on by the Institutes for Journalism and Natural Resources. 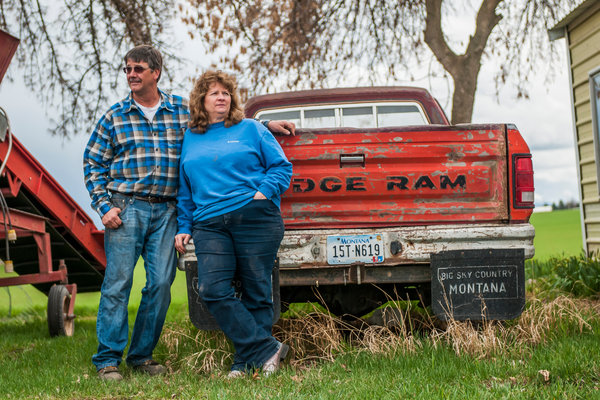 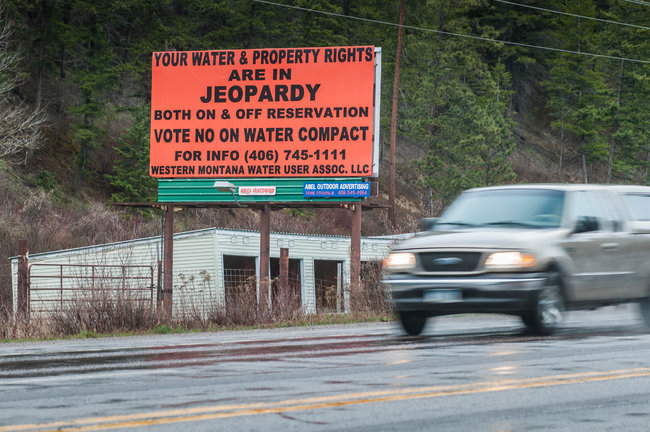