Many commentators are saying that the courts are tightening up and that the native legal winning streak will be harder to maintain for future legal challenges.

Recently, I cautioned that natives need to be more judicious in some of the cases that they are advancing and have warned them of over-reaching (recently they incurred three losses in a row – in my view – all in legal actions that may not have furthered their social justice causes).

So what makes one think that natives might hit the 200 mark? A hint comes from a case decided this week on Vancouver Island having to do with the Douglas Treaties. Again the native-side did not prevail because they failed to reciprocate by discharging their duty-to-consult obligations (being as it is a two-way street) and they were properly called-out by the court for their consultation intransigence.

Likewise the British Columbia government was called-out for its narrow legal-mindedness. The following paragraph from the judgment appears at the halfway point – and took me (a close reader of rulings) completely by surprise:

d) Did the Provincial Crown have a Duty to Consult in respect of the Kwakiutl First Nation Traditional Territory beyond the KFN Treaty Lands?

[123]     The Provincial Crown concedes that it had a duty to consult with respect to the treaty rights but denies this duty extended to the whole KFN Traditional Territory. (excerpt Chartrand v The District Manager 2013 BCSC 1068) (author’s underlining)

The fact that this assertion appears in a Supreme Court ruling in mid-2013 tells us something about the narrow legal mindset emanating from BC government lawyers.

Needless to say the court made short work of it:

No wonder the judge told BC to bear its own court costs, along with making other recommendations in the pursuit of furthering real reconciliation down the road:

[208]     Although this declaration does not provide the relief the Kwakiutl First Nation advocated for in terms of their quest for a resolution of their Aboriginal land claims, neither does it ignore the problem.  I encourage and challenge both the Federal Crown and the Provincial Crown to engage the KFN regarding the KFN’s asserted and treaty rights, titles and interests with a view to the negotiation of a treaty without any further litigation, expense or delay. (ibid) (author’s underlining)

While the province did adequately consult the KFN in this instance – even with this outcome – the native side did not leave court empty-handed. More over, if the same type of provincial government narrow legal-mindedness permeates the other native legal challenges presently before the courts, then hitting 200 native legal wins in the Canadian resources sector will soon be a litigation track-record certainty. And it’s no wonder then that pipelines, dams, transmission lines, woodlots, mines, run-of-river hydro projects are all heading into the legal blender in BC. 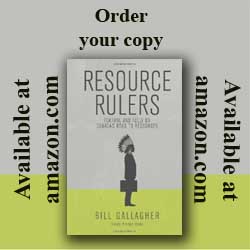