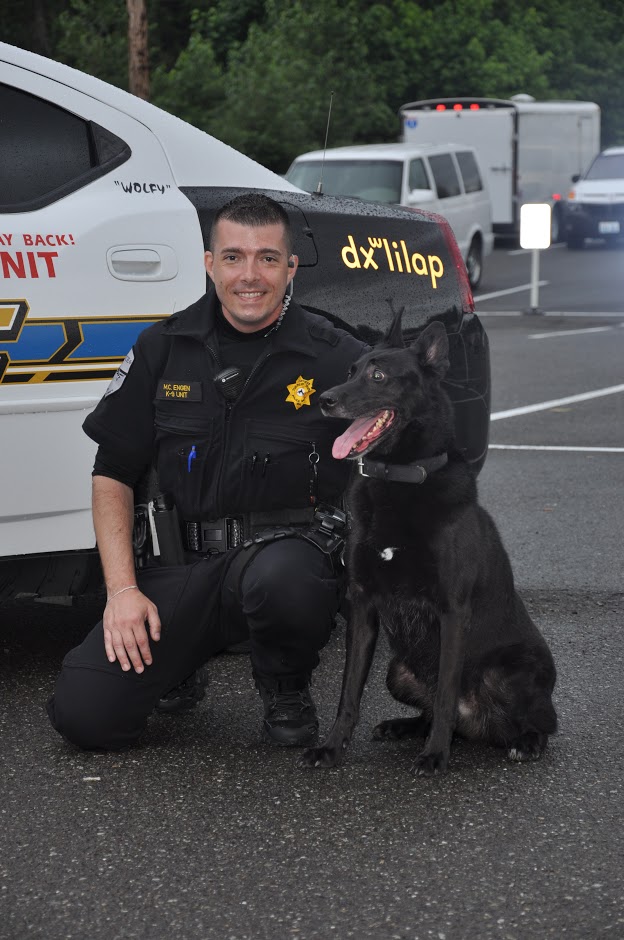 Ready to spring into action at a moment’s notice, Senior Officer M. Engen and canine partner Wolfy, a 10-year-old midnight black Malinois/ Belgian Shepherd and German Shepherd mix, helped to protect the Tulalip community from drug smuggling and fleeing suspects for eight years.Throughout their partnership they cultivated a reputation as having 100 percent accuracy in drug detection in the Pacific Northwest and parts of North Canada. This reputation led to requests to assist in cases with FBI, DEA and ATF agencies, along with other local law enforcement jurisdictions. On January 2, officer Wolfy lost her battle with cancer and ended her watch, leaving behind a partner and a community that is fighting an addiction epidemic.

As one of Tulalip Police Department’s most valuable assets,  Wolfy helped to remove 28 grams of crack cocaine from Tulalip streets, along with 419 grams of cocaine, 500 grams of heroin, 758 grams of Methamphetamine and 1, 976 grams of marijuana.Wolfy also aided in the seizure of $30,000 in cash and over 40 vehicles, including a motorhome and several guns. The total street value of narcotics seized throughout her tenure is $151,000. She completed 344 searches and 811 finds.

“Everyday was such a privilege to serve alongside her. Everyday she was ready to work, no matter the situation or what the weather was like, she never called in sick,” said Officer Engen. 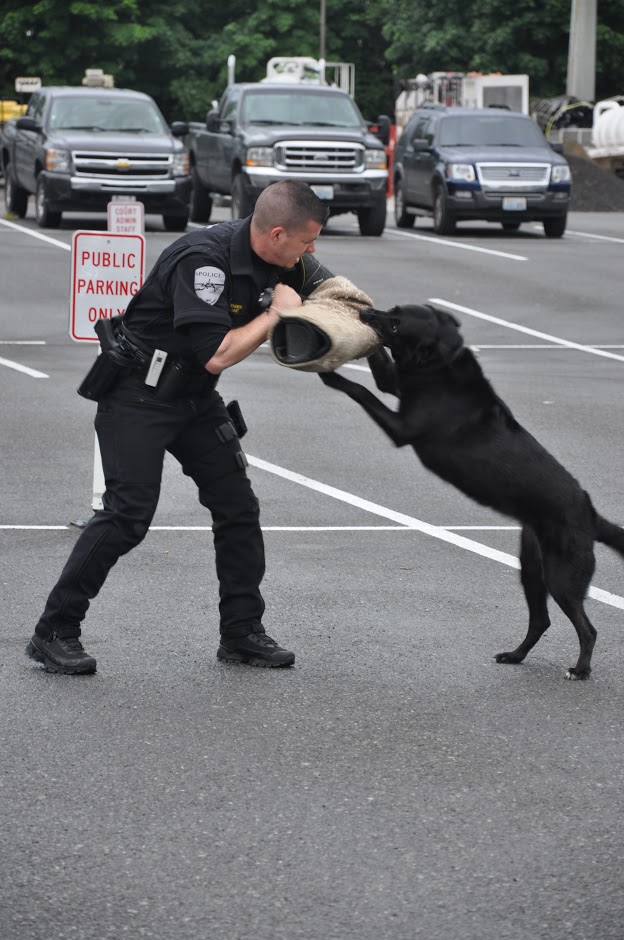 As a canine officer, Wolfy was trained to detect hidden drugs and drug residue on persons, vehicles and other items. This meant that she developed probable cause enabling Tulalip Police Department to search a person or vehicle suspected of possessing illegal drugs or drug paraphernalia, or probable cause to request a search warrant.

“She is such a trademark for Tulalip and she was such an outstanding asset because she could do things that humans couldn’t, she developed probable cause. At one point the drug dealers were scared to come out on the reservation. I think not having drug dogs out in Tulalip can have a negative impact,” said Engen.

“A K9 unit is a much needed tool. She does not indicate on false cars, if there is no drugs in them, she’d tell me, there is no dope in there,” said Engen, about Wolfy’s skill at detecting illegal drugs. “Wolfy was amazing. She never lost a court case. The times we did have to go to court we didn’t lose. She was that accurate and good at what she did.”

“There is not going to be another partner like Wolfy,” said Engen, who is currently waiting for approval from Tulalip Tribes on another dog. “She was my eyes, my ears and my nose. It doesn’t only affect me it affects the community. At the drug check points the word was getting out that she was there, so people were throwing stuff into the drains and ditches to get rid of it. When the drains clogged they found all this paraphernalia and drugs. She sent a message, and losing her makes things difficult.”