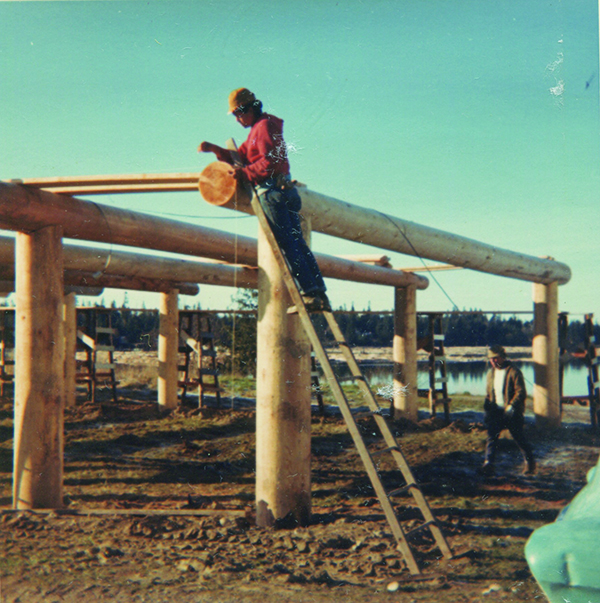 On April 21, 2018, the Tulalip Longhouse Committee held a gathering to honor the ones involved in the reconstruction of the Tulalip Longhouse fifty years ago. The longhouse is said to carry the oldest teachings in our land and is a symbol for the many traditions of Coast Salish people. The joyful spirit of the celebration reminded those in attendance of the values of the builders and the kindness and dedication that guided their work.

Construction of the longhouse began on November 22, 1967, and finished on January 17, 1968, in time for the Treaty Day Commemoration.  An article in the Everett Herald in 1968 noted that the list of names of the builders were “men whose roots go deep, far back for generations of leadership among the Snohomish.” 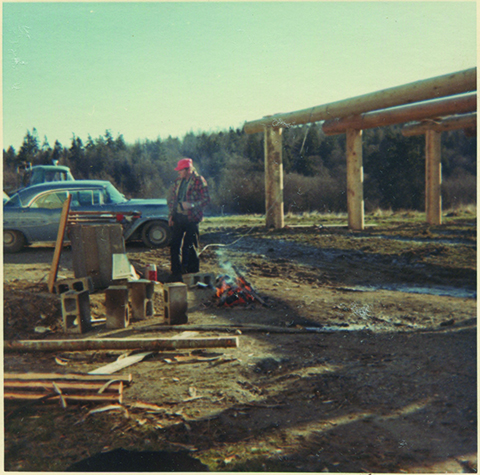 The builders were Herman Williams, Sr., Arley Williams, Clyde Williams, Sr., Francis Sheldon, Ralph Jones, Sr., Tom Reeves, Myron Fryberg, Sr., and Leroy Fryberg, Sr. Lawrence Williams was the foreman. Ralph Jones, Bernie Gobin, and Ron Kona from the Board of Directors made the motions to build the longhouse, set funds aside, and secure the location; and Wayne Williams coordinated the construction work. Morris Dan, a Swinomish member and notable longhouse speaker during this period, was the consultant for the longhouse construction. Morris Dan is also remembered as a foremost collaborator in revitalizing the salmon ceremony at Tulalip. 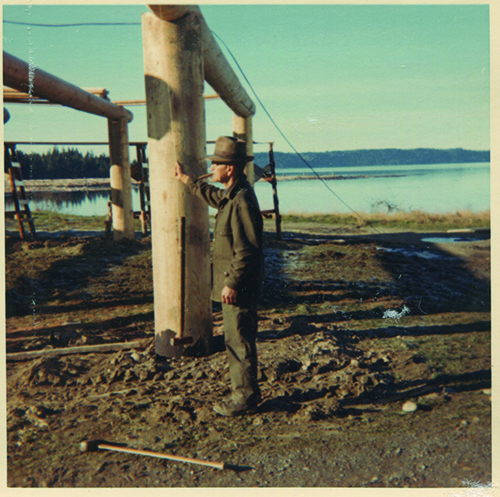 Brothers Herman, Arley, and Clyde Williams, living members of the construction team, were recognized with a blanket and a message of appreciation for their legacy and their part in the great heritage the builders brought to Tulalip. Clyde Williams, Jr., accepted the gifts on their behalf, saying one of his childhood memories is his father working on the longhouse building and going to help them. Through the years, many have continued to take care of the longhouse.

Myron Fryberg, Jr., a witness to the Honoring Ceremony, thanked the Longhouse Committee and the Tulalip Tribes on behalf of the Williams, Hatch, and Fryberg families for remembering the builders and paying tribute to their work. It was an honor to be there to honor his father. He thanked all the families of the builders who attended on a beautiful sunshiny day, as well as the ones who performed the ceremony honoring the builders. 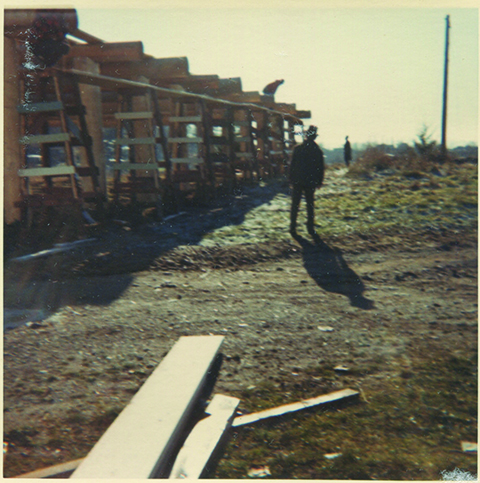 Susan Moses, also a witness, shared the story she heard from her father Kenny Moses about a tribe who had fallen on hard times and didn’t know what to do to take care of their people. One of their elders told them to build a longhouse. They listened, even though it must have been very difficult for them. All the village families were suffering in poverty, but little by little they worked on the building, and soon, more things were coming to their community.

When they finished, they invited their neighboring communities. People came in song and dance and prayer, and their families were provided for. It was told to Susan that this village became one of the wealthiest, and it was most likely because they built the home with good hearts and as prayers came, their situation improved. She said she believes that is how it was with the builders of the Tulalip longhouse. Their good hearts were a blessing to the Tulalip community. 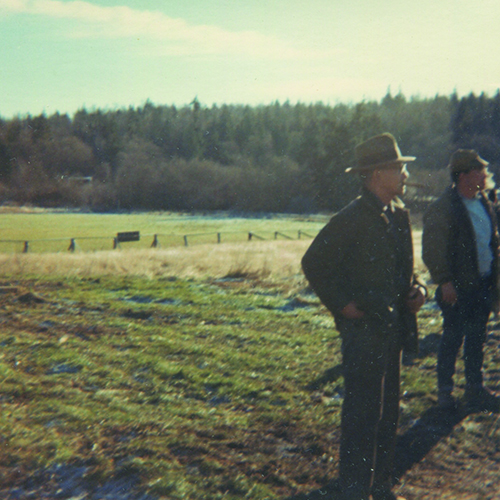 Marilyn Sheldon reiterated that sentiment. She remembers her father Francis “Francy” Sheldon as a devoted and tireless worker for Tulalip, doing whatever he could in honor of Tulalip and the Tulalip people. He and her mother ensured their children valued the longhouse and the songs, prayers, and medicines of their ancestors. She believed all of the builders had that loving sentiment and care for the Tulalip community. 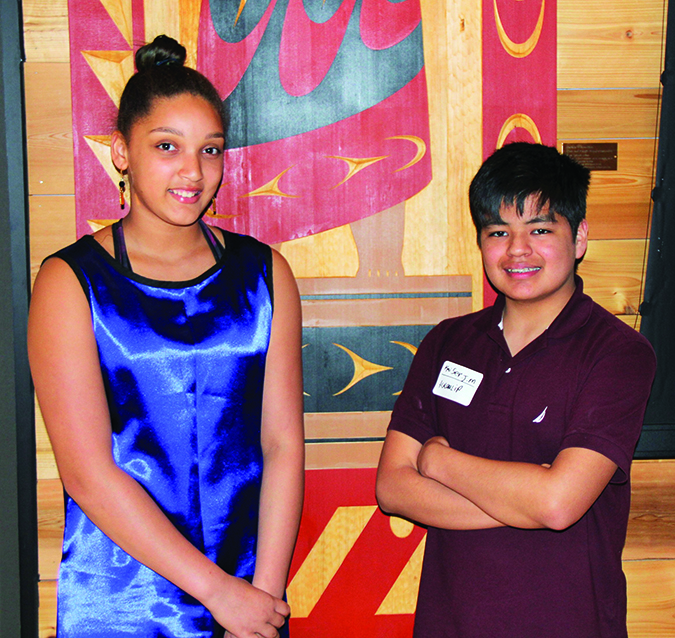 Over the weekend of May 5, the University of Washington’s longhouse, dubbed Intellectual House, held its 5th annual ‘Living Breath’ Symposium. This year was highlighted by Native youth grades 7th-12th who were willing to give a presentation or conduct an interactive workshop that aligned with Indigenous knowledge and tribal sovereignly.

After sifting through many deserving applicants, the Intellectual House advisory committee accepted a one-of-a-kind presentation from Tulalip youth who offered to share their experiences and knowledge gained as participants in Tulalip’s Mountain Camp program. Tribal members Jacynta Myles-Gilford, 7th grader, and Kaiser Moses, 8th grader, bravely conducted a 40-minute presentation, with little assistance, in front of a jam-packed Intellectual House audience on Friday, May 5.

Jacynta and Kaiser’s presentation was titled ‘Swedaxali: Huckleberry Fields Forever’. The young, prideful tribal members worked as a team and took turns on the mic describing their many experiences from their two summers participating in Mountain Camp. They shared critical details like how the camp is located in our ancestral mountain areas, which are now part of the Mt. Baker-Snoqualmie National Forest. Tulalip Tribes has reserved treaty rights to continue to hunt, fish and gather on these ancestral lands in the mountains, like Swedaxali (Lushootseed for “place of mountain huckleberries”). With a base camp at about 5,000 feet elevation, the area is very remote and beautifully untouched by the deconstruction that comes with urban areas.

They spoke of the many different kinds of plants that our ancestors used for medicinal purposes and as nourishment for their ever mobile bodies. Jacynta reminisced about walking in her ancestors’ footsteps while learning to make a traditional berry picking basket out of cedar bark from our grandmother cedar tree.

“My first summer at Mountain Camp was the first time I ever ate huckleberries. That was two years ago during a drought in that area, so they weren’t as ripe. The shrubs were dry and it was sad to see this usually lush green area look like that,” described Kaiser. “We still did all as planned and was still fun and enjoyable to pick the berries, eat them, make baskets and so on. At last year’s Mountain Camp adventure, there were so many berries, all of them were ripe and the taste was spectacular!” 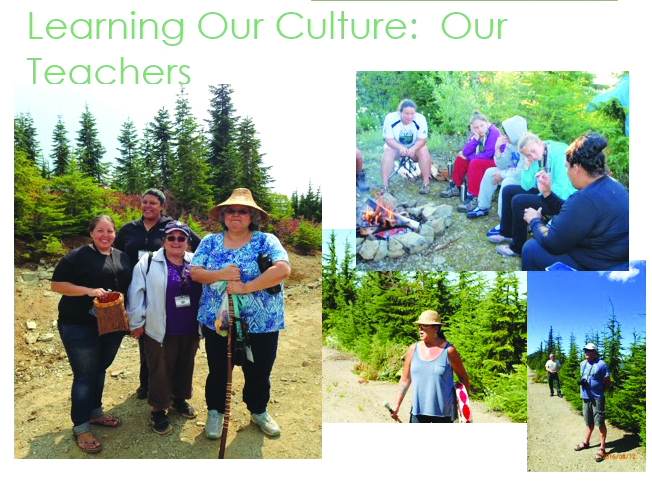 As part of Mountain Camp last year, campers launched the very first work that is part of our Tribes’ 10-year plan to make sure huckleberries continue to grow in this area.  The work they began in the huckleberry fields involved work to enhance the huckleberries’ growth by cutting down competing species that were shading out the berries and could prevent the mountain huckleberries from flourishing.  This was a team effort by all the kids, camp staff and a few more volunteers. A highlight of their presentation, pictures and video were shown detailing the huckleberry stewardship work.

Concluding their presentation there was a question and answer segment provided for the many inquisitive minds in attendance. The huckleberry stewardship being diligently done by the Tulalip youth was further asked about. Jacynta provided an awesome response to one such question, “Working with the huckleberries and being taught how to take care of them like our ancestors once did is such an amazing experience. I feel we continue to gather berries in the area and take care of the plants in a good way like our elders teach. It’s really important to share our experience with others because then that means we are helping to spread the message behind Mountain Camp and what us youth are trying to do for the better of the Tulalip Tribes community.”

Dr. Charlotte Coté (Nuu-chah-nulth First Nation), chair of the UW’s Intellectual House Advisory Committee and co-founder of the ‘Living Breath’ Symposium, was among the audience who listened intently to Jacynta and Kaiser’s presentation.

“It was really inspiring to see young people from these Native nations understanding their culture, their traditions, and understanding it’s more than just about health. It’s about culture, community, family, and spirituality,” remarked Dr. Coté about the Tulalip youths’ presentation. “It’s all tied into connecting or reconnecting to your traditional foods and we really saw that in their presentation. You could tell they were speaking from their heart. It’s so important because this event focuses on youth so that we can inspire each other, but to also emphasize listening to the next generation. They are our future leaders, and here they are at such a young age understanding the importance of living their culture, while sharing their beautiful experiences with us.” 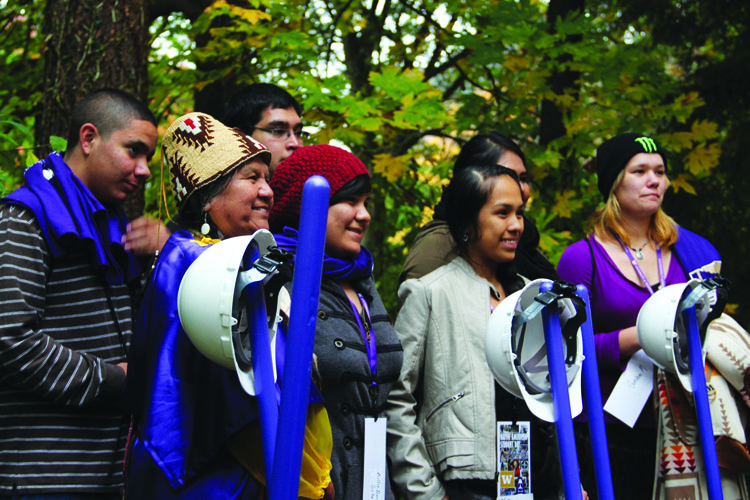 Native students and faculty at the University of Washington celebrated the October 25th groundbreaking of the new longhouse.
Photo/Andrew Gobin, Tulalip News

SEATTLE – Amidst university buildings with styles ranging from classic to modern, an old style is being resurrected. Wәłәb?altxw, or Intellectual House, is the first permanent longhouse structure to be raised on the University of Washington (UW) campus since its founding in 1861. Native students and faculty celebrated the October 25th groundbreaking of the new longhouse with a feast, hosting many tribal dignitaries from local Indian tribes and Native groups. The new longhouse will be a gathering place for all, and a chance to educate people about the culture of Pacific Northwest tribes.

Charlotte Cote, Professor of American Indian Studies, said,  “As a Native, and I’m Native faculty, you come to places like this, these educational institutions, and you don’t see yourself. To have something like this is not only going to be a welcoming space for our students, but a safe place and a comfortable place that will improve their overall educational experience here at UW. It gives me great pride to be a part of this project.

“I want to acknowledge the tribal leaders and elders we have with us today,” Cote continued “I think it is important to note that, collectively, they funded a great deal of this first phase of a two-phase project.”

Forty years in the planning, the longhouse project survived budget cuts and plan changes that prevented the project from moving forward. Funding from local tribes, over the last 5 years, provided the final push to make this dream a reality.

The longhouse design remains traditional with a modern take. It is a two-building concept, in the Coast Salish style, to honor the tribes that remain in the area, though all Native students should feel welcome. The name of the project changed many times, finally returning to its original, Wәłәb?altxw, so named by Vi Hilbert, a member of the Upper Skagit tribe who made it her life’s work to preserve Salish language and culture. The late Hilbert’s contributions to the university, as well as Puget Sound tribes’ efforts on language preservation, will live on and be honored with this house.

Located near the quad, at the heart of campus, next to Lewis Hall, the current plan schedules the longhouse to be open December of next year.

“The University of Washington has a hundred year standard, meaning anything they build has to last at least 100 years. And then we renovate. So this building will stand in this place for more than 100 years, like the spirits of the ancestors upon whose land it stands. There will always be a place for Native students at the University,” said Cote.