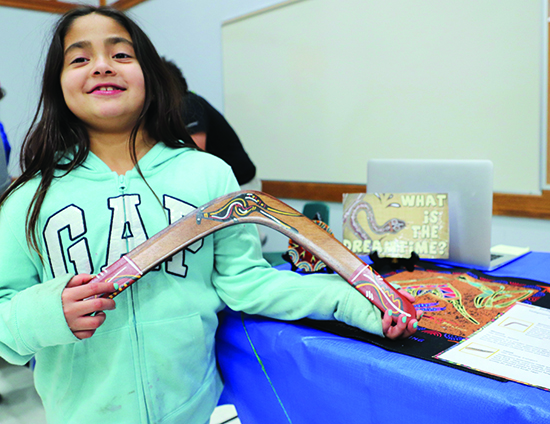 Students of Quil Ceda Tulalip Elementary, along with their families and friends, were captivated by the richness of Latin American song and dance during the annual Cultural Fair held on February 28th. In collaboration with Marysville School District’s (MSD) Indigenous Education and a truly dedicated school staff, it was an amazing evening to celebrate the diverse community that is Tulalip/Marysville.

Over two hundred participants filled the elementary’s multi-purpose room where a variety of family-friendly activities and information stations were both available to engage in while broadening cultural understanding. Additional incentives to tour each station came in the form of edible worldly snacks that sparked curiosity in the mind and to the palette. 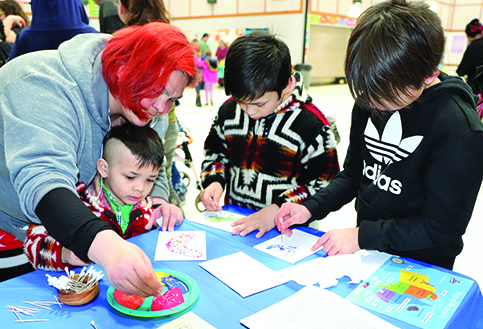 Interactive booths represented cultures from around the world, including Tulalip, Mexico, Guam, Ireland, Australia, and the United Kingdom. Traditional powwow music was broadcast through the school’s speakers, while a Spanish guitarist also shared his soothing tones with children and parents alike.

“It’s always nice to learn about other cultures because it creates a better understanding between people,” shared QCT teacher Ms. Sablan. Along with her daughter, the duo were presenters of the Guam station. “I taught on Guam for six years and during that time I loved learning about the culture. While there I married and had a daughter who is Pacific Islander. My passion for embracing vibrant culture was the reason I become an educator at Tulalip after attending a Salmon Ceremony years ago.” 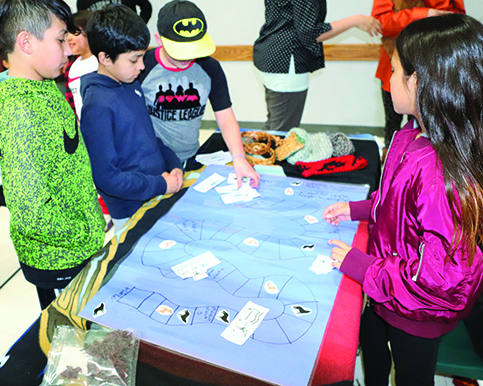 As fair goers made their way around the culturally informative stations they gained insights into cultures and traditions different than their own. Lushootseed language warrior Maria Martin shared a board game she created. It teaches Lushootseed, traditional Coast Salish culture, and some history via the laid back atmosphere of a children’s game. When the users finished the game their prize was smoked venison and, hopefully, having learned a Lushootseed word or two. 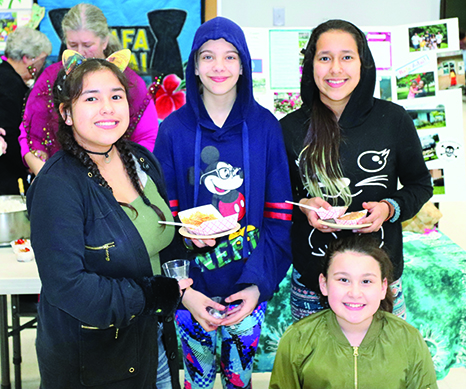 Quil Ceda Tulalip newcomer, 4th grade teacher Gina Bluebird worked tirelessly to make enough mini frybreads for everyone to enjoy. “This is my first year working for the elementary. I really like they recognize the culture of the community, the culture of the students, and whose land we’re on,” she shared. “I appreciate how open the school staff is to learning about Tulalip culture and the emphasis put on learning about historical figures, like Billy Frank, Jr.”

An arts and craft station demonstrated how cultures indigenous to Australia paint vibrant colored stones and rock formations. Children summoned their inner artist to create animal figures, like the kangaroo, sea turtle or sand viper, on the smooth stones using toothpicks and their choice of paint. 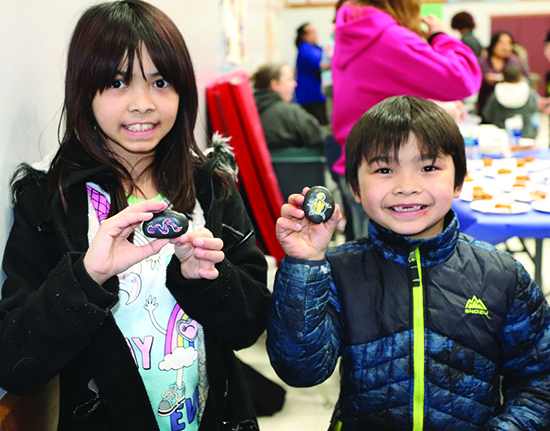 The evening’s featured entertainment was Los Solecitos Del Valle, a Latin youth dance troop out of Skagit Valley. Their performance captivated the attention of everyone young and old during the riveting display of tradition and heritage.

“All the dances we shared today are from the state of Jalisco in Mexico, which is really known for colorful dresses with ribbon, colorful embroidered sombreros, and fast, stomping steps” explained dance instructor Andrea Alaniz. “All the dancers are between 5th and 8th grade now, but have been together since Kindergarten. We’re about community and preserving culture, while learning the history behind the music and dance.” 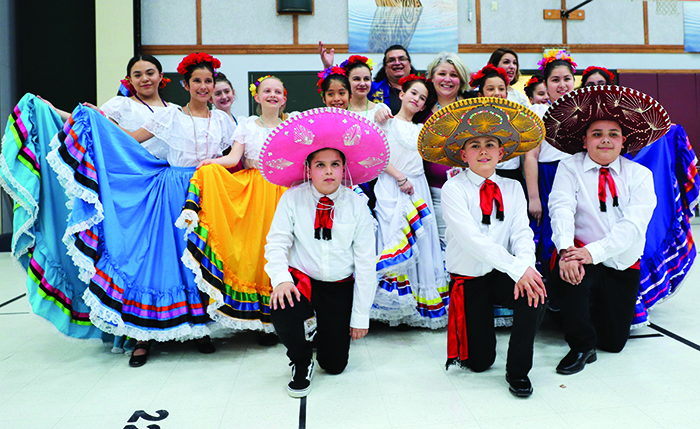 “It’s so exciting every time we perform at a new event,” added 13-year-old and lead-dancer Natalia Lopez. “We really enjoy being able to share our culture with people through song and dance.”

The annual Cultural Fair was a tremendous success in putting a spotlight on the richness of a diverse community, as traditional knowledge was gained and shared. For those with a strong understanding of historical context, the fact that people of all backgrounds participated and enjoyed the cross-cultural exchange on a Native American reservation featuring Latin youth performing their dances is a testament to the power of progress. 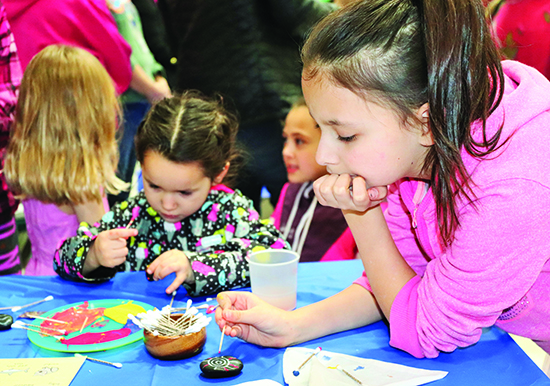 “Putting on the Cultural Fair takes coordination and cooperation from so many individuals,” reflected QCT Principal Douglas Shook. “Our assistant Principal Kelly Parsons rallied our staff and coordinated outside groups to be a part of this special night. It means so much for our students to not only know their own local culture, but to also know the culture of their friends, neighbors and teachers.

“It’s important for us to embrace the differences we have and to celebrate our own stories. An event like the Cultural Fair helps to promote not only tolerance, but acceptance. That acceptance makes us more relatable and more human.”