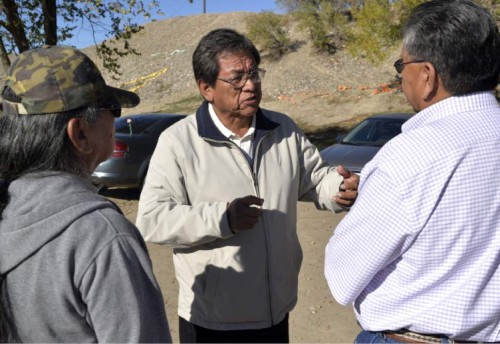 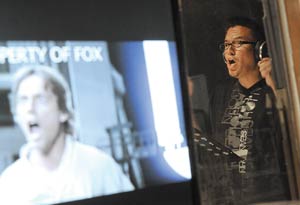 T he Force proved to be strong with this group of Navajos as they earned the seven primary roles in the upcoming Navajo-language version of “Star Wars.”

Terry Teller, of Lukachukai, Ariz. will be the voice of Luke Skywalker.

“It is pretty pretty awesome,” Teller said happily, adding that he enjoyed the audition because it required him to really act. “Since it was going to be the first movie in Navajo I wanted it to be the best,” he said. “I challenged myself to play the role, as it needs to be. It was hard because I have never done anything like that before.”

Anderson Kee of Cottonwood, Ariz. will be the voice of Obi-Wan Kenobi.

Kee said the way the Obi-Wan Kenobi talks about the Force in the movie reminds him of a Navajo medicine man, especially when he says the words in Navajo.

“It was a new experience for me,” he said.

Clarissa Yazzie of Rock Point, Ariz. will be the voice of Princess Leia.

Yazzie said she enjoys Princess Leia’s sarcastic and dominating personality because she feels that her personality closely resembles Leia’s.

“I was excited to just be a part of the whole experience,” she said.

James Junes of Farmington, N.M. is the voice of Han Solo – and one of the very few experienced actors to win a part. Junes is part of the comedy team James and Ernie, and has had roles in low-budget films on the Navajo Nation.

Marvin Yellowhair of N.M. is the voice of Darth Vader.

Yellowhair said he wanted to be Darth Vader because he is the main character he remembers from Star Wars, mostly due to the fact that the villain is always in control and he is a leader. He said it related to him as a coach at Rock Point High.

“It felt so good being involved with this project,” he said.

James Bilagody of Ariz., another experienced performer, is the voice of General Tarkin.

The Navajo voice of C-3PO is a “surprise,” said director Ellyn Stern Epcar. “It will be unveiled on July third.”

“All the people that were cast fit the voice perfectly and they gave awesome performances,” said Manuelito Wheeler, Navajo Nation Museum director. “The directors, they chose the right people.”

Epcar is from Epcar Entertainment, a company based out of Los Angeles, Calif. She was hired under Deluxe Entertainment to direct the dubbed film. She said she has been doing this type of work for over 30 years.