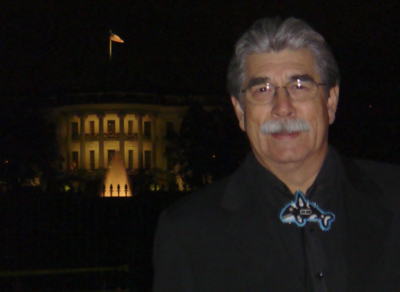 In the interview series Meet Native America, the Smithsonian National Museum of the American Indian invites tribal leaders, cultural figures, and other interesting and accomplished Native individuals to introduce themselves and say a little about their lives and work. Together, their responses illustrate the diversity of the indigenous communities of the Western Hemisphere, as well as their shared concerns, and offer insights beyond what’s in the news to the ideas and experiences of Native peoples today.

Please introduce yourself with your name and title.

Melvin R. Sheldon, Chairman of the Board of Directors of the Tulalip Tribes.

Where is your nation located?

Tulalip, Washington, is about 35 minutes north of Seattle, next to Interstate 5. The closest city outside the reservation is Marysville, Washington.

Where are your people originally from?

We are the successor of interest to Snohomish, Snoqualmie, Skykomish, and other allied tribes and bands signatory to the 1855 Treaty of Point Elliott. We lived from the mountains down to the salt waters of the Coast Salish Sea.

What is a significant point in history from the Tulalip Tribes that you would like to share?

Recently Northwest tribes remembered the Judge Boldt decision of 1974. This decision recognizing treaty fishing rights redefined and reconnected a way of life for Tulalip people. Our tribal men and women are proud to be salmon fishing people.

How is your national government set up?

We have a constitution and bylaws adopted in 1936. Our governing body is composed of a seven-member Board of Directors. The board is a legislative body that creates laws that govern our reservation.

Is there a functional, traditional entity of leadership in addition to your modern government system?

As in many tribes, our elders have a strong voice in tribal affairs. Their history and traditional values keep us grounded as we move forward and face the challenges of a growing tribe with outside competing values.

How are elected leaders chosen?

Each year board members are elected by popular vote. We have three-year terms on a staggered schedule. Each year at General Council, executive offices are chosen by those present; the chairman, vice chair, secretary, and treasurer are elected on that day for the next year.

How often does the Board of Directors meet?

The Tulalip board meets once a month to conduct official business as mandated by our constitution. We have committee meetings throughout the week as we oversee our business and service needs.

What responsibilities do you have as a leader?

As chairman I preside over monthly meetings and the General Council. Further duties include representing our tribe at meetings of all levels and being principal spokesperson.

How did your life experience prepare you to lead your tribe?

Learning to listen became a major foundation as I entered leadership. People don’t care how much you know until they know how much you care!

Who inspired you as a mentor?

Tulalip has been gifted with great leadership through the years. There are many of our past leaders who left behind a legacy, and they have become mentor examples. I thank them and raise my hands to our past leaders.

Approximately how many members are in the Tulalip Tribes?

Today we have just over 4,300 tribal members.

What are the criteria to become a member of Tulalip?

We have a residency requirement for membership.

Is your language still spoken on your homelands? If so, what percentage of your people would you estimate are fluent speakers?

Our language, Lushootseed, was almost lost, but through several key elders and tribal support we were able to revive our language. Today we teach our young ones Lushootseed.

What economic enterprises do the Tulalip Tribes own?

To read the full interview, visit the NMAI series here.