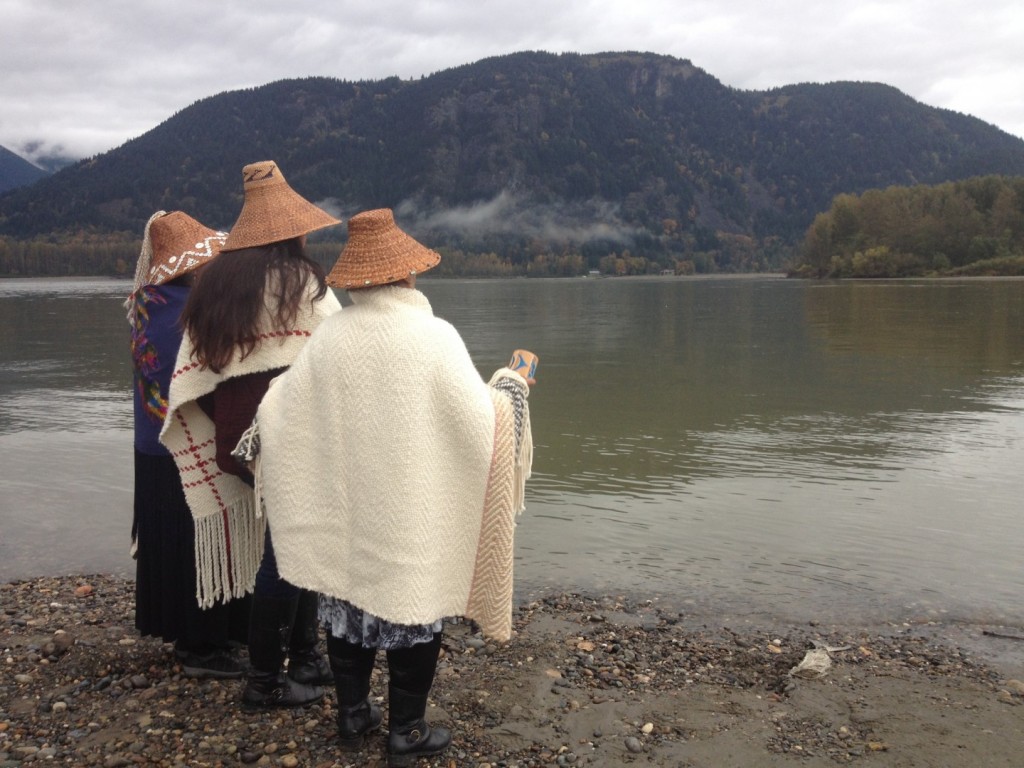 Elders, fishers, leaders and youth presented testimony opposing the project to Canada’s National Energy Board in Chilliwack. The NEB will make a recommendation on the future of the pipeline to Canada’s federal government, the ultimate decision-making body for the project. 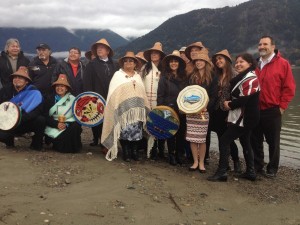 The proposed oil pipeline would roughly triple the capacity of the existing pipeline, from 300,000 barrels per day to 890,000 per day. It would run alongside an existing pipeline that stretches from the Alberta tar sands oil fields to an oil shipping terminal in Burnaby, greatly increasing the traffic of oil tankers carrying diluted tar sands bitumen through Canadian and US waters.

“The proposed pipeline, if approved, will increase the risk of oil spills and cause more disruption of our fishing fleet. The Suquamish Tribe has a duty to stand up to further threats to our Salish Sea fishing grounds, which have sustained our people since time immemorial,” said Suquamish Chairman Leonard Forsman.

“If the pipeline is approved, there will be a massive increase in tanker loadings,” said Tulalip treasurer Glen Gobin. “This increased traffic will directly interfere with access to traditional and treaty-protected fishing areas, and put the safety of tribal fishers at risk—not to mention drastically increase the chance of a catastrophic oil spill,” he said. “My father, Bernie Gobin, fought side by side with leaders such as Billy Frank Jr. to ensure that salmon, the very essence of who we are as Coast Salish peoples, live on from generation to generation. We fight for our past and our future.“

“Like the sea, Coast Salish people acknowledge no boundaries. We are united to protect the Salish Sea,” said Chemainus First Nation member Ray Harris. “It’s a danger to the environment, a violation of aboriginal fishing rights, and a threat to all people who call this unique place home,” he said.

“We do find lots of support from far and wide, actually surprising support from the Mayors of the Lower Mainland, huge environmental groups that are on our side. I got lots of faith in the future. Hopefully that’ll be there for our kids and grandkids.”

Tulalip councilwoman Deborah Parker said she hoped the protest would be a day for healing.

“Really my hopes are that the NEB and Kinder Morgan will hear our words. and I know they will be some pretty powerful words,” she said. “The words need to keep coming forward so we’re not living in this fear and in as much pain we have been.

Coast Salish peoples are the indigenous people of the Pacific Northwest, and have traditionally lived along the coasts of Oregon and Washington in the United States, and in British Columbia, Canada.