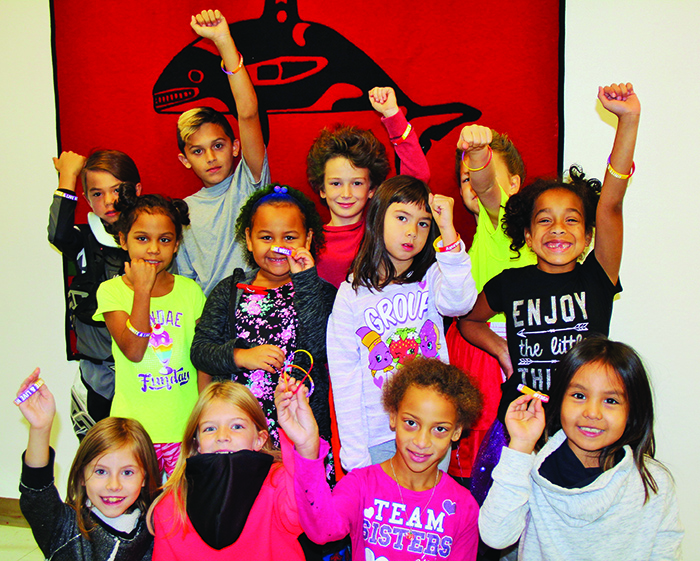 In an effort to inspire eager to learn students to live a drug-free life, Quil Ceda Tulalip Elementary participated in Red Ribbon Week from October 23 to 27. This year’s theme was “Your Future Is Key, So Stay Drug Free.” Students, parents, and staff were invited to participate in daily activities to promote positive, healthy living.

“The message behind Red Ribbon Week was explained really well to our students during our daily assemblies and through in-class activities,” said Principal Douglas Shook. “The most powerful piece was the pledge that the students took with our Youth Service Advocates, Doug Salinas and Malory Simpson. The pledge of belief in one’s self and to be all that they can be to stay drug free resonates with our students when they have trusted adults reinforcing this belief. My hope is that this pledge lives, not only during Red Ribbon Week, but throughout the year.” 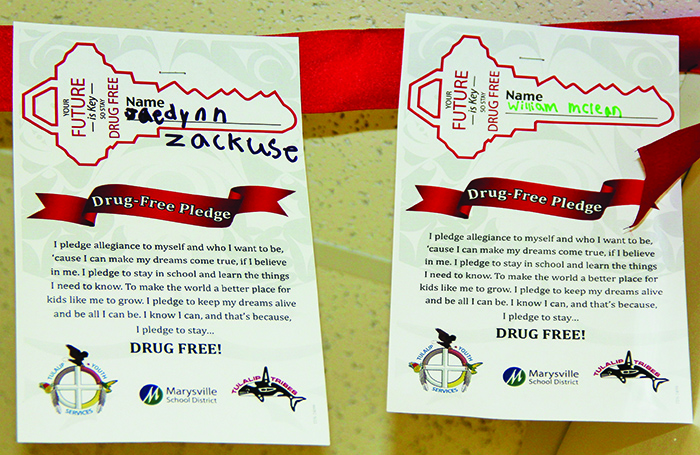 During the week, QCT students filled out a pledge to be drug-free that were then linked together in a unified chain put on full display at the front entrance of the Elementary. There were several in-class activities, most notably a poster making contest with the theme of staying drug-free that got the participation of all classes. Class winners were celebrated with an Italian soda party.

Students were most excited to participate in the themed dress up days. One day they looked to the future while wearing the colors of their favorite college, and on another they brought out their inner superhero to assemble in Avengers-like fashion.

“Red Ribbon Week brought drug awareness to our students. They pledged to live their life drug-free in pursuit of their goals and to make sure drugs wouldn’t be a road block to finding success in life,” explained school advocate, Doug Salinas. “As a community, we need to spread the word of drug prevention and do healthy activities in order to keep our youth safe.” 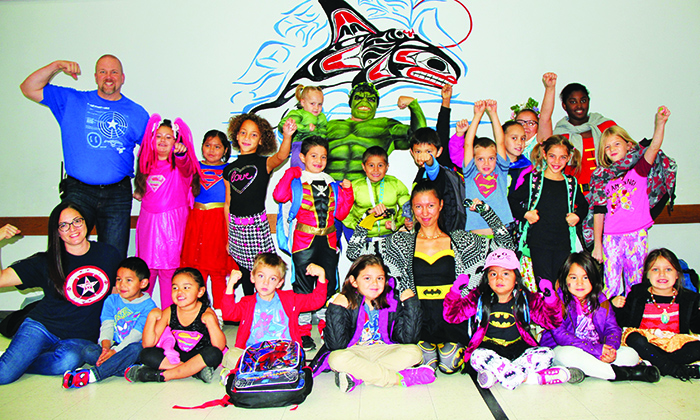 “In our community, we have kids who might see drugs and alcohol every day and think that kind of activity is normal,” adds fellow advocate, Malory Simpson. “For these students, it’s important for them to learn about drug-free living and to understand that they have the choice to make their own future. They made those drug-free pledges and it could have long-lasting meaning for them.”

At the end of the week, it’s safe to say every student at QCT received a quality lesson in what it means to live drug-free and is more aware of drugs and drug prevention than they were before. Just having the conversation itself is critical. Evidence shows that children of parents who talk to their youth regularly about drugs are 42% less likely to use drugs than those who don’t, yet only a quarter of youth report having these conversations. For QCT students, the seed has been planted. 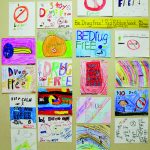 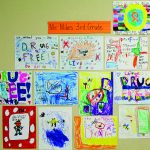 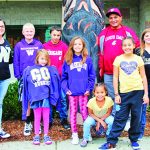 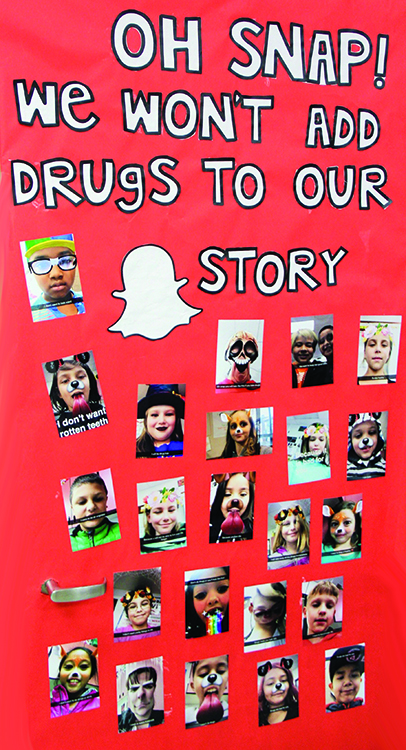 “The Tulalip Tribes and Marysville School District partnered to create a special month-long program called Unity Month and it was in full effect during October,” stated Ashley Tiedeman, Tobacco Cessation Program Coordinator. “Each week our goal was to focus on a different topic, such as domestic violence and bullying prevention. For the last week of October the topic was suicide prevention for the older kids, grades 6-12, while the younger kids, K-5, got Red Ribbon Week.”

On Monday, October 24, the tobacco and drug prevention campaign kicked off. QCT students and staff were encouraged to wear the color red and all received an invitation to a special breakfast before the morning assembly. The youthful minds who attended the breakfast got a nutritious, fruit-filled breakfast to snack on while Ashley and her colleague Rachel Steeve handed out custom #UnityMonth bracelets and stickers. The pair of Smoking Cessation experts used the time to also educate students on the health risks and concerns of smoking cigarettes. When hearing of all the deadly chemicals and nastiness in cigarettes the children’s focused faces immediately mirrored that of Mr. Yuk.

Throughout the week QCT students had the opportunity to take a pledge to be drug-free, stand together as links in a unified chain to live healthy lifestyles, look to the future while wearing the colors of their favorite college, and complete several drug-free activity worksheets that could be exchanged for popcorn at lunch time.

“The kids were so excited and they really got into Red Ribbon Week because the activities changed every day. The activities made the kids so eager to learn and they really emphasize all the benefits of being drug-free,” said Moiya Rossnagle, Family Liaison for QCT. “Watching them fill out their pledge cards to be drug and alcohol-free was a definite highlight.” 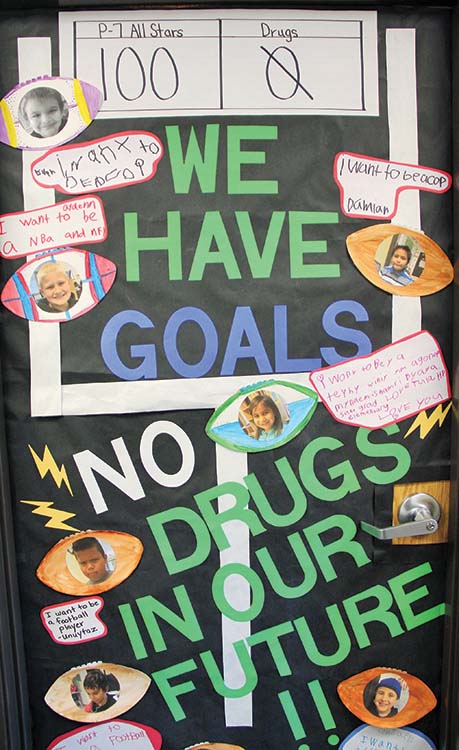 Red Ribbon Week came to an end with the conclusion of the final activity, a door decorating competition. Each classroom spent the week decorating their doors for the contest held on Friday, October 28. The winning classroom would be awarded a Popsicle party, so needless to say the stakes couldn’t be any higher.

“We wanted to get all the classes excited and what better way than to have a friendly competition where the kids could get creative and really show different ways to promote living healthy and being drug-free,” marveled Ashley. “The kids put so much effort and thought into decorating their classroom doors. It was just amazing to see what each class came up with. Each class did such a great job that we couldn’t pick just one winner, they were all winners for celebrating Red Ribbon Week.”

Ultimately, each class was deemed a winner and all the students got to bask in the glory that is a Popsicle party. Hopefully, while enjoying the yummy treat each student took a moment to reflect on what they’d learned over the past week. Understanding the importance of staying focused on their dreams and not letting negative things like substance abuse sidetrack them from all the potential and greatness a drug-free life has to offer. After all, there are many more Popsicle parties to be had. 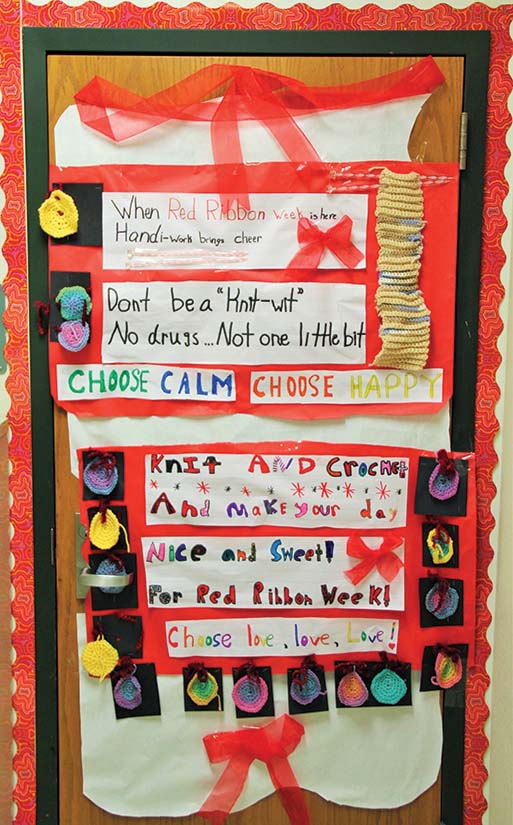 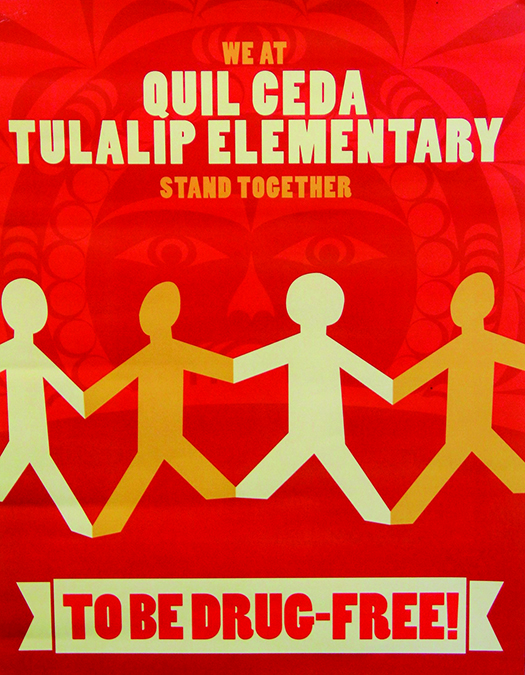 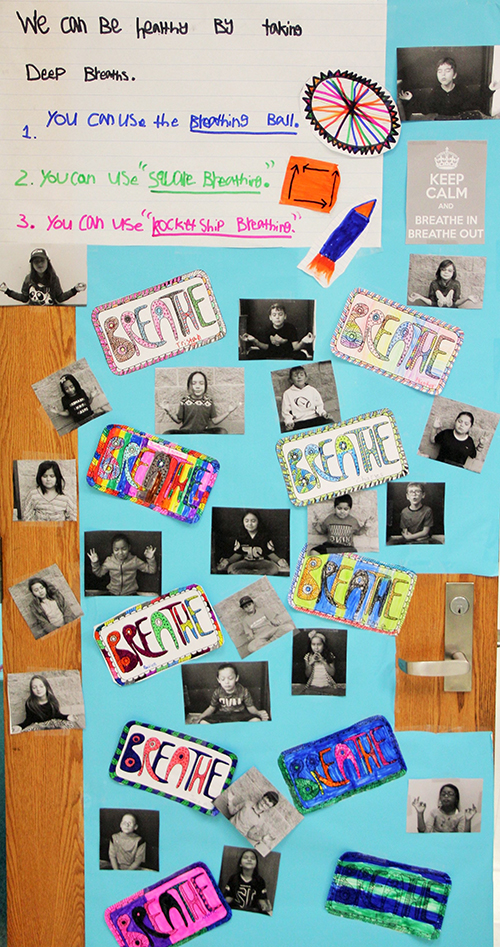 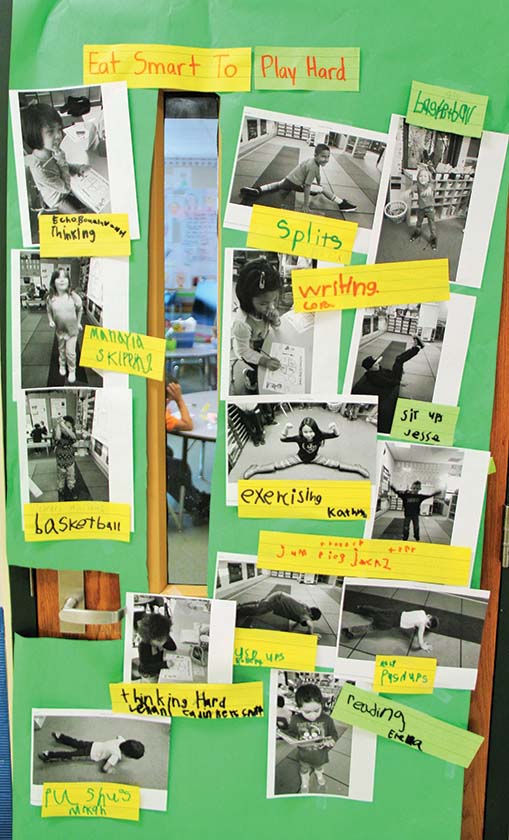 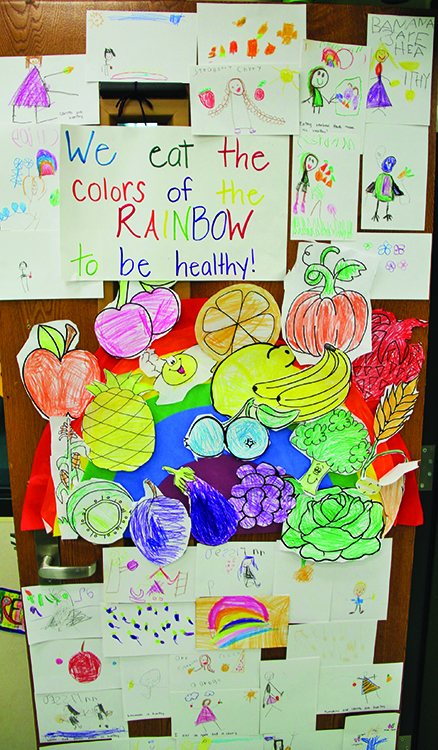 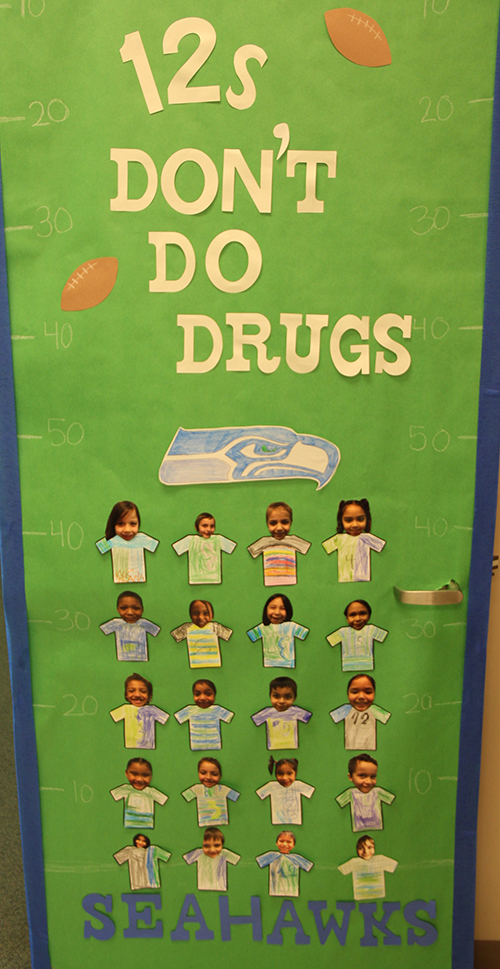